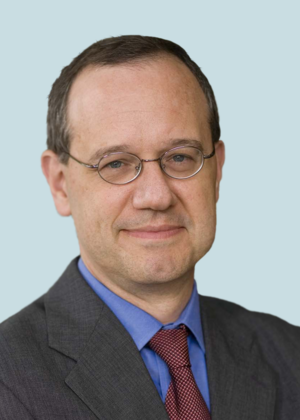 Aaron Friedberg is a professor of international affairs at Princeton University who has served as a member of the American Enterprise Institute’s Council of Academic Advisers. A well-known Asia hawk who served as a national security adviser to Vice President Dick Cheney, Friedberg was also a founding member of the Project for the New American Century, a neoconservative pressure group that helped build public support for attacking Iraq after the 9/11 attacks.

Friedberg considers China to be a “strategic challenge of historic dimensions” for the United States. In a 2015 commentary for Politico he worried that the 2016 presidential candidates were failing to focus sufficient attention on China, writing: “[M]ost of the likely Republican contenders are talking tough on foreign policy and criticizing the Obama administration for its evident failings in handling Russia, Iran, Syria, and the Islamic State and other Islamist extremists. These threats are undeniably pressing but, in the long run, all of them pale in comparison to the strategic challenge posed by China. Yet China and Asia more generally have thus far been almost entirely absent from political discourse over the future of American foreign policy.”[1] 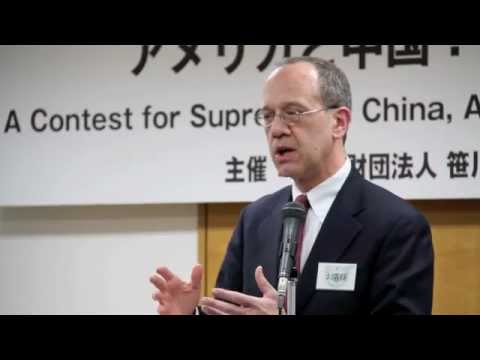 Friedberg’s fears about China are long-standing. In 2000, he contributed a chapter on China for Present Dangers, edited by PNAC co-founders William Kristol and Robert Kagan. More recently, Friedberg contributed a chapter to a 2015 book published by the neoconservative John Hay Initiative, an organization which has been dubbed a “rebirth of the Project for the New American Century.”[2] Titled “A New China Strategy,” Friedberg’s chapter called for a U.S. approach towards China that “is more forthright in acknowledging the extent and severity of the challenge posed by Beijing’s growing strength and broadening ambitions, more forceful and determined in defending U.S. interests and values, and more skillful and farsighted in integrating all of the instruments of American national power and working with like-minded friends and allies.”[3]

When Friedberg was appointed in May 2003 to the post of deputy national security adviser working under I. Lewis Libby in the Office of the Vice President, many observers saw it as a sign that the Bush administration was going to take a harder stance toward China. It was also seen as a victory for neoconservative ideologues both in and outside the administration.

John Gershman, an Asia specialist at New York University, said of the appointment: “There really haven’t been top people under Bush who knew much about China. He’s the first one. … [Friedberg] fits clearly into the group that has been dominant in the administration since the Sept. 11, 2001 attacks on New York and the Pentagon. … He’s a China-threat person without being hysterical about it. But his appointment is a clear sign that the cooperation that has emerged between the U.S. and China on the war on terrorism and North Korea is entirely tactical, and that Cheney is still inclined to see China as a strategic competitor.”[4]

After his brief stint in government, Friedberg returned to Princeton, where he has continued to focus on Asian security issues. Commenting on President Obama’s 2010 trip to Asia, when the president deliberately did not visit Beijing, Friedberg wrote in The New Republic: “Over the last several years, many Chinese analysts and strategic thinkers have concluded that American power is rapidly on the wane, and some appear to believe that it may now be possible for Beijing to act more decisively in reshaping Asia according to its own preferences. In order to reduce the risk of Chinese miscalculation, the United States and its Asian friends and allies will need to act in ways designed to insure that the overall balance of power remains overwhelmingly in their favor. This will require closer coordination on strategic issues among countries like Japan, South Korea, India, and Australia, as well as between each of them and the United States. And it will necessitate some new defense programs designed to counter and neutralize the more troubling elements of China’s ongoing military build-up. Beijing will object strenuously to any such moves, but neither the United States nor its democratic partners should allow themselves to be dissuaded from taking measures whose true purpose is to bolster stability and keep the peace.”[5]

According to his Princeton bio, Freidberg initially joined the faculty in 1987 and served as “Director of Princeton’s Research Program in International Security at the Woodrow Wilson School from 1992-2003, as well as Acting Director and then Director of the Center of International Studies at Princeton in 2000-2001 and 2002-2003.”[10]

Friedberg is the author of several books, including The Weary Titan, 1895-1905: Britain and the Experience of Relative Decline (Princeton University Press, 1988) andIn the Shadow of the Garrison State: America’s Anti-Statism and Its Cold War Grand Strategy (Princeton University Press, 2000).[11] His latest book is A Contest for Supremacy: China, America and the Struggle for Mastery in Asia, published in 2011 by W.W. Norton.[12]