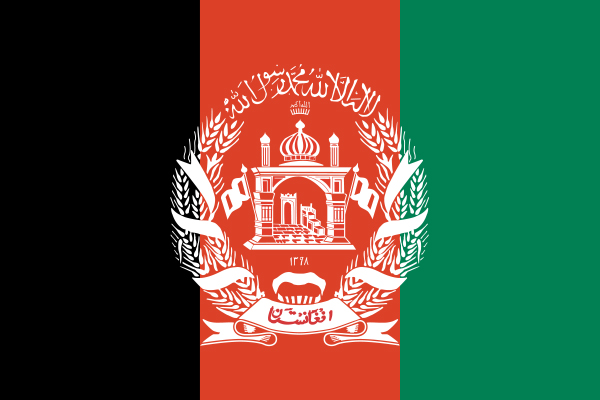 A U.S.-Taliban agreement that paves the way for an Afghan peace process is the path more likely than any other to end the war and permit Washington to withdraw without prompting further chaos.

(LobeLog) What’s new? The U.S. has stopped talking to the Taliban, following President Donald Trump’s tweet revealing that he had scheduled a Camp David summit with the insurgents only to call it off.

Why does it matter? A U.S. deal with the Taliban on a narrow set of issues is necessary to pave the way for more important peace negotiations among Afghans. A draft deal that reportedly included a Taliban commitment to intra-Afghan talks had been ready for signature.

What should be done? The U.S. should pick up the process where it left off and finalise its agreement with the Taliban. The Afghan parties should prepare for a peace process to immediately follow.

President Donald Trump’s suspension of U.S. talks with the Taliban has thrown U.S. policy toward Afghanistan into disarray. Beginning in late 2018, and for the first time, the U.S. had put at the forefront of its policy the aim to negotiate a political settlement of the conflict that includes a path for withdrawal of U.S. forces. Nearly a year of intensive diplomacy had brought a draft U.S.-Taliban agreement to the verge of signature. Then, on 7 September, Trump upended plans to seal the deal, tweeting that he had invited Taliban leaders to the Camp David presidential retreat and abruptly called off the event. He followed this news by declaring that talks between the U.S. and the Taliban were “dead”, in effect scuttling the more important negotiations among Afghans that were to follow. In reality, however, Washington has no good alternative to reviving talks on the same basis as before the disruption. The U.S. should pick up where it left off, concluding an agreement that sets the stage for an intra-Afghan peace process and thus offers hope of ending Afghanistan’s decades-long war.

Trump’s scuppering of talks has not improved Washington’s limited options in Afghanistan. First, the U.S. could unilaterally withdraw its forces, irrespective of progress toward intra-Afghan negotiations. In this case, the conflict would continue, with violence likely intensifying as the Taliban seek to capitalise on U.S. withdrawal and the anti-Taliban forces engage in an existential fight. Afghan government forces and allied militias could fracture, particularly if U.S. and other funding declines. Afghanistan’s neighbours and other regional powers would likely back proxies in the ensuing multi-sided struggle.

Option two would see the U.S. maintain current or somewhat reduced troop numbers, continue to back up Afghan government counter-insurgency operations in the hope of altering Taliban calculations, and continue to conduct counter-terrorism strikes and raids from inside the country. “Staying the course”, as this option is often dubbed, is also a recipe for war with no foreseeable end. Over the past decade, despite the U.S. deploying many times more troops (at the peak) than it would plausibly commit today, the U.S. and government forces have not defeated the Taliban. As U.S. force levels have fallen, battlefield dynamics have steadily shifted in the insurgents’ favour. Afghans would pay a high price for either of the first two options. Already, the war in Afghanistan is the world’s deadliest.

The third and best option is to pursue a negotiated settlement of the conflict. This policy choice requires reopening talks with the Taliban as a next step. The Camp David debacle set back talks but probably not fatally; insurgent leaders have indicated that they are willing to return to negotiations. Diplomatic spadework would be needed to get the Afghan government to retreat from its critical rhetoric about the draft deal that burst into the open after the debacle, but this may need to wait for the dust to settle from the 28 September presidential election. The U.S. also would need to rebuild regional powers’ confidence in its commitment to the negotiations route.

It has been only a year since the U.S. has put pursuit of a deal at the centre of its Afghanistan policy. In that time, U.S. Envoy Zalmay Khalilzad appears to have come close to securing an agreement that won sufficient Taliban concessions to justify the concessions made in return – particularly against the backdrop of a U.S. political tide turning toward a troop pullout. The text is not public, but U.S. officials say the deal sets out a timeline and conditions for the drawdown of U.S. forces in return for Taliban pledges to cut ties with al-Qaeda, stop transnational terrorist groups operating from Afghanistan and, importantly, enter intra-Afghan talks. Because the Taliban has long rejected negotiating with the Afghan government, which it portrays as illegitimate, its pledge to do so surmounts a major obstacle to a peace process. The Taliban would not have made such a commitment had Washington not – after years of resistance – conceded to the group’s insistence on up-front direct talks with the U.S., resulting in agreement to withdraw forces.

Negotiations do not guarantee but at least offer some hope of ending the war. Washington would have to accept uncertainty over the timing of its military withdrawal. Troops and aid are the main sources of U.S. leverage, and some U.S. military presence, even if reduced, would give intra-Afghan negotiations the best prospects for success, though the U.S. can continually assess its presence as intra-Afghan talks proceed. Whether the Taliban, Afghan government and other anti-Taliban powerbrokers can agree on what the Afghan state and security arrangements will look like is uncertain. Both sides may face resistance in their own ranks. But a U.S.-Taliban agreement that paves the way for an Afghan peace process is the path more likely than any other to end the war and permit Washington to withdraw without prompting further chaos. The U.S. has fought for almost two decades in Afghanistan yet prioritised peace talks for less than a year. Forsaking diplomacy now makes little sense. The sooner U.S. political leaders allow their diplomats to get back to the table, the better.