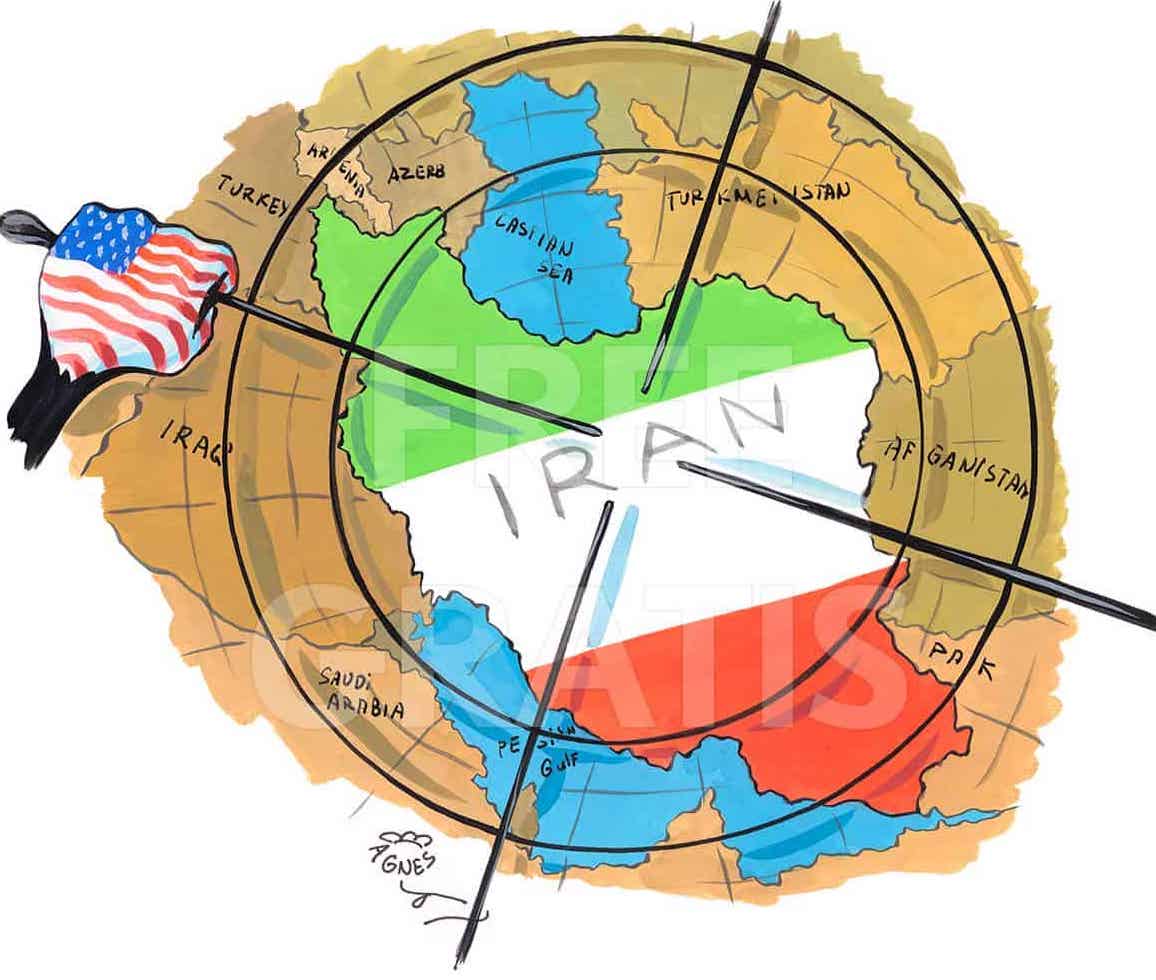 (Lobelog) President Trump said this week that he may have to start a new war, specifically singling out Iran.

Last year, Jim Lobe noted on this website a troublesome line of thinking from  Trump’s past: using war to distract the masses. Indeed, Lobe identified at least six times between late 2011 and early 2013 that Trump predicted via Twitter that President Obama was going to attack Iran as a way of diverting attention from his domestic political misfortunes.

Given his impending impeachment, is Trump signaling that he’s prepared to test this particular theory?

Let’s assume for a minute—and it’s a perfectly reasonable assumption under the circumstances—that President Trump’s political problems and popularity only get worse over the next months, both before and after the elections. What with anonymous “senior officials,” new revelations from “crazytown” provoked by Bob Woodward’s latest book, new indictments and/or plea bargains flowing out of the Mueller investigation, let alone little to no likelihood of a real breakthrough on North Korea or anywhere else., it’s difficult to see how Trump’s and the GOP’s current downward trajectory will be easily reversed.

So, faced with these prospects, what might a politically beleaguered president do to rally the public behind him or stave off the worst? Of course, it’s a cliché that leaders in trouble, both authoritarian and democratically elected, are often tempted to invent or exploit or manipulate a foreign crisis—including even war—against a convenient “enemy” in order to at least distract attention, if not reverse their fortunes. History is replete with examples.

Would Trump be so tempted?

Judging from all we have learned about him, you bet.

And what “enemy” would likely be the target?

Again, judging from all we know, Iran must rank at the top.

And how can we be so certain?

Because of Trump’s tweets when he thought that President Obama found himself in political trouble or on the defensive.

In order to get elected, @BarackObama will start a war with Iran.

15K people are talking about this

I predict that President Obama will at some point attack Iran in order to save face!

4,528 people are talking about this

Remember what I previously said–Obama will someday attack Iran in order to show how tough he is.

2,808 people are talking about this

Remember that I predicted a long time ago that President Obama will attack Iran because of his inability to negotiate properly-not skilled!

1,558 people are talking about this

So, Trump clearly believes that war, or at least military action of some kind against a perceived enemy—specifically, Iran—is a good recipe for reversing the political fortunes of weak or failing presidencies. In fact, it seems to be his first impulse. The association between political problems and taking them out militarily on Iran appears virtually automatic in his mind.

These assessments by Trump took place when he wasn’t even a presidential candidate, let alone president. It was a time when Bibi Netanyahu and Sheldon Adelson and the other billionaire donors from the Republican Jewish Coalition who are backing him financially and have already gotten more than their money’s worth on Israel-Palestinian issues—let alone Saudi Crown Prince Mohammed bin Salman (MbS) and his partner and mentor in war crime, UAE Crown Prince Mohammed bin Zayed (MbZ)—weren’t bending his ear about the evils of the Islamic Republic. Nor was it a time when anti-Iran super-hawks John Bolton and Rudy Giuliani (both recipients of the MEK’s largesse) or Secretary of State Mike Pompeo were among his principal “national security” advisers.

My own guess is that military action against Iran—absent some very clear and dramatic provocation—would prove politically counter-productive because all but the most diehard Trumpists would see the cynical motives that provoked it. But perhaps that perception would not be immediate. In the absence of U.S. casualties—say, a good, “clean” series of air strikes long advocated by Bolton and others against nuclear facilities and command-and-control and training centers—it might indeed rally much of the country behind him, at least temporarily.

Adults in the Room?

But that scenario assumes that Trump would carry out an unprovoked attack, a possible but unlikely development that, for example, Pentagon chief James Mattis, despite his long-held hostility toward Iran, and the Joint Chiefs are almost certain to oppose, and quite vehemently. Even Pompeo, despite his past advocacy of preemptive bombing of Iran’s nuclear sites, would very probably balk at such an action given his position of trying to persuade Washington’s traditional allies that the Trump administration is not out to obliterate the Western-led post-World War II global order. Perhaps the “adults in the room” and the anonymous “senior official(s)” who insist that Trump can be controlled and that his worst most reckless instincts will not prevail will indeed have the authority and the will to prevent such an eventuality. One can presumably take heart from the fact that the three military operations that Trump reportedly urged on his top officials in the last 18 months—against Syria, Venezuela, and North Korea—never happened.

That said, however, what of the possibility that Israel, the Saudis, or the Emiratis—or some permutation of those three—is able to stage a provocation or themselves initiate an attack of some kind that could quickly escalate out of control and involve U.S. forces? This site has not infrequently over the past year and a half published posts that raise this possibility in any number of hotspots throughout the Middle East, from Syria and the Golan Heights to the Bab-el-Mandeb off Yemen to just about anywhere in the Persian Gulf itself.

Consider further that, given the likelihood that Trump’s political position may be in terminal decline and that the Republicans will lose control of at least the House of Representatives, Netanyahu, MbS, and MbZ—either individually or collectively—may believe that the period between now and the installation of a new Congress that might seriously constrain Trump’s (or Pence’s) freedom of action may be the optimal window for initiating a conflict with Iran. This is not a prediction, of course, but it’s a possibility that, given Trump’s past tweets about the political desirability of war with Iran, should be taken seriously.