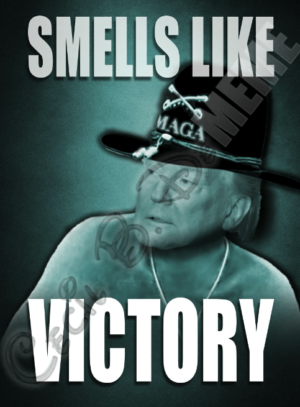 (Lobelog) Keeping track of Donald Trump’s contributions to the coming of the apocalypse is a job too big for any one person. The best I can do is check in every month or so and list a few of the latest highlights.

During the past 10 days:

(1) The Trump administration notified the UN that the US will withdraw from the Paris climate agreement in a year, the earliest withdrawal date permitted by the accord. (2) A Russian arms control official warned that the prospects for sustaining the most important US-Russia arms control treaty after its expiration date in February of 2020 have been dimmed by Trump’s refusal to discuss the matter. (3) Iran announced that, as a result of Trump’s abandonment of the 2015 nuclear deal, and his ensuing imposition of draconian sanctions, it has reactivated centrifuges in a uranium processing plant that lies deep underground, resistant to military attack (but perhaps not resistant to the bunker-busting megabombs that President Obama gave Israel and that Israel may now be tempted to use).

There’s a unifying theme here, and it isn’t just the increasingly plausible end of Planet Earth as we know it. It’s Trump’s apparent aversion to playing non-zero-sum games with other countries—that is, games that can have a win-win or lose-lose outcome (such as, respectively, avoiding a nuclear war or having one). Or at least, it’s his failure to play them well, to get win-win outcomes—and sometimes, it seems, his failure to even see that such outcomes are possible, that we live in a non-zero-sum world.

This is no news flash. Ever since the earliest days of Trump’s presidency, he’s been referred to by some as “the zero-sum president.” The label has its merits (I’ve riffed on it myself), but it has one important, even dangerous, downside.

To call Trump “the zero-sum president” makes him sound close to unique in his failure to play this country’s non-zero-sum games wisely. But in truth he is part of a long and proud American tradition of bad non-zero-sum game playing. In realms like arms control and global environmental policy, Trump is just the latest (and, yes, the loudest and most grating) expression of longstanding tendencies in American politics. Seeing those tendencies clearly is a prerequisite for formulating a sound apocalypse-avoidance strategy.

There was a powerful anti-environmentalism lobby long before Trump showed up, and plenty of people in Congress happy to do its bidding. That’s one reason Barack Obama couldn’t get the Senate to ratify the Paris agreement and so had to sign onto it via executive order—which, in turn, is one reason it’s so politically easy for Trump to exit the agreement with a wave of his pen.

And remember the Kyoto Protocol, the previous big climate change accord, signed by the US during the Clinton administration? That, too, lacked Senate ratification, a fact that made it easy for George W. Bush to announce two months into his tenure that the US wouldn’t implement it.

And as for the nuclear arms control treaty with Russia that Trump may let expire next year, the New START treaty: though it did win ratification in 2010, that required a grueling political effort by the Obama administration, and half of Senate Republicans still voted against it. Eight years before that, Republicans had taken a bigger toll on arms control. Under George W. Bush the US withdrew from the Anti-Ballistic Missile treaty, which had been one of the great diplomatic feats of the Cold War era.

I don’t want to make it sound like Republicans are the only problem. Lots of Democratic senators joined Republicans in resisting the Kyoto Protocol. And Chuck Schumer, leader of Senate Democrats, opposed the Iran nuclear deal in 2015. Or, as Trump put it in a tweet after Schumer criticized him for abandoning the deal: “Senator Cryin’ Chuck Schumer fought hard against the Bad Iran Deal, even going at it with President Obama, & then Voted AGAINST it!”

So true. Except for the Bad Iran Deal part.

I also don’t want to make it sound like no Republicans have ever lifted a finger to save Planet Earth. The Anti-Ballistic Missile treaty that George W. Bush trashed had been signed in the first place by hippie peacenik Richard Nixon. And the predecessor of New START—the original START Treaty—was the older President Bush’s achievement and had been advocated by his predecessor, Ronald Reagan. Reagan also, by the way, helped bring us the 1987 Montreal Protocol on fluorocarbons, which protects the ozone layer and may well be the most effective truly global environmental accord ever.

And then there’s the Open Skies Treaty—which reduces the chances of war by facilitating mutual aerial surveillance among the US, Russia, and their allies. It, like START, came to fruition under the older George Bush—and was initially floated by President Eisenhower.

Oh, which reminds me: Trump is reportedly planning to abandon that treaty, too.

You may sense a pattern here: For decades, Republicans joined Democrats in supporting sound international agreements. But things started changing in the 1990s, especially on the Republican side. I don’t know why exactly, but it was around then that you started to see a couple of relevant and now-familiar themes in some conservative circles:

(1) A fear of infringements on national sovereignty that bordered on the paranoid. And, actually, it sometimes crossed that border, featuring, for example, sightings of “black helicopters” from the United Nations. These fears were sometimes bound up with anticipation of a literal, biblical apocalypse. Some people believed that Kofi Annan, secretary general of the UN, was actually the anti-Christ. (I can think of a politician who’s a better candidate for that title… but I digress.) Testament to what a pivot within the Republican party this tendency would wind up abetting is that the bete noire of these sovereigntists was “the new world order”—a phrase that had been popularized, and embraced, by George H.W. Bush in heralding an age of post–Cold War international cooperation, sometimes pursued via the UN.

(2) Populist antipathy toward coastal elites. You know, the kinds of effete cosmopolitan elites who would forge environmental accords with their fancy French friends. But back in the 1990s, the “cosmopolitan” part didn’t get as much rhetorical emphasis in the revolt against elites as it does now. The epithet popularized in 1992 by Vice President Dan Quayle (who aggressively fomented the Republican populism that would eventually make his boss Bush look like a quaint relic) was “cultural elite.” And the term’s main connotation was an alleged contempt for Middle Americans and their family values. But maybe the “cosmopolitan” part was latent in this stigmatization all along. In any event, that part is now salient.

And it does a lot of work. Branding elites as cosmopolitan makes them easier to resent and helps cast them as agents of the new world order—or, in the current and less fringy phraseology, of the dreaded “global governance.” In other words, it bridges these two big themes—sovereigntism and anti-elitism—and creates a kind of synergy between them.

Obviously, these two themes are a big part of Trump’s brand. But the point of this historical digression is how far he is from having invented them. In fact, it would be closer to the truth to say that they invented him. They rendered his political career viable and helped shape some of the unformed parts of his ideology. If he hadn’t come along, someone else would have been their torch bearer, and might well have gotten elected president.

So this is another reminder that much of Trumpism isn’t about Trump. When he passes from the political scene, there will be someone to take up the torch he was handed. For example: Would a President Mike Pence be any less an enemy of global governance than Trump? He might even be a more effective enemy; he shows no signs of being a political mastermind, but exceeding Trump’s level of competence isn’t a very tall order.

So an all-out multi-front apocalypse avoidance campaign will entail continued efforts to understand, at the deepest possible level, the forces that created this president—political forces, economic forces, cultural forces, whatever. Because they’re not going away soon, and they’re currently being harnessed to the long-term disadvantage of just about everyone. Lose-lose on a very big scale.

Robert Wright is editor of Nonzero Newsletter, where this article originally appeared, and the author of The Evolution of God (a finalist for the Pulitzer Prize), Nonzero, The Moral Animal (named one of the ten best books of the year by The New York Times Book Review), and, most recently, the New York Times bestseller Why Buddhism Is True.  He is visiting professor of science and spirituality at Union Theological Seminary in New York.