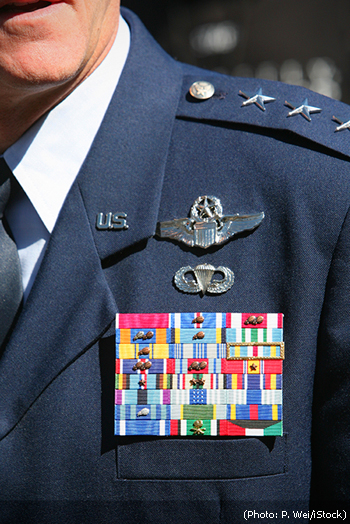 Over the course of the Iraq War, the Pentagon has used hand-picked retired military officers as “message force multipliers” to shape public opinion, a New York Times investigation revealed last month.1 According to the report, which was the product of a two-year battle with the Pentagon over the release of some 8,000 pages of documents, briefers gave talking points to the retired military men, who were then frequently showcased as experts on war matters by various media that did not make viewers aware of the experts’ administration connections.2 In fact, the media outlets were generally unaware that the analysts had received administration briefings. From the administration, these analysts received access to top-level officials (as well as tours of Iraq and Guantanamo Bay and the accompanying insider knowledge), which some of them then parlayed into business advantages, for example for defense contractors for whom they worked. From media outlets, they sometimes received payments for their contributions. These serious conflicts of interest were not revealed until the Times’ investigation.

For this display of media manipulation, former Assistant Secretary of Defense for Public Affairs Victoria C. “Torie” Clarke deserves the lion’s share of credit. While Mohammed Saeed al-Sahhaf, who as Information Minister of Iraq epitomized the clueless propagandist (he proclaimed that Baghdad was not under attack, as images of U.S. troops on the outskirts of the city played on a television screen behind him), Clarke exemplifies the sophisticated, savvy operative dedicated to spinning the war favorably for the Bush administration.

“Clarke was the Pentagon mastermind for the selling of the war and management of the media,” John Stauber, executive director of the Center for Media and Democracy, told me. “She invented the Pentagon’s ‘twin towers of propaganda’ that proved so effective: embedding news media with the troops, and embedding military propagandists into the TV media, as exposed recently by the New York Times.”3

Clarke came to her post in the George W. Bush administration in May 2001, after working in the private sector as a public relations specialist and after having served as a staffer in both the Ronald Reagan and George H.W. Bush administrations. Her biography on the website of the Harry Walker Agency, whose clients include a who’s who list of Democratic and Republican Party bigwigs, trumpets, “From the Pentagon to the private sector, Victoria Clarke has been at the center of some of the most historic events in the United States in recent years.” (E-mail requests for an interview with Clarke were unanswered at the time of publication.)

In her pre-Pentagon career, Clarke was president of Bozell Eskew Advertising, an issue-advocacy and corporate communications firm; vice president of the National Cable Telecommunications Association; and the Washington-office director for Hill & Knowlton, the public relations firm heavily involved in Gulf War I.  She also served as the press secretary to Sen. John McCain (R-AZ), and after leaving her Pentagon post wrote Lipstick on a Pig: Winning In the No-Spin Era by Someone Who Knows the Game.

When she joined the George W. Bush administration as part of Donald Rumsfeld’s Pentagon, Clarke came “to her job with distinct ideas about achieving what she called ‘information dominance,’” the New York Times reported.4

She spearheaded the idea of embedding of reporters with troops during the U.S. invasion of Iraq. In a February 2003 memo prepared for the National Security Council, Clarke—with Rumsfeld on board—argued that allowing journalists to report from the front lines would give Americans the opportunity to get the story, both “good or bad—before others seed the media with disinformation and distortions, as they most certainly will continue to do. Our people in the field need to tell our story. Only commanders can ensure the media get to the story alongside the troops. We must organize for and facilitate access of national and international media to our forces, including those forces engaged in ground operations.” 5

But given the opportunity, Clarke demonstrated that she would prefer to altogether circumvent reporters, who after all are generally expected to maintain independence, objectivity, and critical thinking in their work. Instead, she would use the military analysts to spread the Bush message. As the New York Times reported, “Other administrations had made sporadic, small-scale attempts to build relationships with the occasional military analyst. But these were trifling compared with what Ms. Clarke’s team had in mind. Don Meyer, an aide to Ms. Clarke, said a strategic decision was made in 2002 to make the analysts the main focus of the public relations push to construct a case for war. Journalists were secondary. ‘We didn’t want to rely on them to be our primary vehicle to get information out,’ Mr. Meyer said.”6

Anyone who watched television news during the run-up to the invasion, its initial phases, and the first few years of the occupation of Iraq, was probably struck by the many retired military officers who were given huge chunks of airtime. But no one—other than Pentagon officials—knew that these new media favorites on Fox News, CNN, MSNBC, ABC, CBS, and NBC had often been thoroughly briefed and armed with talking points by the Pentagon, State Department, White House, or other officials. The retired officers provided explanations of the action taking place on the ground, offered justifications for administration strategies, pointed out the hot spots in-country, and often led the pro-war cheerleading.  And whenever there was an anti-war outcry that threatened to gain momentum—for example, in 2006 when former generals came forward en masse to criticize Rumsfeld and his handling of the war—the Pentagon public relations machinery would kick into gear, briefing the analysts, giving them material with which to rebut criticisms, and then keeping tabs on the analysts’ on-air performances.

Setbacks in Iraq—like the generals’ revolt, the Abu Ghraib scandal, and the growing insurgency—brought pushback from the Pentagon by way of a new set of talking points for the well-schooled retirees.

Given the Bush administration’s predilection for trying to manipulate and manage the media—buying favorable coverage for its various programs through payments to well-known sympathetic columnists, trying to skirt the mainstream media by giving interviews and special access to supportive local news outlets, paying for favorable coverage in Iraqi newspapers—one might expect that it would develop major league messaging capabilities. But it is surprising and disappointing to see the military retirees used in this fashion.

The analysts were a group of men who were respected, knowledgeable, and had long service records, who could reach a broad audience and influence policy. “In a spin-saturated news culture, [Clarke] argued, opinion is swayed most by voices perceived as authoritative and utterly independent. And so even before Sept. 11, she built a

system within the Pentagon to recruit ‘key influentials’—movers and shakers from all walks who with the proper ministrations might be counted on to generate support for Mr. Rumsfeld’s priorities.”7

It’s difficult to know exactly what drove these men to regurgitate misinformation and disinformation to the American public, even while some suspected they were being used. Were the secret Pentagon meetings with Rumsfeld the major draw? Was it the first-class trips on government aircraft and cushy hotel stays that drew them in? Perhaps it was the contracts that these former military officers realized they could get for the defense companies they lobbied for, and the consulting firms they headed? Maybe it was ego, the garnering of fame via television face time, or maybe it was the extra cash.

One of the things that made Clarke—who left the administration in 2003 and now works at ABC, one of the networks hoodwinked by Clarke’s team of retired military officers—an effective media spokesperson is that she is a likable mom. She isn’t shrill, and she manages to maintain a rather disarming demeanor, which was on display during her televised press briefings while with the administration, and on such television programs as 60 Minutes, Good Morning America, and The Daily Show with Jon Stewart. She “revolutionized the Defense Department’s relationship with the media, humanizing the Bush administration’s military effort and restoring respect for people in uniform,” Manuel Miranda, former counsel to the Republican former Senate Majority Leader Bill Frist, told me. “A different person in her role at the Defense Department might have led to very different result at a critical time."8

Clarke also may have indirectly brought about a “revolution” in the way the Pentagon does business during the remainder of the Bush presidency. Shortly after its groundbreaking investigative report appeared, the New York Times reported that Robert Hastings, principal deputy assistant secretary of defense for public affairs, decided to indefinitely suspend its briefings program "pending an internal review."9

Bill Berkowitz is a contributor to PRA’s Right Web (https://rightweb.irc-online.org).