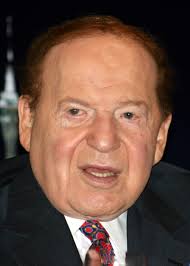 President Donald Trump has just fulfilled a campaign pledge to tear up the Obama administration’s signature foreign policy achievement, a multilateral agreement constraining Iran’s nuclear enrichment (Joint Comprehensive Plan of Action or JCPOA). In doing so, the president went against the advice of, among many others, his secretary of defense James Mattis, House Foreign Affairs Committee Chairman Ed Royce (R-CA), Washington’s three most important European allies, and almost-two thirds of Americans who believe that the U.S. should not withdraw from the deal, according to a CNN poll released on Tuesday morning.

Trump appears absolutely determined to undo as much of what Barack Obama accomplished as possible. In addition, the sheer perversity of his personality may well explain today’s action. But it may also be useful to follow the apochryphal advice that Watergate’s famous “Deep Throat” offered to Bob Woodward and Carl Bernstein in All the President’s Men, particularly in the unbelievably corrupt swamp of the Trump era.

Indeed, today’s unpopular announcement may have been exactly what two of Trump’s biggest donors, Sheldon Adelson and Bernard Marcus, and what one of his biggest inaugural supporters, Paul Singer, paid for when they threw their financial weight behind Trump. Marcus and Adelson, who are also board members of the Likudist Republican Jewish Coalition, have already received substantial returns on their investment: total alignment by the U.S. behind Israel, next week’s move of the U.S. embassy in Israel to Jerusalem, and the official dropping of “occupied territories” to describe the West Bank and East Jerusalem.

Adelson, for his part, was Trump and the GOP’s biggest campaign supporter. He and his wife Miriam contributed $35 million in outside spending to elect Trump, $20 million to the Congressional Leadership Fund (a super PAC exclusively dedicated to securing a GOP majority in the House of Representatives), and $35 million to the Senate Leadership Fund (the Senate counterpart) in the 2016 election cycle.

Trump, who had previously complained that Adelson was seeking to “mold [Marco Rubio] into the perfect little puppet,” quickly snapped around and echoed Adelson’s hawkish positions on the Israeli-Palestinian peace process and moving the U.S. embassy to Jerusalem after Trump won the Republican nomination and secured Adelson’s backing.

Politico reported that the most threatening line in Trump’s October UN speech—that he would cancel Washington’s participation in the JCPOA if Congress and U.S. allies did not bend to his efforts to renegotiate it—came directly from John Bolton, now Trump’s national security advisor, and with the full weight of Trump’s biggest donor. The hawkish language was not in the original remarks prepared by Trump’s staff.

The line was added to Trump’s speech after Bolton, despite Kelly’s recent edict [restricting Bolton’s access to Trump], reached the president by phone on Thursday afternoon from Las Vegas, where Bolton was visiting with Republican megadonor Sheldon Adelson. Bolton urged Trump to include a line in his remarks noting that he reserved the right to scrap the agreement entirely, according to two sources familiar with the conversation.

Adelson, for his part, has advocated launching a nuclear weapon against Iran as a negotiating tactic and threatening to nuke Tehran, a city with a population of 8.8 million, if Iran does not completely abandon its nuclear program.

And Adelson isn’t alone in holding radical views about Iran and having the ear of the president, or at least significant financial leverage.

In a 2015 Fox Business interview, Marcus compared the JCPOA to “do[ing] business with the devil.” He went on to clarify, “I think Iran is the devil.”

Adelson and Marcus also share a common affinity for the hawkish Foundation for Defense of Democracies (FDD’s Reuel Marc Gerecht may have set a record by publishing no less than three anti-JCPOA columns for The Atlantic in the past week.) Adelson contributed at least $1.5 million to the group by the end of 2011 (a year that saw a sharp rise in tensions and rumors of war by Israel against Iran) according to FDD’s 2011 Schedule A tax disclosure, and Marcus, the group’s biggest donor, contributed at least $10.7 million.

FDD says Adelson is no longer a contributor, but Marcus continues to give generously, contributing $3.25 million in 2015, the last year for which his foundation’s grants are known.

Hedge Fund billionaire Paul Singer contributed at least $3.6 million to FDD by the end of 2011, making him the group’s second biggest donor after Marcus at the time.

Employees of Singer’s firm, Elliott Management, were the second largest source of funds supporting the 2014 candidacy of the Senate’s most outspoken Iran hawk, Sen. Tom Cotton (R-AR) and Singer contributed $1.9 million to the CLF and $6 million to the SLF. He was a holdout in supporting Trump’s candidacy and financed the initial research by Fusion GPS that turned into the Steele Dossier detailing alleged ties between Trump’s campaign and businesses with Moscow. But he came around before Trump’s inauguration and contributed $1 million to the festivities.

Between them, the three billionaires account for over $40 million in pro-Trump political money. In the 2016 cycle, the three were also the source of 44% of individual contributions to the CLF and 47% of those received by the SLF, the biggest spending campaign finance vehicles for House and Senate Republicans.

Trump and the GOP are deeply indebted to anti-Iran deal billionaires who aren’t afraid to advocate for policies that push the country closer to another war in the Middle East.

Trump’s decision to back out of the JCPOA might come across as a renegade president bucking conventional wisdom and following through on a poorly thought-out campaign promise to undo the work of his predecessor.

But another explanation is that Trump and the Republican Party are effectively captive to a small cohort of hawkish billionaires dead set on steering the country away from any sort of detente with Iran, even a multilateral agreement that ensures limits on enrichment and subjects the Islamic Republic to invasive inspections of its nuclear facilities.

Both explanations may be true.

And, as if on cue, The Washington Post‘s Ashley Parker reports that Adelson will visit with Trump on Wednesday. It’s “described as a ‘friendly,” long-planned meeting, not related to today’s Iran news.”