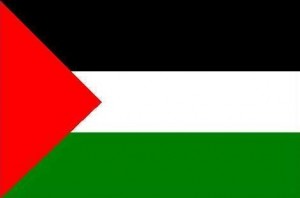 As revolutions erupted across Tunisia and Egypt, one of the first questions that arose in the West was the effect of the newly-energized Arab democratic movements on the state of Israel. The Washington establishment has generally accepted the view — promoted by the likes of Dennis Ross and Elliott Abrams — that the uprisings were solely based on domestic concerns and had no relation whatsoever to Israel or the United States. However, other observers who carefully monitored the protestors have gleaned a strong and persistent anti-Zionist, pro-Palestinian position throughout the regional upheavals. There can be no question that the Arab Spring will have a considerable impact on Israeli regional calculations, including the viability of the occupation.

While the ultimate impact of these developments will be difficult to determine for some time to come, one question in particular must be addressed to frame the potential long-term effects of the Arab revolutions on Middle East peace: what do these revolutions mean for Palestine? By and large, the effect on Israel is manifested mostly by the changing dynamic of its relationship to Palestinians, which formed the basis of Israeli policy toward its allied neighbor states of Jordan and Egypt, and its enmity to Syria. If the Arab revolutions empower Palestinians to build a mass movement for independence, and if the new Arab governments push Israel’s neighbors to play a more active role in the Palestinian struggle, then Israeli regional hegemony may well be significantly compromised.

Palestinians are directly impacted by the recent regional upheaval in two important ways. The most widely discussed effect concerns the changing course of foreign policy adopted by newly installed governments in Egypt and Tunisia, as well as neighboring countries eager to placate their populaces. Arab populations have historically been significantly more disposed to help the Palestinian cause — and to reject normalization with Israel — than their leaders have been willing to oblige. But newly elected officials, suddenly accountable to their own constituencies, may well be forced to take a more pro-Palestinian approach, which could entail pushing for an end to the Gaza blockade, increasing aid, and advocating more regional pressure on Israel. As Israel loses allies in the region, it may lose important strategic leverage in solving its conflict with the Palestinians on its own terms.

Israel’s rightwing Likud-led government is understandably nervous — and, in contrast to many of its neoconservative allies in the United States — exceedingly wary of these democratic developments.[1] In a recent interview with Sky News, Defense Minister Ehud Barak tellingly remarked that “we should admit those moderate autocrats in the Arab world were extremely responsible regarding the peace process and stability and relationship with the West. … [Y]ou cannot expect the same responsibility and common sense from the public, the popular vote.”[2]

We have already begun to see a concerted shift in Arab foreign policy, particularly from Egypt. In February, hundreds of thousands of Egyptians chanted “today Egypt, tomorrow Palestine.”[3] Egypt’s new foreign minister has proclaimed that Egypt’s support of Israel’s Gaza policy is “incompatible with international humanitarian law,”[4] and in early March, an Israeli reporter in Cairo complained that no one would speak to her, telling her simply, “we don’t deal with the Zionist entity.”[5] Though these signs point clearly to a new Arab approach to the Israeli state, it carries great significance for the Palestinians as well.

The second and arguably more important effect of these uprisings is their impact on the Palestinians themselves. As MJ Rosenberg points out, “[Palestinians] are watching the revolutions with a combination of joy and humiliation. Other Arabs are freeing themselves from local tyrants while they remain under a foreign occupation that grows more onerous every day.”[6]

Many predicted that in the wake of the developments in Egypt and elsewhere, the Palestinian uprising would not be long in coming, and indeed, the week of March 14 was marked by massive protests in both the West Bank and Gaza Strip.[7] The target of their wrath was not simply Israel itself, but rather the collaborationist tendencies of the Palestinian Authority, and the disunited, fractured, and unrepresentative governments that ostensibly seek to “govern” the Palestinian people.[8] Though not directed primarily at Israel itself, the pressure on the Palestinian Authority may prove far more damaging in undermining Israel’s continued occupation.[9]

As was the case with Mubarak, policymakers should be wary of assuming that Palestinian anger at their own government isn’t fundamentally tied to anger at the United States and Israel. Indeed, both the Egyptian regime and the Palestinian Authority are more the creations of American and Israeli policymakers than the products of their own ostensible constituents.[10]

Since its formation during the Oslo Accords, the PA has developed into a powerful quasi-state apparatus, built primarily under the tutelage and funding of western powers. Guided largely by the United States and Israel, the government under President Mahmoud Abbas and Prime Minister Salam Fayyad has rapidly increased construction and development in Ramallah, recruited and trained a highly effective security force, and courted significant foreign investment. The creation of this ersatz neo-liberal state was welcomed by a number of influential individuals and groups in the United States, including Jon Alterman of the Institute for Strategic and International Studies, Elliott Abrams of the Council on Foreign Relations, and Robert Satloff from the Washington Institute for Near East Policy (WINEP).

In a recent workshop for freshmen members of Congress, Alterman was joined by Lt. General Keith Dayton, the U.S. official charged with training the PA security forces, for a panel discussion on “statebuilding and security” in the West Bank.[11] Both argued strongly for the strategic importance of building a “robust” Palestinian state apparatus as a precondition for peace with Israel.

This has been a common refrain in many Washington circles. David Pollock has repeatedly championed “enhancing the authority and effectiveness of the Palestinian Authority,”[12] while Martin Indyk recommended that the U.S. should focus on “Enhancing the PA's capabilities to enable its exercise of effective authority over all territories and factions under its control.”[13]

Although these goals appear reasonable, the emphasis on “control” and “authority” over goals such as “fairness” and “legitimacy” are telling. Cutting out the niceties and getting straight to the point, a recent WINEP report coauthored by J.D. Crouch II, Montgomery Meigs, and Walter Slocombe states: “The sine qua non of a durable peace agreement … remains the development of a Palestinian security system capable of not only enforcing law and order but combating terrorist networks and cells."[14]

The important factor for these analysts and organizations is not the establishment of a Palestinian state as such — which would of necessity include broad social provisions, checks and balances, transparency and accountability, and systems of representation and legitimacy — but rather the building of a highly capable internal Palestinian security apparatus that is capable of forcing the population to accept whatever peace agreement their government makes on their behalf.

The results thus far speak for themselves. The Palestinian economy has stagnated, the social conditions of most of the population have remained disastrously low, and the prospects for peace remain as distant as ever.[15] Meanwhile, the PA has become remarkably adept at stifling dissent and crushing any political opposition, complete with a security apparatus that boasts the staggering ratio of one police/security officer for every 80 Palestinians.[16] Since 2007, the PA security forces have arrested over 10,000 Hamas supporters, and have secured financing for 52 new prisons as security forces boast about having “more prisons than schools."[17]

The situation in the Palestinian territories would perhaps be less tragic if the PA were capable of negotiating a fair and comprehensive peace settlement that represented Palestinian national aspirations. However, the release of the Palestine Papers in January revealed what many Palestinians had long known: that Abbas and his team were willing to sacrifice almost everything — including, among others capitulations, sovereignty over Jerusalem, the right of return, and the elimination of settlements — in order to conclude the peace talks and stay in power.[18]

The Palestine Papers also affirmed that U.S. advisors under Keith Dayton were instrumental in training PA security officials in torture and interrogation, and have actively worked to purge Hamas sympathizers and other political opponents from the West Bank entirely.[19]

These revelations, combined with a newfound inspiration from their neighbors, spurred Palestinians to take to the streets, demanding an end to oppressive and divisive policies. In both the West Bank and Gaza, thousands called for a united government and a resumption of the electoral process, suspended since the elections of 2006 brought Hamas to power, precipitating violent takeovers of both the West Bank and Gaza by Fatah and Hamas respectively. Predictably, the governments of both territories responded to the peaceful demonstrations with the same violence and repression that have characterized the response of regimes in Tunisia, Egypt, Bahrain, and other countries in the region.[20]

Tensions have continued to worsen, especially in the wake of recent Israeli bombardments of both Gaza and the West Bank, which in turn sparked more recriminations, culminating in a bombing at a crowded Jerusalem bus stop. The characteristically disproportionate Israeli response led to further anger, and the situation currently appears to be spinning rapidly out of the control. Calls for a “Third Intifadah” have grown so loud that the Israeli government has officially petitioned Facebook to shut down the Facebook page organizing it.[21]

A number of prominent Israelis have joined the global call for boycott, divestment, and sanctions against the Israeli occupation.[22] It is impossible to know where such calls for protest will lead, but the confluence of Israeli activism, Palestinian empowerment, and broader Arab sympathy could well imply that Palestine’s “Mubarak moment” may be very close at hand.

Though the protests currently raging in Palestine may have different objectives than those that toppled the Egyptian regime, the underlying causes of the two are remarkably similar. The Egyptians were fed up with repressive state tactics, an unrepresentative government, growing wealth inequality, and continued acquiescence to foreign diktats. And yet, even while Egyptians raged on the streets, western technocrats were busy building a parallel political structure in the West Bank, prioritizing a brutally efficient security system and concentrated foreign capital above political legitimacy and bottom-up development. In many ways, Mahmoud Abbas has been reduced to little more than a mini-Mubarak, holding the reigns of a long-discredited political base, propped up solely for the benefit of regional stability and commitment to peace with Israel.

The Palestinian people — and indeed the world at large — have begun to realize that even an iron fist can only maintain its grip for so long. Long-term peace, security, and stability require the will and consent of the people. Though this may be significantly more difficult to engineer — and hardened students of realpolitikmay balk at abstract notions of sovereignty, legitimacy, and popular will — recent developments have proven that there is little alternative. Popular consent may be a difficult objective, but its result is significantly more stable.

In her analysis of the Libyan coup d’étatin 1969, Ruth First notes that Arab regimes, unlike governments in other parts of the world, have no ownership outside of themselves.[23] They do not represent a distinct ethnicity, class, or political ideology; governments exist largely to serve and protect the government, and little else. Western powers have taken advantage of this self-interest to negotiate high-level stakes away from messy democratic processes. U.S. policy in Palestine — like U.S. policy in Egypt and the rest of the Arab world — has rested fundamentally on the proposition that we can beat, imprison, and intimidate people into accepting high-level decisions made on their behalf. The revolutions across the region have rendered this philosophy obsolete, and a new approach to the region is long overdue.

Samer Araabi is a contributor to Right Web and Foreign Policy in Focus.