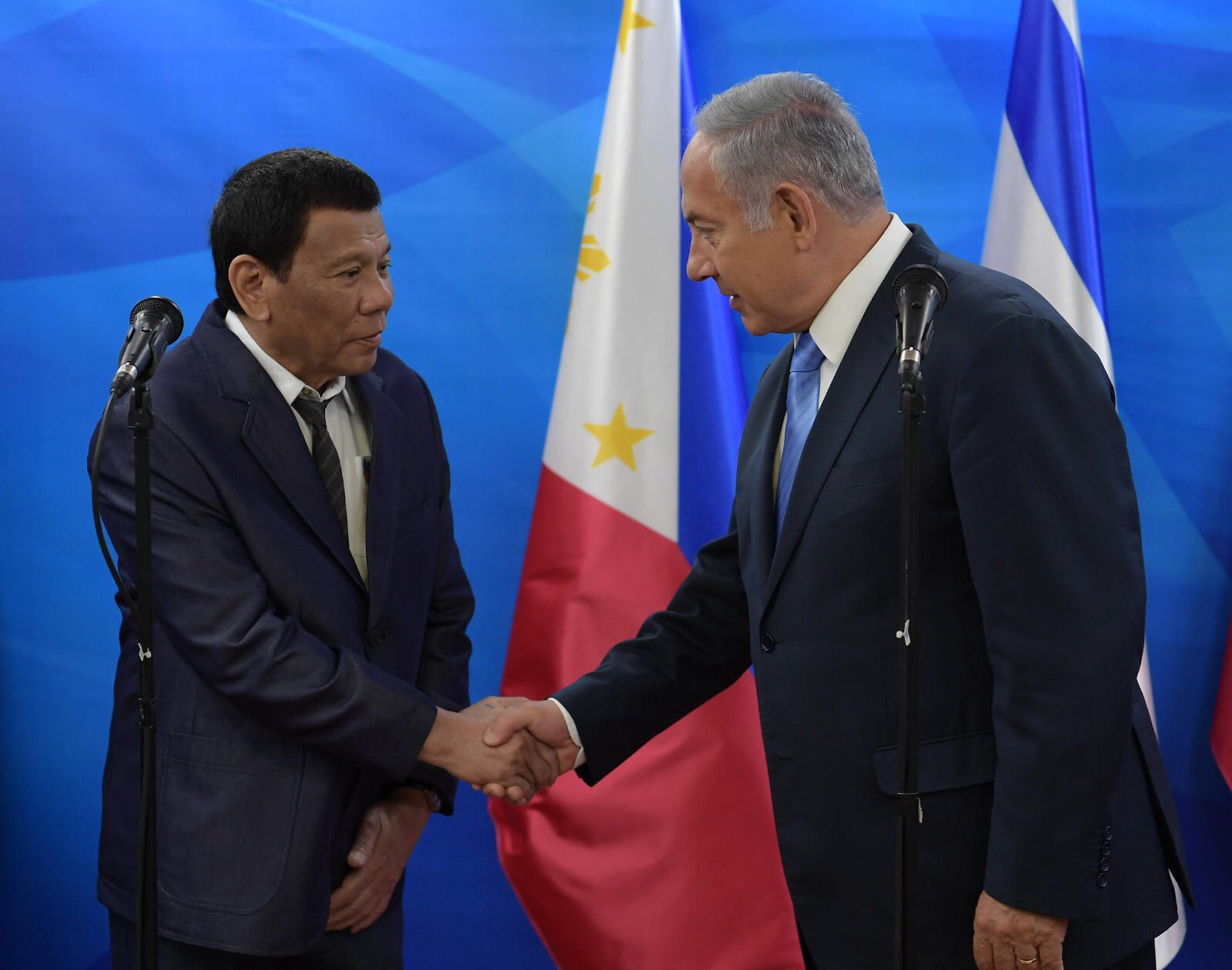 (Lobelog) An Israeli court imposed a media blackout on hearings held in September regarding a state sale of weapons to the Philippine regime. The petitioners to halt the sale argued that Rodrigo Duterte, the Philippine president, was credibly accused of having committed mass atrocities, as well as grave violations of human rights and of international law.

While a significant portion of the evidence supporting the petition against the sale was already in the public domain, Judge Gilia Ravid of the Tel Aviv District Court ruled in favor of the state’s request to exclude media coverage. Her decision was based partly on the standard concerns regarding state security and foreign policy, but more significantly, the judge accepted the state’s argument that because they were precluded from presenting evidence derived from classified material, the media would only cover the arguments presented by the plaintiff, which would result in the public receiving a distorted version of the case.

Attorney Eitay Mack submitted and argued for the petition, which was signed by 56 Israeli human rights activists. Named on the petition are Prime Minister Benjamin Netanyahu, the ministries of Defense and Foreign Affairs, and the Director of Security Exports at the Ministry of Defense.

“The current president of the Philippines, Rodrigo Duterte, is a mass murderer who condones rape, shooting women in the gentials, and blowing up schools for indigenous minorities,” wrote the petitioners. “Since Duterte took office in June 2016, after campaigning on ‘the war against drugs,’ Philippine police have executed approximately 12,000 people, according to a January 2018 report published by Human Rights Watch (HRW). Most of the executions are carried out by masked special forces officers who enter slum neighborhoods, arrest men and boys, and shoot them on the spot.” HRW reports that the number of executions has continued to rise since it published its report last year.

The petition notes: “Beyond the question of the legality of exporting Israeli weapons to the Philippines, there are the matters of ethics and intelligence. State security forces armed with Israeli weapons are carrying out mass executions of civilians living in impoverished slums, and this is unacceptable.”

Since Duterte took office, added the petitioners, he has acquired significant quantities of Israeli weapons. These include Tavor, Galil, and Gilboa rifles; Negev automatic weapons; and Masada pistols.

The petition notes that when Duterte met with President Rivlin during his official visit to Israel last year, the Philippine president said that he had instructed the heads of his security services to purchase weapons exclusively from Israel. Unlike the United States, Germany and China, explained Duterte, the State of Israel does not impose any limitations on the sales. A photograph published that same year by the Associated Press shows Duterte holding an Israeli Galil rifle, which was presented to him at a military ceremony in the Philippines.

The state, represented by Attorney Yossi Zadok of the Tel Aviv District Attorney’s Office, requested that the hearing be held entirely in camera “in order to prevent any damage to state security and foreign relations.”

Attorney Mack, representing the petitioners, responded that all the information dealing with weapons sales to the Philippines is in the public domain. He added: “It is regrettable that the respondents are of the opinion that a mere court hearing might damage their image, and not the sale of weapons for the purpose of committing crimes against humanity and mass murder in the Philippines.”

Mack added that the information in the petition had already been made public on social media and news outlets. It had been sent to Philippine embassies around the world, to the U.N., and to a long list of human rights organizations. “Therefore, imposing a gag order on the petitioners’ oral repetition of information that has already been widely published would constitute a closing of the barn door long after the horses had bolted.”

Mack suggested that if the state were interested in presenting evidence based on classified information, the judge could hear it in chambers. But the state refused to compromise.

After hearing arguments from both sides on Sept. 19, Judge Ravid accepted the state’s argument, ruling that all further proceedings would be held in camera. In an opinion that mirrored the state’s arguments, she wrote that Attorney Mack’s suggestion, that any state’s evidence based on classified information be presented in chambers, was “problematic,” because the media might quote information given in open court “out of context,” thus giving an incorrect impression.

The Israeli media tends not to report on any aspect of weapons sales to repressive regimes. Nor has it challenged the policy of keeping the Ministry of Defense’s activities shrouded in secrecy.

This article was first published in Hebrew by the Seventh Eye. Read it here. Republished by LobeLog with permission from +972 Magazine.