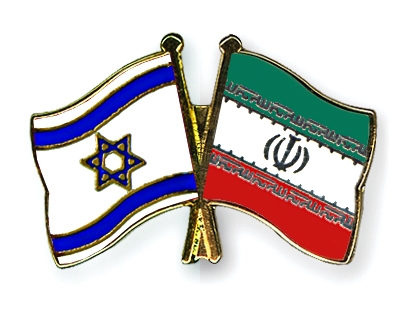 A new conflagration involving Israel and Iran and its regional allies would tank prospects for U.S.-Iran negotiations and entangle the U.S. in the region for years to come.

(Lobelog) The Israeli government of Prime Minister Benjamin Netanyahu has in recent days launched a series of military strikes across the Middle East. The scope of the attacks itself represents a new escalation for Israel, bombing not just regional allies of Iran in Syria but also targets in Lebanon and deep inside Iraq. Notably, the attacks are simultaneous with new diplomatic momentum between the U.S. and Iran and talk of a potential meeting between Iranian President Hassan Rouhani and President Donald Trump.

Israel rarely publicly accepts responsibility for its international military and intelligence operations. However, Netanyahu has been remarkably open about taking credit for the recent spate of strikes. “We will act—and currently are acting—against them [Iran], wherever it is necessary,” he recently declared. When asked if Iraq is also a target for attacks, Netanyahu responded: “I am not limiting myself.” Israel has also been widely blamed for the strikes in Lebanon but has not openly claimed them.

This acknowledgement of the strikes threatens dangerous escalation across the region. In the face of provocative admissions from Netanyahu and other Israeli officials, Iranian leaders and their regional allies will be hard-pressed to ignore the strikes and not respond. Importantly, it is a myth that groups like the Popular Mobilization Forces (PMF) in Iraq, Hezbollah in Lebanon, and the Houthis in Yemen are Iranian puppets. To the contrary, these groups all have their own constituencies and are entrenched in local politics. Their power reflects demographic realities and they have domestic goals. Consequently, for reasons not having anything to do with Iran, they will also face internal pressure to retaliate.

The Israeli strikes come on the heels of a significant diplomatic initiative by French President Emmanuel Macron to facilitate renewed U.S.-Iran negotiations. After meeting President Trump and Iranian Foreign Minister Javad Zarif during the G7 Summit in Biarritz, Macron declared “a roadmap has sort of been set…” He added that “in the next few weeks, based on our discussions, a meeting may take place between the two leaders,” which he surmised “is going to lead to bringing an end to escalation and reaching a suitable solution to this [standoff].”

The timing of the Israeli strikes suggests they are at least partly aimed at scuttling the potential for such a meeting. A primary goal of Netanyahu’s government has been the prevention of any agreement between the U.S. and Iran. This goal is apparent by the nature of Israel’s lobbying in Washington and its behavior with respect to U.S.-Iran relations. Netanyahu was one of the few world leaders who opposed the Obama administration’s negotiations with Iran and the July 2015 nuclear deal between Iran and global powers (the Joint Comprehensive Plan of Action, or JCPOA). To sabotage that diplomatic process, Netanyahu went as far as violating traditional diplomatic protocol by circumventing President Obama to address a joint session of Congress and criticize the negotiations in March 2015.

At times, Israeli officials have clearly stated their objective of preventing any U.S.-Iran diplomacy. In 2015, Netanyahu’s then-Defense Minister Moshe Ya’alon stated to this end, “every deal that will be signed between the West and this messianic and apocalyptic regime will strike a severe blow to Israeli and Western interests.” While the Netanyahu government failed to achieve its aims with the Obama administration, it has thus far had resounding success with respect to the Trump administration fulfilling its desires.

It is increasingly accepted that it is a core U.S. national security interest to extricate itself from quagmires in the Middle East and take a more hands-off approach to stabilize the region. To varying degrees, both President Obama and Trump have recognized this. Rather than the military-driven policies that for years have achieved little, the U.S. needs agile diplomacy with all regional parties that play a major role and whose participation is necessary to resolve regional disputes. Israel does not share this objective and views an outsized U.S. presence in the region and permanent U.S.-Iran standoff as in its interests.

A new conflagration involving Israel and Iran and its regional allies would tank prospects for U.S.-Iran negotiations and entangle the U.S. in the region for years to come. Some figures in the Trump administration recognize this, with U.S. officials recently telling the New York Times that “Israel is responsible for the strikes” in Iraq and was “pushing the limits.” Indeed, America’s client states cannot be allowed to determine U.S. policy towards the region, and President Trump must be resolute in pursuing diplomacy with Iran despite objections from Netanyahu or other regional states.