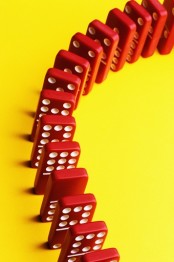 Reuel Marc Gerecht, a senior fellow at the right-wing Foundation for Defense of Democracies (FDD), and Mark Dubowitz, FDD’s executive director, penned an op-ed in the Washington Post last week calling for the Obama administration to take harsher actions toward the Syrian regime of Bashar al-Assad, including energy sanctions and “covert action” in support of the Syrian opposition.

Compared to other neoconservative exhortations on Obama’s Syria policy—like John Bolton’s recent diatribe in the New York Post—the tone of the op-ed is comparatively warm and inviting, with the authors concluding that Obama, as “the son of an African Muslim and an American woman who dedicated her life to the Third World,” is “tailor-made to lead the United States in expanding democracy to the most unstable, autocratic and religiously militant region of the globe.”

The authors claim there is a popular opening for western intervention in Syria, declaring that now “demonstrators are calling for foreign intervention,” an apparent reference to a pro-intervention sign captured on film in the hard-hit city of Homs. However, the claim overlooks a great deal of division within the opposition about the desirability of abandoning non-violent tactics or of inviting foreigners into the uprising.

Indeed, the authors deftly sweep aside any concern for the demonstrators in favor of a lengthier exposition on Syria’s “strategic sins against the United States,” among which the authors include the regime’s support for Hezbollah and Hamas, its alliance with Iran and, rather more questionably, its “possible” connection to the 9/11 attacks. “Almost every Arab terrorist group,” they conclude, “spawned in the hothouses of Islamic militancy and Arab nationalism, has had a presence in Damascus.”

Advocates of military-led regime change in the Middle East have long understood the need to stage diplomatic or “non-kinetic” escalations before pushing for military action. With respect to Iran, Gerecht himself wrote toward the end of the Bush administration that diplomacy “is something that must be checked off before the next president [can] unleash the Air Force and the Navy.” This may hold some predictive value for where he ultimately comes down on regime change in Syria, which he has deemed “an easy call.”