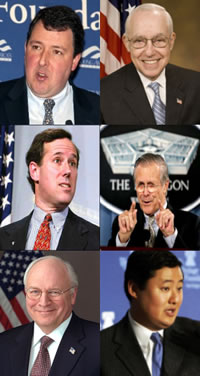 Defying the hopes of many of his progressive backers, President Barack Obama’s foreign policy has in many ways been remarkable for its continuity with Bush-era initiatives. However, in one important area—the treatment of “war on terror” detainees—Obama has clearly distanced himself from the approach of his predecessor. As a presidential candidate, Obama steadfastly repudiated the use of “enhanced interrogation techniques,” including waterboarding and other methods considered torture under international law, whether at U.S. facilities or at so-called “black site” CIA prisons. In one of his first acts as president, Obama followed through with this campaign promise, issuing an executive order barring the CIA from employing any interrogation techniques not approved by the U.S. military, whose methods generally hew to Geneva Convention standards.

Perhaps this one salient area of difference explains the reaction of many former Bush officials and some prominent neoconservatives to the death of Osama bin Laden. Among others, Donald Rumsfeld, Michael Mukasey, Michael Hayden, John Yoo, and a slew of “scholars” at the American Enterprise Institute and the Foundation for Defense of Democracies have spoken out publicly in support of the Bush administration’s interrogation policies, attributing no small share of the credit for bin Laden’s killing to the “hard decisions” taken by the Bush administration. (For a detailed account of the recent efforts of various torture apologists, see Peter Certo, "Enhanced Embellishment Techniques," Right Web, June 8, 2011.)

These claims have been roundly questioned, and it seems generous to claim that torture played even a marginal role in producing the intelligence that led to bin Laden’s Abbottabad compound—to say nothing of the costs such methods extacted in faulty intelligence and the United States’ diminished moral standing, as well as the attractiveness they held for terrorist recruiters. But whether out of partisan loyalty, distaste for internationally imposed constraints on U.S. behavior, or a genuine commitment to controversial and ill-advised interrogation techniques, such claims have persisted unretracted.

In this edition of Right Web’s Militarist Monitor, we feature profiles of many of the architects of the Bush interrogation policy as well as post-bin-Laden torture apologists. We also present several additional readings that examine the purported uses and effectiveness of torture.