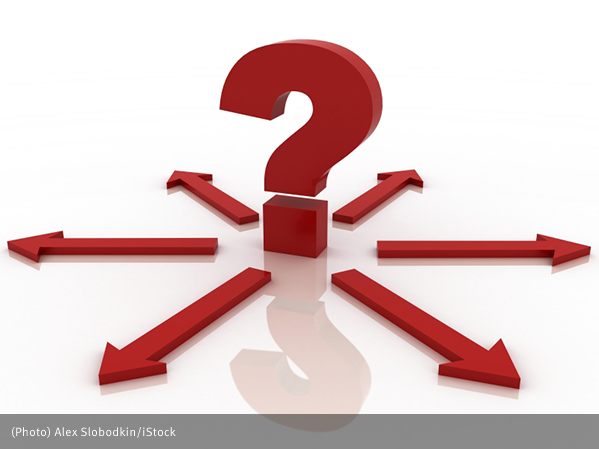 Low on political prowess and out of ideological fashion, neoconservatives would appear to have little to be merry about as 2008 ends.

Soon after 9/11, neoconservative foreign policy—geared toward retaining America’s global preeminence and pushing Mideast policies in line with the Israeli right wing—morphed from written words to administrative actions under President George W. Bush. Today, the neocon agenda heavily bears blame for an Iraq War that many, including some neoconservatives, consider a failure.

One might think that the last thing to make neoconservatives grin would be Obama’s Cabinet appointments. But some of the president-elect’s choices have been “enough to keep some of us [Republicans] smiling at a time when we were expecting to be in deep anguish,” as one columnist giddily declared in a National Review column entitled “Pinch Me, Am I Dreaming?” 2

The National Review is a traditional right-wing weekly that largely supported neoconservative foreign policy ideas during the Bush presidency (particularly in the publications of its few core neocon writers like erstwhile National Review blogger David Frum). Its editors backhandedly endorsed Obama’s appointment of Sen. Hillary Rodham Clinton (D-NY), Obama’s presidential-primary rival, to secretary of state—dubbing the choice “as good a pick as could have been expected.” 3

Although not a neoconservative Democrat, Clinton is a longtime member of the Democratic Leadership Council, a so-called centrist group. Co-founder Will Marshall and former co-chair Sen. Joseph Lieberman, the Independent Democrat from Connecticut, have both been at the forefront of efforts to promote neoconservative foreign policies among Democrats. Clinton has taken a number of hawkish foreign policy stances, particularly on Iran. 4

Also praised by the National Review was the choice of four-star Marine Gen. James Jones as national security advisor and the retention of sitting Defense Secretary Robert Gates. Gates, who succeeded Donald Rumsfeld as defense secretary in 2006, stated at his confirmation hearings that America was neither winning nor losing the Iraq War. 5

In 1999, Jones received the “Keeper of the Flame” award from the Center for Security Policy, 6 a think-tank run by the neoconservative Frank Gaffney that promotes U.S. global preeminence and a Likud Party line on Mideast peace.  Pundit/writer Michael Ledeen, of the nominally nonpartisan but neoconservative-leaning Foundation for Defense of Democracies, called Jones “almost unbearably delightful” after meeting him. 7

While Obama’s campaign touted a timetable to remove troops from Iraq in 16 months, the National Review has said, “It’s hard to believe that this team will oversee a precipitous withdrawal from Iraq.” 8

If neoconservatives don’t have a seat at Obama’s table, they’re still seated at a booth within earshot.

“[Neoconservatives] have access to much of the Democratic foreign policy establishment because the neocons have not been sufficiently discredited,” says Daniel Levy, a senior fellow at the New America Foundation and the Century Foundation, two nonprofit, nonpartisan public-policy institutions. 9

“I think that in the Democratic foreign policy establishment, you’d find more aversion to being identified as, or collaborating with, the antiwar left than with neocons,” Levy says. “That’s an argument that’s going to have to go on inside Obama’s foreign policy world.… If they do not sufficiently expunge the neoconservative worldview, then it’s not going to be an easy journey.

“A lot of the arguments neoconservatives make are still deep in the DNA and discourse of how a lot of people look at these issues.”

Among moderates who have aligned with neoconservatives—and one who has a voice with Obama—is Dennis Ross.

Ross has been an advisor to the president-elect on Middle East policy. Previously, he served as director for policy planning in the State Department under George W. Bush and as the special Middle East coordinator under President Bill Clinton. He has been a key figure in shaping U.S. involvement in the Middle East peace process and attempting to settle the Israel-Palestine conflict.

Ross also has twice aligned himself with the Project for the New American Century (PNAC)—a mostly defunct neoconservative group founded in 1997 by Weekly Standard cofounder William Kristol and dedicated to promoting U.S. global leadership and an expansive, long-term “war on terror.”

Ross signed a 2003 PNAC statement about post-war Iraq that argued America’s involvement there should be the model for a larger reshaping of the Middle East’s political landscape. 10 During congressional testimony in 2007, Ross criticized the Bush administration’s implementation of, but not ideology behind, Iraq strategy. 11

It’s unclear what role, if any, Ross might play in Obama’s administration, as his name has not yet been included on any public short list for any remaining Cabinet posts. 12 Recent press reports, however, have claimed that he is a top candidate to serve as special envoy to the Middle East. 13

Levy says it’s also too early to know how forcefully an Obama White House might shut out neoconservatives. What’s clearer is that a new neoconservative agenda is taking a broad shape—both similar to, and drastically different from, previous plans.

Joshua Muravchik is a leading neoconservative writer and a resident scholar at the American Enterprise Institute (AEI), a conservative think-tank that counts several prominent neoconservatives among its ranks. He also served on the State Department’s Advisory Committee on Democracy Promotion under Condoleezza Rice.

“Neoconservatives are very strongly identified with the war in Iraq, and justifiably so,” Muravchik says. 14

On September 20, 2001, numerous neoconservatives signed a PNAC letter issued to Bush that recommended a number of actions in the “war on terror,” including: ousting Saddam Hussein in Iraq “even if evidence does not link Iraq directly to the (9/11) attack”; and a “large increase” in defense spending. (Muravchik was a signatory to other PNAC statements, but not this particular letter.)

“It is true that the success or failure of the policy reflects on [neoconservatives],” Muravchik says. “And since the policy was, to a considerable extent, a failure … we need to take that onboard unvarnished and try to see what we’ll all figure out—what mistakes we may have made or how we need to refine our views to account for the lessons of Iraq.”

Levy believes the rightist school of interventionist, preemptive foreign policy was “cowered and dejected” by the U.S. experience in Iraq, so many members are gravitating toward Obama’s views.

“That’s good news in terms of that those voices are listened to in an Obama administration,” Levy says. “On the other hand, those voices are likely to play an even less-prominent role in the Republican debate over what went wrong and what comes next.”

Levy says GOP reconstruction should be of paramount importance to neoconservatives, regardless of whether the party courts anti-intellectual, right-wing populists—to whom vice-presidential candidate Palin strongly appealed.

“I think [neoconservatives are] deeply cynical,” Levy says. “There were very important dissenting voices. It will really be a question of looking at where power lies and finding that way back into power.”

However interventionist approaches or predominant-party politics are redefined, changing the regime in Iran remains a critical mission of the neoconservative faction.

In 2006, Muravchik wrote, “Make no mistake, President Bush will need to bomb Iran’s nuclear facilities before leaving office.” 15 Today, he says there are some in Obama’s camp “who appreciate the seriousness of the [Iran] problem and the unlikelihood that it will be solved by talk.” 16

“A cardinal neocon idea embraced by Bush was to promote democracy in the Middle East. I believe that this is still an entirely valid idea … and it’s also not an idea that belongs only to neocons,” Muravchik says. “Liberals and others embraced it. We … all need to do some intellectual work on how to do it better, and more effectively, than has been done.”

“There is no escape from the war with Iran, which has been waged against us for nearly 30 years,” Ledeen says. 17 “Whatever the catalyst, whether it’s a nuclear test or some Iranian action against us and/or our allies, we will eventually have to fight back.

“I have long argued against the use of military power, preferring to support democratic revolution in Iran. But that has not happened, and I fear that we will—sooner rather than later—have to face the [French President Nicolas] Sarkozy dilemma: Iran with the bomb or ‘bomb Iran.’”

Levy says Iran, Israel, reshaping the Middle East, and the “war on terror” all are “given” topics of neoconservative concern.

One contingency for future neoconservative involvement in those areas is the respective success of the Likud and Bharatiya Janata (BJP) political parties in Israel and India. The BJP believes India should remain vigilant against conflicts with Pakistan, China, Bangladesh, and Sri Lanka, while the Likud charter emphasizes the Jewish right of settlement in Gaza and the West Bank. 18

Another component to pursuing deeply embedded issues, Levy says, is how neoconservatives might travel new routes to circuitously revisit them.

“They aren’t stupid,” Levy says. “They know how to cynically deploy themselves across several issues.”

James Woolsey is a neoconservative Democrat and signatory of a 1998 PNAC letter to President Bill Clinton advocating an interventionist ousting of Hussein. In 2007, Woolsey called U.S. dependence on foreign oil a “very high” national security concern, 19 which could be seen as dovetailing with neoconservative interventionism. 20 Ledeen also cites “energy independence” as a key component. 21

Another new frontier of neoconservative territory, Muravchik and Ledeen suggest, is the U.S. economy—now officially designated by the National Bureau of Economic Research as being in recession.

“Now, it seems as if the libertarian idea that the best regulation is the least regulation has really been challenged by events,” Muravchik says. “I think it does require everyone who’s to the right of center to come up with something more nuanced than that libertarian view.”

While Obama has made quick work to assemble his Cabinet, his inauguration still is weeks away. Quite simply, it’s too soon to speculate specifics for neoconservatives. Plus, one never can predict how things will turn out; in early 2001, the faction didn’t feel it would get far. As William Kristol has said, “[W]e didn’t have great hopes for Bush as a foreign policy president.” 22

“It’s driven by events,” Muravchik says of influencing political policy. “Once 9/11 came, the Bush administration was really open to new thinking because the whole scene changed in terms of the challenges it faced. Events will surely unfold under the Obama administration that we’re not foreseeing.”

Nick Rogers is a freelance reporter based in Lafayette, Indiana, and a contributor to PRA’s Right Web (https://rightweb.irc-online.org/).