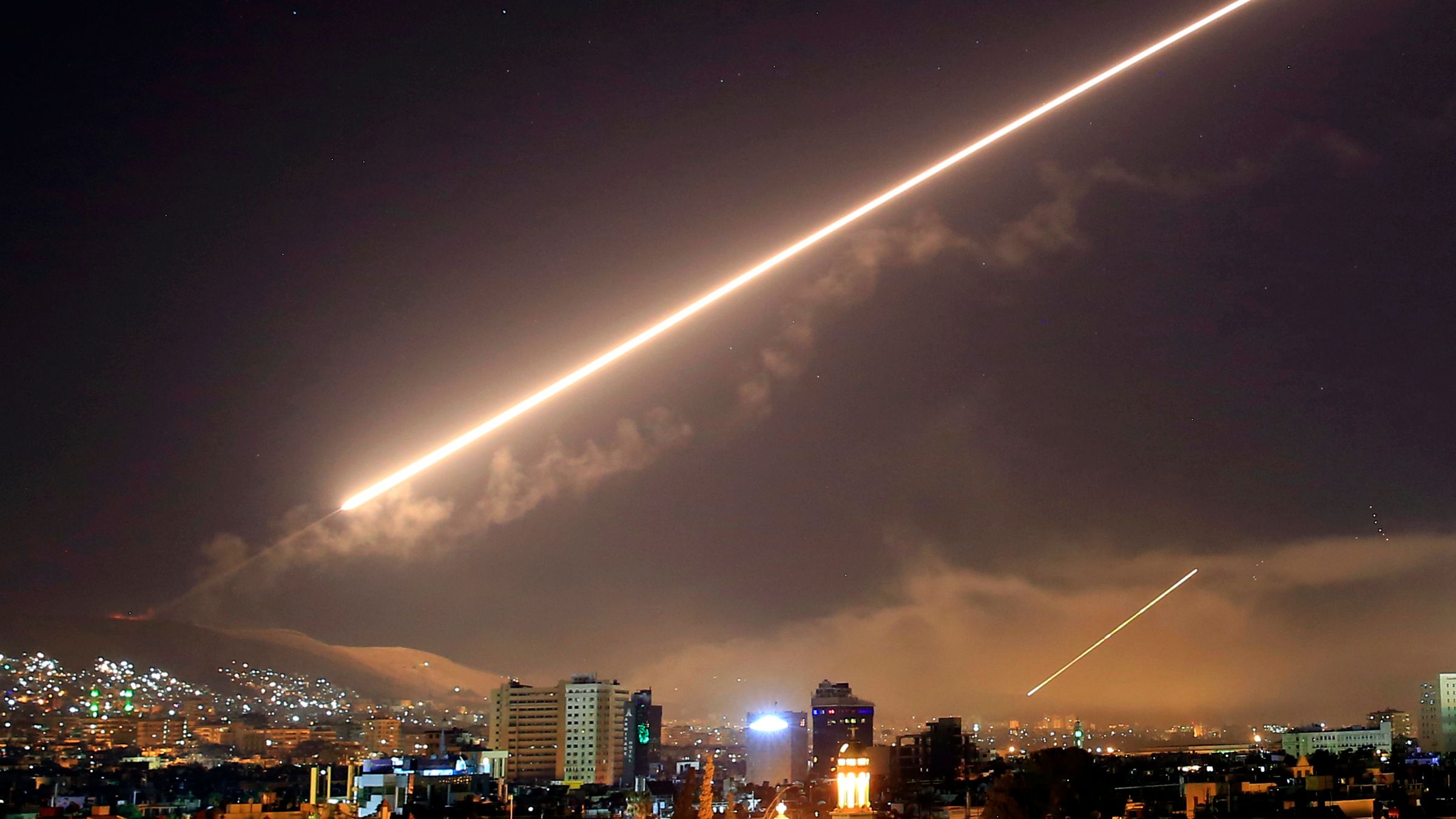 The missile strike against Syria in response to an alleged chemical attack has given many people a cathartic moment without having to produce any new and effective ideas about how to deal with the ugly conflict in Syria. For President Trump, it was an opportunity to follow his guiding principle of doing something different from what Barack Obama did. On policy toward Syria, he has struggled to find such opportunities. For many customary critics of Trump, supporting the strike has been an opportunity to look tough on Syria and to avoid looking like reflexive oppositionists. One might add that for Bashar Assad, it has been an opportunity to stand tall and look unperturbed in the face of the most modern weapons that Western powers could throw at him.

A strike something like this was inevitable following reports of the suspected chemical incident at Douma and especially after Trump’s tweeted bravado on the subject. The response was better than some easily imaginable alternatives would have been. Rather than yet another unilateral, self-isolating U.S. step, the operation was conducted in conjunction with Britain and France. (Participation of those two powers is not, however, a guarantee of wisdom in dealing with security challenges in the Middle East. Think about the results of the intervention in Libya in 2011 or, going farther back, the British-French-Israeli misadventure at Suez in 1956.) The missile strike was calibrated to minimize the risk of a direct clash with Russian forces. These aspects of the operation are reassuring, especially given the increasing risk that a Trump who is legally and politically besieged at home will lash out abroad in destructive ways.

Notwithstanding these positive aspects, the only way in which the operation accomplished a mission—as distinct from having cathartic benefit—is in the tactical sense that missiles were successfully fired and hit their assigned targets. The declared major purpose was to uphold the international prohibition of chemical weapons by punishing the Assad regime as a way to deter future use of chemicals by that regime. But a glaring fact in the recent history of the Syrian war is that one year ago the Trump administration fired a salvo of cruise missiles for the same ostensible purpose, and that attack evidently failed to have much, if any, deterrent effect on Assad. The administration is emphasizing that the new attack, which used 105 missiles, is larger than the earlier one, which used 59. So 46 more cruise missiles is supposed to make the difference between deterring or not deterring a regime fighting to defeat rebels and regain control of its country’s territory?

In response to an earlier chemical incident, the Obama administration worked with Russia to ship out what evidently was a large portion of Syria’s chemical weapons stockpile. Despite all the subsequent criticism about red lines and the like, this response was followed by a lull in any chemical use by the Syrian regime that was longer than what followed the missile attack a year ago.

The makers of the latest strike are claiming to have destroyed capabilities as well as having strengthening deterrence, given that the targets supposedly were facilities associated with chemical weapons. An oddity about this claim, however, is that the most credible evidence about use of chemicals at Douma involves chlorine, which is a common substance with many peaceful uses. What is banned is only the use of chlorine in warfare, not its production or possession. Other reporting suggesting that nerve agents—which are banned outright—also might have been used at Douma is more tenuous. But the missile strike proceeded before investigators from the Organization for the Prohibition of Chemical Weapons could visit the site to gather the sort of evidence that might have resolved that question.

As for upholding an international norm against chemical warfare, it can reasonably be argued that the missile strike was consistent with that purpose, however much it may or may not deter Assad. But what about international norms regarding the use of armed force by one nation against another? Those norms have been relevant to far more death and destruction than anything involving chemical weapons. According to the United Nations charter, cross-border use of armed force is legal only if in self-defense or authorized by the Security Council. This week’s missile strike was neither.

As for the suffering of the people of Syria, it is hard to see how the strike has any significant palliative effect. Even just focusing on actions by the Syrian regime rather than by other participants in the civil war, many times more casualties and pain have been inflicted by conventional munitions than by chemicals. If the Assad regime wants to make people in a neighborhood suffer, it has demonstrated it is quite capable of doing so without resort to unconventional weapons.

This latest turn in the Syrian war has been an occasion for critics of the Trump administration to decry anew an absence of a U.S. strategy regarding Syria. Although in many cases accusations of “there is no strategy” are another way of saying “I don’t like the current strategy,” in this case the accusation is true. Any careful observer of Trump would be hard-pressed to discern an approach clear enough and consistent enough to be worthy of the name “strategy”. But if the standard is to be not just clarity and consistency but also a sensible and cost-effective approach toward upholding U.S. interests, then the paucity of good ideas is not restricted to the Trump administration. The difficulty in defining a U.S. mission in Syria reflects the fact that there simply is no post-Islamic State U.S. interest in Syria that would be worth the costs and risk of an indefinite U.S. military intervention there, in the air or on the ground.

Schools of thought that believe any nasty situation overseas ought to have U.S.-centric solution find that hard to accept. But the reality is that, first, the Assad regime is on its way to winning the Syrian civil war. And second, events in Syria matter far less to U.S. interests than they do to that regime, and even less than they do the regime’s Russian and Iranian backers, for whom the alliance with Syria has been for decades their strongest and most consistent entrée into the Arab world. Those incontrovertible facts undermine any notion of using U.S. military force as leverage to gain a better deal for the Syrian people.