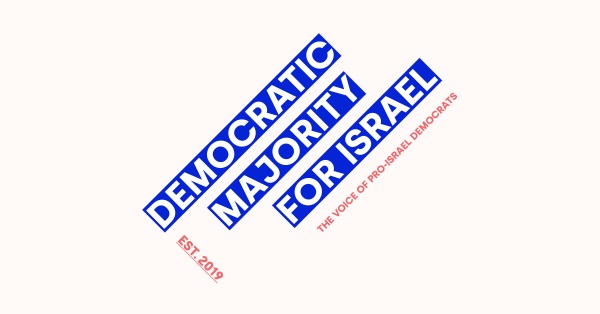 Launched in January 2019 in response to a growing debate within the Democratic Party over U.S. support for hawkish Israeli policies, the Democratic Majority for Israel (DMFI) describes itself as “a group of proud Americans who believe the Democratic Party’s vision and values are best for the United States. We work to build a Democratic majority in our country, and to maintain and strengthen support for a strong U.S.-Israel relationship among Democratic leaders and grassroots progressives.”[1] DMFI lists its goals as maintaining and strengthening support for Israel among grassroots progressives and Democratic leaders; advancing policies to ensure a peaceful and secure Israel; defending Israel’s Legitimacy; promoting a two-state solution and Arab-Israeli peace through diplomacy and partnership; encouraging American global leadership; promoting progressive values; and educating and supporting Democratic leaders.[2]

DMFI president and CEO Mark Mellman describes the group’s mission in zero-sum terms: “Israel was once seen as much more of the David in the struggle. Now Palestinians are seen as the more put-upon group.”[3]

After its launch, DMFI quickly established itself as a watchdog and enforcer of Israel’s reputation in the Democratic Party. In its first weeks, DMFI issued statements criticizing President Donald Trump’s state of the union address and his announcement of a national emergency to get the funding for his border wall that Congress had refused him. They directed the rest of their actions at Democrats who are known for supporting Palestinian rights.

They called Rep. Ilhan Omar’s (D-MN) “bigoted”[4] after she ignited a controversy by suggesting in a tweet  that support for Israel was rooted in campaign financing.[5] When Rep. Betty McCollum (D-MN) said that “The right-wing, extremist government of Benjamin Netanyahu and its apartheid-like policies are at the core of what is alienating Democrats and a growing number of Americans,”[6] DMFI attacked her remarks as “outrageous,” “vicious name-calling,” and “repulsive.” DMFI’s Mellman said, “By suggesting that Jews have disproportionate influence on U.S. elections, the Congresswoman exploits an anti-Semitic trope widely used by far-right forces from Czarism to fascism.”[7]

In a particularly sarcastic and pointed statement, the Democratic Majority for Israel commented on Rep. Rashida Tlaib’s (D-MI) campaign web site employing an Israeli web development platform. Congratulating Tlaib—the first Palestinian-American woman elected to Congress—for “breaking her Israel boycott,” the group described Israel’s contributions in technology at some length, a favorite pro-Israel talking point. Mellman then sarcastically applauded Tlaib’s decision “to use the best products she can find instead of discriminating against Israel in way that increases hostility, thereby making peace between Israelis and Palestinians more difficult to achieve.”[8]

Roots in the Democratic Party

Mark Mellman is a leading pollster and communications strategist with a long history of activism within the Democratic party. Former Senate Majority Leader Harry Reid (D-NV), former Sen. Barbara Boxer (D-CA), House Majority Leader Steny Hoyer (D-MD), and Rep. Tulsi Gabbard (D-HI) headline an extensive list of Democrats he has worked with on campaigns. Internationally, he worked on a successful presidential campaign in Colombia and a successful mayoral bid in Albania. Mellman is also president of the American Association of Political Consultants and CEO of The Mellman Group, a polling and consulting firm.[9]

Mellman’s claim to fame in the centrist, pro-Israel center is his work with Yair Lapid, the leader of Israel’s center-right Yesh Atid party. In 2013, with Mellman at the helm of Yesh Atid’s campaign, the newcomer party was the surprise of the election, winning nineteen seats and becoming the second-largest party in the Knesset.[10] Mellman won widespread acclaim in the Israeli political sphere for taking a party led by Lapid—who, though he was the son of a well-known politician, had been a television newscaster before quitting to enter politics—into such prominence that Benjamin Netanyahu invited the new party to join his government.[11]

The co-chairs of DMFI’s board are also long-time Democratic party activists. Ann Lewis was the White House Director of Communications for President Bill Clinton from 1997-2000 and Senior Advisor to the campaigns of Hilary Clinton for Senate in 2000 and 2006, and for President in 2008. In 2016, she was Co-Chair of Jewish Women for Hillary. Lewis was the first female Political Director of the Democratic National Committee from 1981 to 1985, the Vice President for Public Policy of Planned Parenthood and was chief of staff for Congresswoman Barbara Mikulski.[12]

Todd Richman made his name as a fundraiser for Democrats like Sen. Sherrod Brown (D-OH), Amy Klobuchar (D-MN), and Joe Manchin (D-WV). Richman served as a Democratic political consultant and has notably led and participated in several missions to Israel with elected officials.[13]

The DMFI board also includes former Rep. Shelly Berkley (D-NV), who was known as one of the most hawkish members of Congress on Israel when she served from 1999 to 2013. One journalist said of her, “When she arrived on Capitol Hill in 1999 Berkley was regarded as a leading congressional supporter of AIPAC, the pro-Israel lobby, but since then she has moved steadily to the right on matters relating to Israel.”[14] Other members of the board include former Michigan Gov. Jennifer Granholm and former Clinton administration housing secretary, Henry Cisneros.

According to one report, of DMFI’s “15 board members, 11 have either worked or volunteered for [AIPAC], donated to it or spoken at its events.” The group tries to put distance between itself and the American Israel Public Affairs Committee (AIPAC), but the connections “could undermine the new group unless it demonstrates its independence from the lobby” due to “AIPAC’s negative reputation in many progressive spaces,” the report stated.[15]