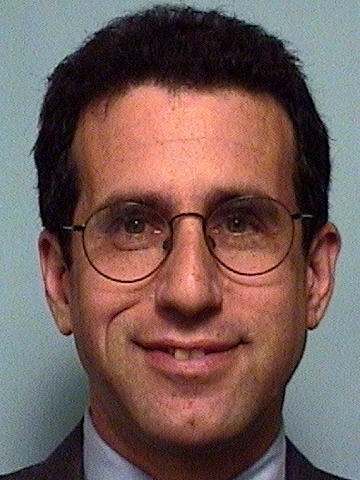 Fred Hiatt is editor of the Washington Post’s editorial page and a regular columnist for the newspaper. According to the Post, “From 1987 to 1990, [Hiatt] and his wife were co-bureau chiefs of the Post’s Tokyo bureau, and from 1991 to 1995 they served as correspondents and co-bureau chiefs in Moscow. [Hiatt] joined the editorial board in 1996 and became editorial page editor in 2000.”[1] 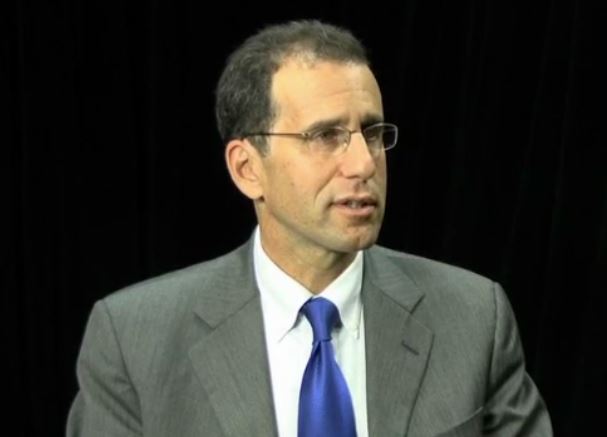 Wrote one blogger shortly after the Rubin hire in late 2010: “When the Post hired former Bush speechwriter and torture enthusiast Marc Thiessen as an opinion columnist, I encountered widespread disgust and some outrage among the people I talked to about the hire. Reaction to the Rubin hire, by contrast, has largely consisted of amusement and incredulous smirks. ‘What was Fred Hiatt thinking?’ has been the question most frequently asked about the Post’s hawkish editorial page chief. … While it is sad to see the continuing self-destruction of one of America’s great newspapers, I am curious to see how low they can go. David Broder is getting up in years and surely due to retire soon; could Pamela Geller be next in line for his job?”[7]

When asked by the Columbia Journalism Review (CRJ) about Rubin’s penchant for saying “liberal Jews” suffer from a “sickness,” Hiatt responded, “As a general matter, I agree with you about the demonization of opponents by means of using terms of mental illness. … I haven’t attempted to censor columnists who use such terminology, but I don’t like it much.”

Commented CRJ, “Opinion writers should be free to express their opinions, and balance in opinion pages is certainly a commendable goal. But there are plenty of talented conservative bloggers who can make their points without resorting to conversation-ending rhetoric. … Instead, the Post seems to have picked someone who, while capable of some political introspection on the right, characterizes opponents by derision.”[8]

Described by Glenn Greenwald as one of a “bevy of typical, banal establishment spokespeople who are highly supportive of whatever the permanent Washington establishment favors,”[9] Hiatt’s columns cover everything from foreign policy to economics. Generally supportive of liberal-leaning domestic policies, Hiatt frequently adopts hawkish stances on U.S. foreign affairs.

In naming Hiatt the country’s fifth most influential “leftist” journalist in 2010, the Daily Beast claimed: “Although many on the left would question Hiatt’s presence on this list—his near-neocon position on foreign policy enrages the left-wing blogosphere—there is no doubt at all that he is a traditional liberal in all matters domestic.”[10]

In response, Media Matters stated, “Seriously? The fifth-most influential liberal journalist in America is a neocon? Who came up with this list, Dick Cheney? No, actually, it was Tunku Varadarajan, formerly op-ed editor for the Wall Street Journal … and currently a fellow at the right-wing Hoover Institution, where the fellows program is generously funded by Richard Mellon Scaife.”[11]

A supporter of the 2003 U.S.-led invasion of Iraq, Hiatt often appears to echo the talking points of some of the more militarist factions in U.S. politics. For example, in a 2007 “lessons learned in Iraq” op-ed, Hiatt conceded that four years after the invasion, the situation in the country was “dire.” However, he concluded: “The easy way out is to blame President Bush, Vice President [Dick Cheney] or former defense secretary Donald H. Rumsfeld: The decision was right, the execution wrong. … Having rolled the dice on what everyone understood to be an enormous gamble, Mr. Bush and his team followed up with breathtaking and infuriating arrogance, ignorance and insouciance.”[12]

Hiatt added, “The question that Gen. David H. Petraeus posed … as he led the troops of his 101st Airborne Division from Kuwait across the Iraq border, ‘Tell me how this ends?’—that question must be the first to be asked, not the last. The answer won't always be knowable. But the discussion must never lose sight of the inevitable horrors of war. It must not be left to the generals in the field. And it must assume, based on experience from Germany to Korea to Afghanistan, that a U.S. commitment, once embarked upon, will not soon be over.”[13]

Commenting on the column, Glenn Greenwald wrote, “It was Hiatt and his brilliant- serious- national- security- scholar/experts who saw war—and still see war—as nothing more than an abstract policy option, sitting neutrally aside all of the others, for the U.S. to pursue whenever it seems vaguely beneficial. People who cheer on a war and then admit afterwards that they ‘los[t] sight of the inevitable horrors of war’ are, in essence, confessing to a profound lack of judgment and a warped moral sense. And worse still, Hiatt's words about finally appreciating the ‘inevitable horrors of war’ are completely empty. After all, he still viciously opposes even the most minimal efforts to bring an end to the disastrous and tragic war he helped to spawn, and in spouting such opposition, does not even pay lip service to the ongoing horrors—foreseeable and unforeseeable—which his war will continue to create.”[14]

Like many liberal interventionists and neoconservatives, Hiatt often bases his criticism of U.S. foreign policies on its failures to sufficiently embrace the causes of democracy and “freedom.” For instance, Hiatt criticized the Obama administration for being too “ideological” in its response to the “Arab Spring.” Brushing over the myriad complexities that helped shape the administration’s responses to the many crises that erupted in early 2011, Hiatt argued that Obama’s reluctance to readily embrace opposition movements in the region amounted to little more than an embrace of diplomatic engagement and negotiation with autocrats over the promotion of democracy.[15]

Wrote Hiatt: “When the people rose up in Iran, Obama seemed reluctant to disturb the possibility of negotiating with the ayatollahs. In Egypt, the administration was reluctant to give up on a partner who had promised to help in the Middle East peace process. In Syria, it seems reluctant to give up on a dictator who might someday promise to help in the peace process. In Libya, Obama’s commitment to a modest U.S. role has taken precedence over winning a war he hesitantly entered.” He then concluded, “You’d hope to see America doing everything within its considerable power to nudge it in the right direction, even if that requires a change in course or a shift in ideology.”[16]

In a March 2014 piece for the Washington Post, Hiatt argued that President Obama’s foreign policy had resulted in a world that has become “more dangerous.” “[T]he United States doesn’t get to choose between nation-building at home and leadership abroad; it has to do both,” Hiatt wrote. “It’s not too late for Obama to change course.”[17]

After the swearing in of the Republican-led Senate in January 2015, the Hiatt-edited Washington Post editorial board published an editorial encouraging Congress to pass additional sanctions against Iran. Dismissing concerns that additional sanctions would derail negotiations over that country’s nuclear program, the editorial pointed to alleged Iranian “provocative steps,” like its announcement that it will build additional nuclear reactors or the arrest of Washington Post reporter Jason Rezaian. “If tactics such as that do not ruin the chance of an agreement, then neither should action by Congress,” the editorial claimed.[18]

Blogger Ali Gharib responded: “[T]he proposed congressional action would be a direct affront to the twice-extended interim deal struck between Iran and world powers in November 2013. … [T]he editorial board ought to come out and say it if they don’t think the Iranians’ threat to back out of talks is serious—and then lay out all the attendant risks of calling their bluff.”[19]

Earlier, in the wake of the uprising in Egypt, Hiatt argued that President Obama needed a “freedom agenda he can believe in.” He claimed that the administration failed to immediately rally behind the demonstrators “because the ‘freedom agenda’ had become too associated with President George W. Bush, because U.S. involvement in Iraq had tarnished the idea of democracy promotion and because it believed ‘feel-good’ democracy promotion would interfere with hardheaded engagement on Mideast peace.”[20]

Hiatt concluded, “It’s not that human rights or democracy promotion always should take precedence. China's stance on Iran, Azerbaijan's willingness to stand up to Russia—those are important, too. But recognizing that democracy promotion is also a strategic interest—that the world would be far safer if independent institutions could gradually rise up alongside China's Communist Party, or if anarchy were not the only alternative to the unsavory Aliyev—would lead, over time, to a different weighing of risks.”[21]