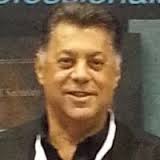 Henry Morgensternis the president of Security Solutions International (SSI), a Miami-based company founded in 2004[1] that bills itself as a frontline defense against the threat of “radical Islam” and prime provider of “homeland security training” to a range of clients, including local police forces, corporations, and federal agencies.[2]

Employing alarmist rhetoric about the purported existential threat to the United States of Islamic groups, SSI’s website at one time encouraged “first responders and interested members of the concerned public to help Security Solutions International fight the war on terror. Radical Islam has an agenda and wants to destroy our country. As part of our mission, we are dedicated to keeping you informed about the enemy and developments in this global conflict.”[3] As of 2016, this message was no longer on its website. 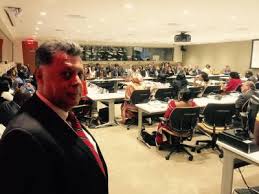 Alternet’sAlex Kane has written that SSI uses “Israeli security connections to boost its standing in the market.” Kane has further stated: “They use Israeli security trainers in their courses and their president, Henry Morgenstern, is a dual Israeli-U.S. citizen who says he ‘developed excellent high level contacts with the Security Establishment [in Israel], making SSI the premiere training company for counter-terror related subjects.’”[4]

According to Morgenstern’s biography on the SSI website, he “is a US and Israeli citizen who has had business experience in the USA, South America, Europe and Israel. He was educated in the United Kingdom and took an honors degree from the University of Cambridge in 1974. While in Israel from 1984 to May 2003, Morgenstern built a tiny start-up company into Israel’s leading provider of high tech services (including training) to such world- class clients as Microsoft, IBM, Intel, and Philips Medical Technologies. Today, WORDS also trains the Nigerian Government in security and non-security related subjects. … In May 2003, Morgenstern gave up his role as the CEO of WORDS and Biblio Books to go back to the USA to co-found SSI. … While in Israel from 1984 to May 2003, Morgenstern developed excellent high level contacts with the Security Establishment, making SSI the premiere training company for counter-terror related subjects. The company relies on these experts for training in the USA and also takes qualified personnel to Israel for training.”[5]

Morgenstern is also the editor of the “Counter Terrorist Magazine,” which is published by SSI. The magazine describes itself as the “premier informational journal for law enforcement, intelligence and special operations professionals.” It states that its mission is to “provide operators relevant information in order to combat terrorism at home and abroad.”[6]

SSI lists two products that are presumably provided to people who sign up to be SSI “Patriot Partners”: the Counter Terrorist newsletter, an SSI publication that claims to keep readers “up-to-date with developments, technologies, successes and … failures in the global struggle against Islamofascism”; and “Obsession: Radical Islam’s War against the West,” a controversial film described as “hate propaganda” by some critics and distributed by the Clarion Fund, a nonprofit organization closely linked to both the U.S. and Israeli right-wing.[7]

Among the activities SSI has previously advertised on its website are a training course for law enforcement agencies entitled “The Islamic Jihadist Threat” and a Department of Homeland Security-funded training program in Israel for U.S. clients. According to SSI’s website, this course is a two-day program “designed to give First Responders a deep understanding of the terror mindset and an explanation of the reasons for the Global Jihad as well as practical tips for Law Enforcement in detecting, preventing and responding to acts of terror.” Course topics include “Where does the hatred come from?- Arab naming conventions-Jihad- The Five Pillars of Islam-Ramadan-Domestic Terror groups-International Terror groups-Understanding the culture of Jihad.”[8]

The course has been harshly criticized. In 2008, for example, the Washington state chapter of the Council on American-Islamic Relations (CAIR) argued that SSI’s training at the Washington State Criminal Justice Training Commission promoted stereotypes that could lead to prejudicial profiling of Muslims. A CAIR representative told the Seattle Times, “Most police officers don’t have a basic grounding in Islam, so before you teach them about Islam, how can you teach them about radical Islam? It just makes you nervous because when a law-enforcement person pulls someone over, when they see a Muslim person or someone who appears Muslim to them—all this information they just learned kicks in.”[9]

According to SSI, its “Homeland Security Training” in Israel is the only privately-operated trip of its kind that receives funding from U.S. Department of Homeland Security. The company claims the program “is approved for graduate and undergraduate college credits” and “has been attended by Police, Sheriffs, Emergency Management, Transportation, Fire, Joint Terrorism Task Forces, State Law Enforcement Agencies, Fortune 500 companies, DHS and many more. All of them say this training is the very best they have ever received.”[10]

In an article for the 2007 issue of Counterterrorism called “The Origin of Radical Islam: The Muslim Brotherhood’s Goal of Taking over the World and Restoring the Caliphate,” Morgenstern pushes the conspiracy theory that for decades, groups like the Muslim Brotherhood have been secretly implementing a plan to impose Islamic law across the globe. Employing argumentation pushed by neconservatives like Frank Gaffney, Morgenstern highlights the views of modern Islamic thinkers like Sayyid Qutb, whose ideas form a core part of the ideology of Egypt’s Muslim Brotherhood. In particular, writes Morgenstern, Qutb believed that the world is reverting to a primordial order and the way to end this chaos is “to preach the Koran’s meaning everywhere and resort to physical power and jihad to destroy any remnants of the corrupt order.”[11]

Morgenstern wrote in 2007: “The Muslim Brotherhood’s plan which has aspects that are economic, political, and social has developed over the last 40 years. When small groups of devout Muslim men have gathered in homes in U.S. cities to pray, memorize the Koran, and discuss events of they day they were also concerned about their ultimate goal, one so controversial that it is a key reason they have operated in secrecy: to create Muslim states overseas and, they hope, someday in America as well.”[12]

[9] Janet I. Tu, “Does Course on Islam Give law Enforcers Wrong Idea?” Seattle Times, May 26, 2008,http://www.seattletimes.com/seattle-news/does-course-on-islam-give-law-enforcers-wrong-idea/.

[11] Henry Morgenstern, “The Origin of Radical Islam: The Muslim Brotherhood’s Goal of Taking over the World and Restoring the Caliphate,” Counterterrorism, Summer 2007.

[12] Henry Morgenstern, “The Origin of Radical Islam: The Muslim Brotherhood’s Goal of Taking over the World and Restoring the Caliphate,” Counterterrorism, Summer 2007.