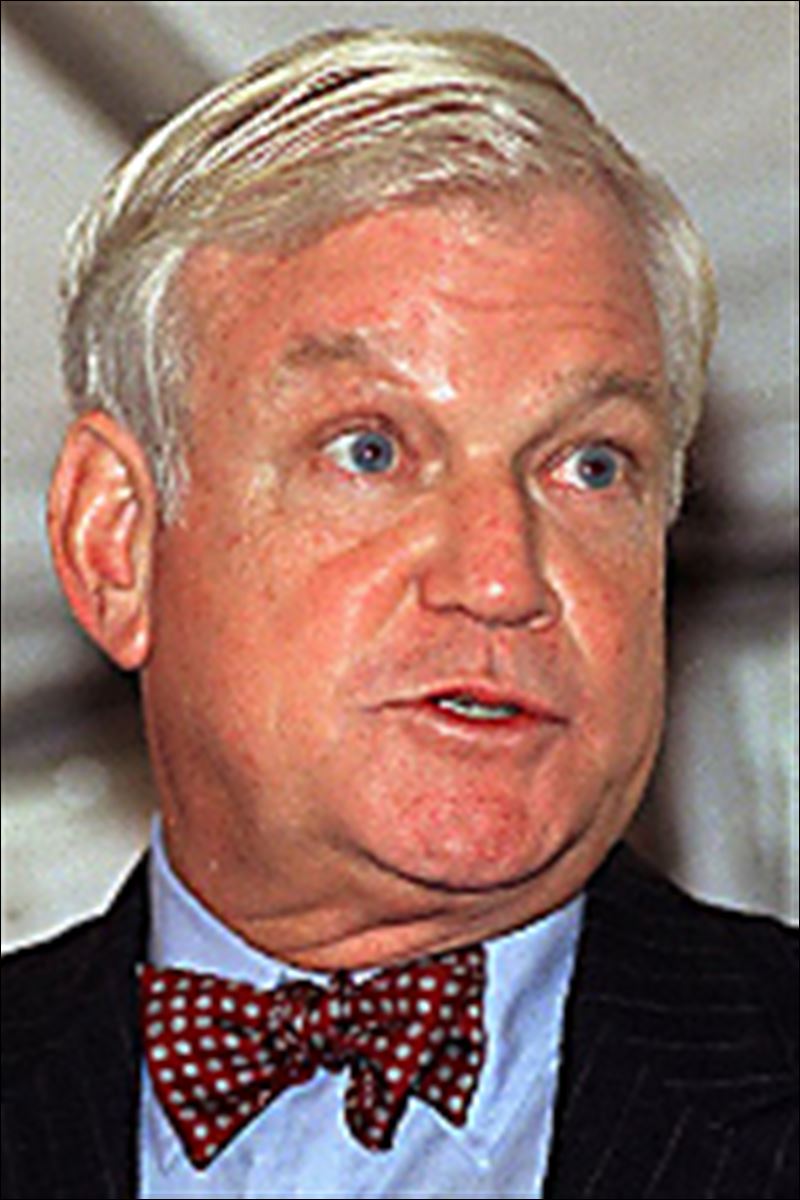 Richard Mellon Scaife (1932-2014) was the owner of the Pittsburgh Tribune-Review and chairman of the Scaife Foundations. Before his death in 2014, he had been a key financier of the American Right for decades.[1] A 1999 Washington Post exposé on Scaife reported that Scaife and his foundations had donated “at least $340 million to conservative causes and institutions—about $620 million in current dollars, adjusted for inflation. The total of Scaife’s giving—to conservatives as well as many other beneficiaries—exceeds $600 million, or $1.4 billion in current dollars, much more than any previous estimate.”[2]

Scaife’s charitable giving was largely drawn from the oil and banking holdings of the Mellon family. Scaife’s personal fortune was at one point estimated by Forbes to be around $1.4 billion.[3] Despite his wealth, Scaife was reportedly forced to cut back some of his philanthropic giving by the end of the George W. Bush administration because of the impact of “marital and legal woes,” according to a February 2009 National Journal report.[4] This cutback coincided with other big-name funders curbing their giving, including casino magnate Sheldon Adelson, due largely to the financial crisis that hit the U.S. economy hard in 2008 (see Eli Clifton, “The Economic Crisis: Will Money Trump Ideology?” Right Web, October 29, 2008). 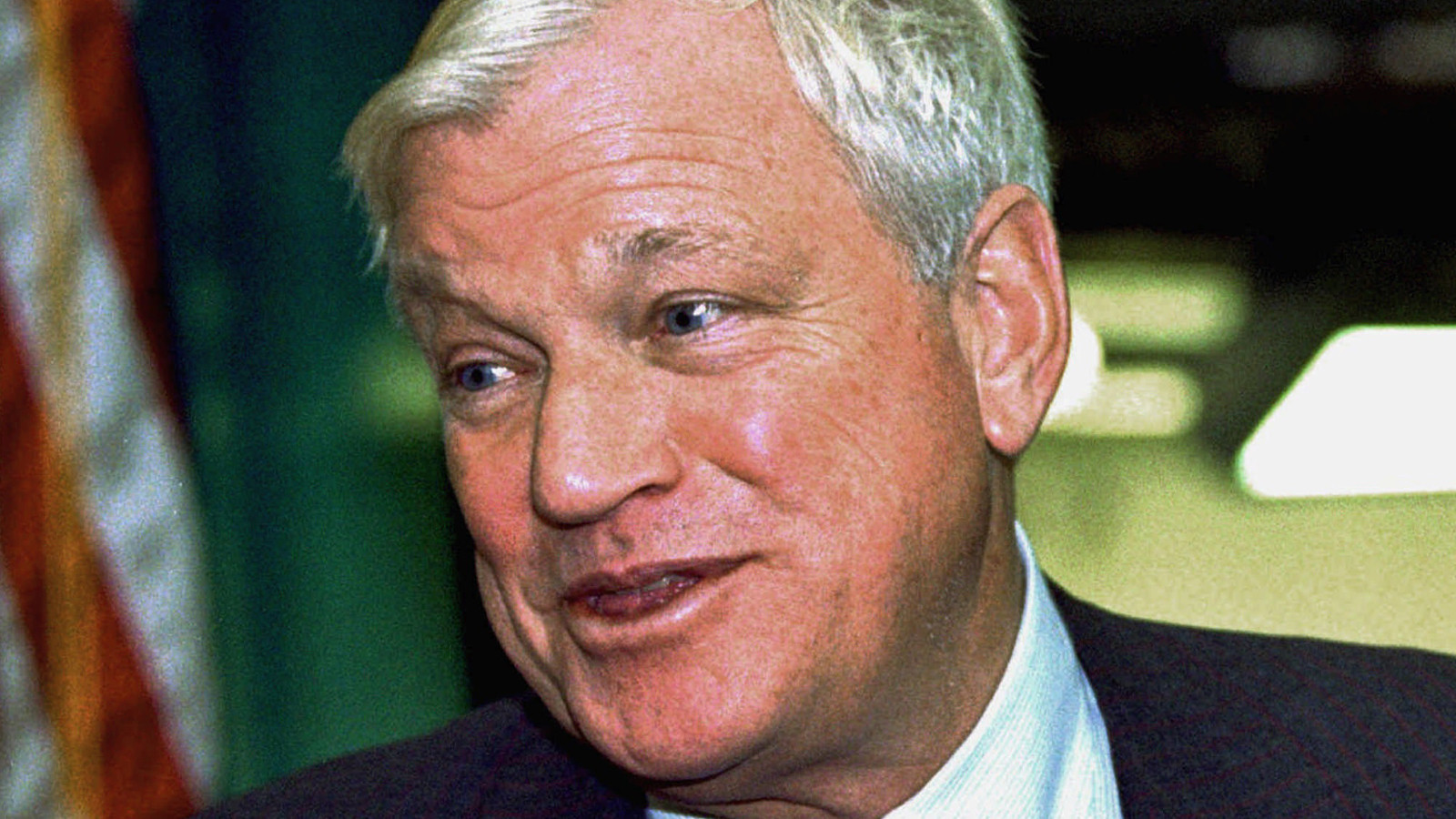 By concentrating his giving on specific ideological objectives, and making most of his grants available with few strings attached, Scaife’s philanthropy had a disproportionate impact on the rise of the Right.[5] Together with other conservative givers, like the Olin and Bradley Foundations, Scaife is credited with having played a significant role in nurturing the emergence of the New Right, as the National Journal reports: “The intellectual flowering of the conservative movement at AEI [American Enterprise Institute], Heritage, and elsewhere was possible not only because a few visionaries distilled a movement’s discontent but also because a handful of deep-pocketed, committed, and unusually patient wealthy benefactors such as John M. Olin, Richard Scaife, and foundations affiliated with them were willing to underwrite the broad ideological movement. Observers on the Left and Right agree that these institutions, collectively, have had a profound effect on the political debate, helping to restore the luster of such concepts as limited government, free markets, and personal responsibility that the New Deal and the Great Society had obscured, and to translate these philosophies into a concrete agenda for governing.”[6]

According to one account, Scaife charitable accomplishments were achieved because of his efforts at “simultaneously funding several different projects at different groups on the same topic” with the result that “in matters of defense and economic policy Scaife … helped to foster the illusion that there is a far greater diversity of views than actually exists.”

The Washington Post credits Robert Duggan with interesting Scaife in politics while he was studying at the University of Pittsburgh in the mid-1950s. Duggan, who was then dating Scaife’s sister Cordelia, apparently convinced Scaife to run for the post of committeeman in Allegheny County. Relations between the two soured when, as the county’s third-term district attorney, Duggan was accused of making deals with “criminal elements” and accepting bribes. Duggan was eventually indicted on tax fraud in 1974. The day the ruling against Duggan came out, he was found dead from a shotgun wound.[7]

However, it was Scaife’s disillusionment with Richard Nixon that appears to have provided the impetus for his interest in conservative philanthropy. Reports the Post: “His experience with Nixon [to whom he had donated up to a million dollars], according to several associates, persuaded him to invest his hopes and his money in conservative institutions and ideas, not politicians. Though he has continued to give thousands to political campaigns and political action committees, his interest in electoral politics receded.”[8]

Scaife’s funding activities began in 1962, when he gave several grants to various organizations, including the American Bar Association’s Fund for Public Education for “education against communism.”[9] Scaife soon developed funding relations with the  American Enterprise Institute, the Hoover Institution, and Georgetown University’s Center for Strategic and International Studies.

In 1974, the Heritage Foundation, a mainstay of conservative domestic and foreign policy thought,was established. Scaife was pivotal in providing the seed money for the think tank, giving at least twice as much as beer magnate Joseph Coors (who donated $250,000) during Heritage’s first two years. Scaife has served as a member of the board of trustees since 1985.[10]

Among the organizations that have benefitted from Scaife’s largesse are the Center for Immigration Studies; the Center for Security Policy; the Center for Strategic and International Studies; the Committee for the Free World; the Committee on the Present Danger; the Ethics and Public Policy Center; the Federalist Society; the Foreign Policy Research Institute; Freedom House; the  Heritage Foundation; the Hoover Institution on War, Revolution and Peace; the Hudson Institute; the Institute for Advanced Strategic and Political Studies; the Institute on Religion and Democracy; the Institute on Religion and Public Life; the Jamestown Foundation; the Manhattan Institute; the National Endowment for Democracy; the National Institute for Public Policy; the National Interest; and the Philanthropy Roundtable.[11]

Scaife has also been a key figure in conservative publishing.[12] Scaife bought a variety of newspapers in the 1960s and early 1970s, most of which were in Pennsylvania. His first media purchase was the Pittsburgh Tribune-Review, which he bought in 1969 for $5 million, when he was 37 years old. Scaife still retains ownership of the Tribune-Review.[13]

Although his foundations supported many of the organizations associated with the “war on terror” policies of the Bush administration, a key focus of Scaife’s funding was conservative social and domestic causes, which was reflected in the funding his foundations provide to groups like the Institute on Religion and Public Life and the Manhattan Institute.[14]

Scaife was a backer of the controversial Arkansas Project, a right-wing campaign to “uncover” the covert activities of Bill Clinton while he was governor and president. Liberal pundit James Carville called Scaife “the archconservative godfather in [a] heavily funded war against [Clinton].” Some observers argued that Scaife was prone to conspiracy theories, which might have accounted, in part, for his support of the project. Scaife told John F. Kennedy Jr., former owner and publisher of George magazine: “Listen, [Clinton] can order people done away with at his will. He’s got the entire federal government behind him. … God, there must be 60 people [associated with Bill Clinton] who have died mysteriously.”[15]

Scaife was been shy about using his minor media empire for political ends. According to Fairness & Accuracy in Reporting: “In the final days of the 2000 presidential campaign, Pittsburgh Tribune-Review publisher Richard Mellon Scaife, a longtime conservative activist, ordered all photographs and prominent mentions of Democratic presidential candidate Al Gore removed from the front page of the paper. As a result, the paper’s pre-election Sunday edition had a front page featuring George W. Bush in every campaign-related headline and photograph. A story about a Gore rally held in Pittsburgh, originally slated to run alongside a Bush piece on the front page, was moved to the inside of the paper. According to an account in the Pittsburgh Post-Gazette, Tribune-Review managing editor Robert Fryer ‘tried to dissuade Scaife but was overruled.’”[16]

[10] Heritage Foundation Board of Trustees http://www.heritage.org/About/Departments/trustees.cfm; Robert G. Kaiser and Ira Chinoy, “Scaife: Funding Father of the Right,” The Washington Post, May 2, 1999