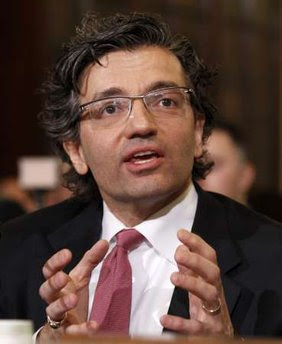 Zuhdi Jasser is a Wisconsin-born physician and anti-Islamist commentator associated with a number of hawkish groups in the United States, including neoconservative-led groups like the Committee on the Present Danger.[1] The son of Syrian immigrants and a practicing Muslim, Jasser founded the American Islamic Forum for Democracy (AIFD) in 2003 to “to build and establish an institution that can provide an ideological infrastructure for the ideas of liberty and freedom to Muslims and … give Muslims a powerful intellectual alternative to political Islam (Islamism) ultimately seeking the defeat of political Islam as a theo-political ideology.”[2]

A frequent commentator on Islamic issues for various conservative media—including Fox News and the Washington Times—as well as a contributor to right-wing groups like Family Security Matters, Jasser often advances sensationalist views regarding the fate of the “free world” in the face of Islamic extremism. On the website of the CPD, Jasser claims: “Only freedom-loving devotional American Muslims can lead an effective counter-jihad from within the Muslim community. The future of American liberty and the free world as we know it depends upon the moral courage of anti-Islamist Muslims. They must wake up to both their national responsibility and their personal religious responsibility of rescuing Islam from the theocratic ambitions of the Islamists."[3] 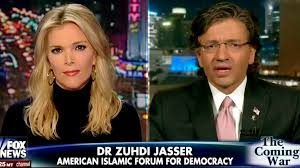 Jasser’s work has received the support of a number of groups in the United States who espouse anti-Islamic ideologies. These organizations include: the Hudson Institute, which has invited Jasser to speak on Islam; the Clarion Project, a controversial group with strong ties to Israeli settlers where Jasser served as a board member; and the Frank Gaffney-founded Center for Security Policy, which gave Jasser its "Defender of the Home Front" award during one of its annual “Keeper of the Flame” dinners.[4] Nina Rosenwald, a prominent funder of numerous “pro-Israel” and anti-Islamic organizations has also financially supported Jasser’s AIFD, and the Rosenwald-founded and John Bolton-led Gatestone Institute includes Jasser as a member of its advisory board.[5] In its 2011 report “Fear, Inc.,” the Center for American Progress (CAP) noted that AIFD had received funding from the William Rosenwald Family Fund, which has given millions to anti-Muslim organizations.[6]

Commented one observer: “So how is it possible for someone who claims to be a devout Muslim to be an active participant in helping the promotion of anti-Islam sentiment? Therein lies Dr. Jasser’s value to this multi-million dollar machine—to play the role of the ‘good Muslim.’”[7]

Jasser has tried to smear the work of leading Muslim civil society organizations. A key focus of his attacks has been the Council for American-Islamic Relations (CAIR), a group constantly disparaged by right-wing groups. Jasser has long argued CAIR and other mainstream Muslim American groups are “Islamist.”[8]

Haris Tarin, the director of the Washington, D.C., office of the Muslim Public Affairs Council, has said of Jasser’s maligning of Muslim groups: "Mr. Jasser says that the Muslim American community, its institutions, and establishments are the problem. He might bring up some issues that are valid in terms of reform, but his approach is throwing the whole community under the bus."[9]

One Muslim-American organization that has escaped Jasser’s criticism is the American Islamic Congress (AIC), where Jasser formerly served on the board of directors.[10] Similar to Jasser’s AIFD, AIC receives funding from prominent Islamophobic donors like Sheldon Adelson and the Donor’s Capitol Fund.[11] AIC was also a major supporter of the 2003 invasion of Iraq.[12]

Jasser also received notoriety for his role in Rep. Peter King’s (R-NY) 2011 congressional hearing on radicalization in the Muslim American community. Jasser acted as a witness for King during the hearing, and declared during his testimony that he worried “we’ve surrendered the Constitution to the jihadists.” He later dismissed criticism from the Muslim community of the hearings—which were deemed a “witch-hunt” by many commentators[13]—saying: “We’re not intellectually equipped from a religious standpoint, because Muslims don’t understand their faith.”[14]

Jasser’s closeness with Rep. King became evident in 2012 when he appeared at a pro-NYPD rally with the congressman after the release of an Associated Press report detailing a secret NYPD unit monitoring Muslims in New York City and elsewhere. “We thank God everyday for the NYPD,” Jasser proclaimed in light of the controversial revelations. Days later, Jasser was appointed a member of the U.S. government’s Commission on International Religious Freedom by then Senate Minority leader Mitch McConnell (R-KY).[15]

Jasser also has a blog on Pundicity.com, which publishes hardline writers like Steven Emerson, Michael Rubin of the neoconservative American Enterprise Institute, and Cliff May of the Foundation for Defense of Democracies.[16] Jasser’s blog entries typically include harangues about purported “Islamist” influence in the United Sates, including accusations that Barack Obama’s administration is overly influenced by “Beltway Islamists” and extended discussions about the threat of “political Islam.”[17]

In a February 2009 blog entry, Jasser criticized President Obama for announcing in his inaugural address that he was seeking a “new beginning” with the “Muslim world.” According to Jasser, Obama’s formulation erroneously grouped all Muslims together, neglecting to differentiate between “Islamists” and “devout anti-Islamist Muslims.” He wrote, “By making no distinctions between support for autocrats and dissidents, he spoke to maintaining the status quo—the despots in control. The 'Muslim world' is not monolithic. Giving it a simple description as a singular political entity based in a faith practice directly feeds into the language of the theocrats—the Islamists. … By ignoring the ideas of liberty and generically reaching out to Muslims, we do the moral cause of freedom a great disservice. We tell them that we will return to the days of empowering their oppressors and ignoring their dissidents all in the name of ‘mutual interest and respect.’"[18]

Jasser has been involved in the production of various controversial films promoting the Islamist threat thesis. In 2007, Jasser was one of several “experts” interviewed for the documentary Islam v Islamists, a film produced by ABG Films, which alleged that moderate Muslims were being intimidated by Islamic extremists in western democratic countries. After PBS decided not to air the film because of what it described as its poor production quality and incomplete reporting, many right-wing groups in the United States harshly criticized PBS for having an ideological agenda.[19] Frank Gaffney, one of the film’s producers and head of the hardline neocon group Center for Security Policy, said, “This is a well-documented, textbook case of the abuse of taxpayer funding by elements in the public broadcasting system to advocate their agenda and ensure that people who have a different agenda don't get on the air.”[20]

Jasser’s bio page on his American Islamic Forum for Democracy website states that he was “one of the moderate, anti-Islamist Muslims featured in the controversial PBS film, Islam v Islamists. … This film was initially banned from distribution on PBS stations as originally intended in the Crossroads program but was then aired in a limited distribution to some affiliates. It did receive national acclaim in its release on the Fox News Channel in October 2007.”[21]

In 2009, Jasser again plunged into a controversy sparked by a film with an apparently anti-Islamic agenda, The Third Jihad, a documentary produced by the Clarion Project, a U.S.-based non-profit with strong ties to both the U.S. and Israeli right-wing. Jasser is a central figure in The Third Jihad, which largely revolves around his commentary on Islamists. Reviewing the film, the Inter Press Service reported that Jasser and the film’s creators contend that “Radical Muslims, by having children, spreading their faith, and ensuring their ability to practice Islam as they see fit, are working a 'demographic jihad' in which they see themselves emerging as a majority and making Islam the dominant religion of the U.S.—eventually to take over the nation altogether.”[22]

[1] “M. Zuhdi Jasser,” The Committee on the Present Danger, http://www.committeeonthepresentdanger.org/index.php?option=com_cpdteam&id=1621&Itemid=89.

[2] “About Us,” Islamic Forum For Democracy, http://aifdemocracy.org/about/.

[3] Committee on the Present Danger, “Zuhdi Jasser,” http://www.committeeonthepresentdanger.org/index.php?option=com_cpdteam&id=1621&Itemid=89(accessed May 24, 2009).

[9] Adam Serwer, “Muslim Group Leader to NYPD: Thanks for Spying on Us,” Mother Jones, March 19, 2012,http://www.motherjones.com/politics/2012/03/muslim-group-leader-nypd-thanks-spying-us-zuhdi-jasser.