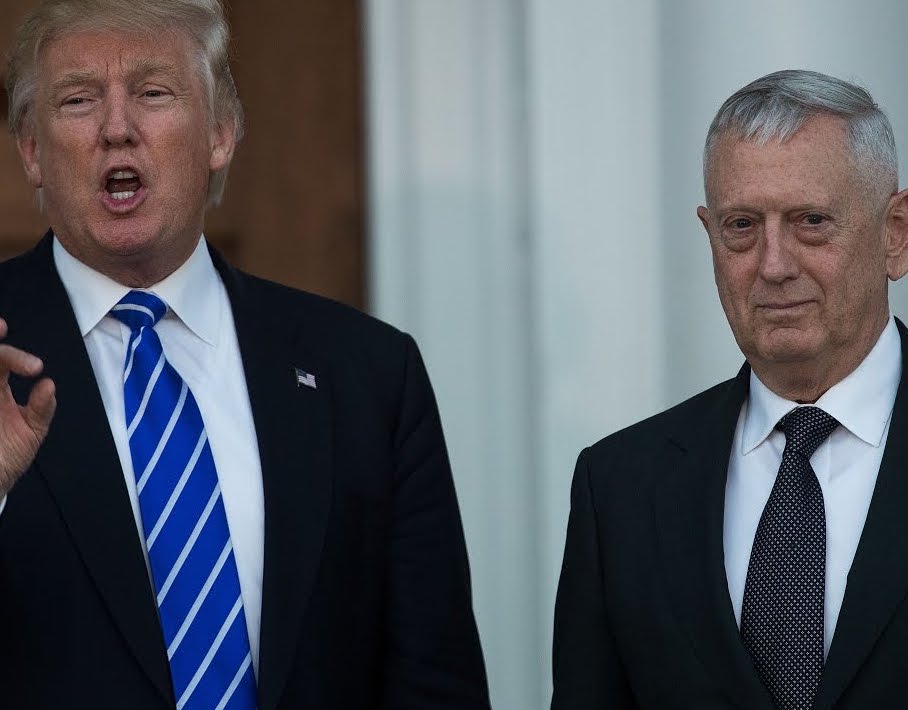 Our iconic generals and their feckless political masters and media audience all forgot the fundamental tenets of strategy: the main one being that war must serve a coherent political objective and not degrade to an end in itself devoid of purpose and limits in policy and treasure.

(Lobelog) Recent statements by a bevy of retired admirals and generals, former Special Operations Commander Admiral (Ret.) William McRaven, and former Defense Secretary General (Ret.) Jim Mattis’s admonishment of the commander-in-chief, President Trump, provide insight into some uncomfortable realities of today’s civil-military relations. The statements come amidst a constitutional crisis with a dazed public that seems ever more disconnected from the wars it has embraced with little objections over almost two decades.

On October 23, 40 retired admirals and generals called on Trump to conduct himself in accordance with the values of the armed forces. This extraordinary missive followed McRaven’s call in an October 17 New York Times op-ed piece that if Trump wasn’t prepared to stand up for the hallowed principles of the republic and its institutions, then it was time for a “new person” in the oval office.

Addressing an audience on the same date as McRaven’s op-ed, Mattis openly mocked Trump’s recent insults directed at him, saying that while he had gotten his spurs in Vietnam, Trump had gotten his spurs in a doctor’s office—referring to Trump’s Vietnam War draft deferment. He also responded to Trump’s criticism of him as an overrated general by referring to himself as the “Meryl Streep of generals,” in reference to the multiple Oscar-award winning actress who had also been criticized by Trump as overrated.

The direct challenge to the commander-in-chief by these retired military officers and, by implication, their institutions, are unprecedented in the republic’s history.

While many have applauded the criticism of the chief executive by these retired military brass, it raises disturbing questions over the state of civil-military relations in the United States. The mocking, humorous commentary by Mattis provides a bookend to the more sobering call for a new President by McRaven as well as the call for Trump to start abiding by a more honorable code of conduct by the collection of retired generals and admirals. Importantly, the critiques offered by the senior military leaders draw upon a tradition of military honor and the values of bravery and service as the basis for their criticisms—and their own exceptionalism—in drawing attention to the president’s behavior.

No one can doubt the tradition and honor of these retired generals and admirals, but these ex-officers have entered into the realm of domestic politics in crisis, which is a not high ground found in most text books on the operational level of war.  It must also be noted that these figures hale from the modern era of civil-military relations, one that is only distantly related to the time of the citizen soldier that featured so prominently in much of the country’s history.

Today’s military leadership are products of the volunteer force, and their connection to the republic’s citizens grows ever more tenuous. America’s military increasingly resides in gated communities inside bases or segregated housing complexes subsidized by the taxpayers to go off and fight (and die) in whatever wars the President decides to send them off to.  And die they have. They have their own schools, their own gas stations, their own grocery stores, their own health care and, in contrast to civil servants, are generally treated to generous pay raises every year by Congress.

Since the 1970s, with the creation of the volunteer force, the American people have aided and abetted a misguided and dangerous Praetorian iconography. In the post 9/11 era, the people drop kicked any responsibility for the forever wars into the laps of the volunteer force with the standard, anodyne “thank you for your service” as the way to escape any responsibility for the country’s military debacles around the world.  A public drugged on legends lionized by celebrities like Tom Hanks about a greatest generation loves watching the fictionalized accounts on its movie screens about how great we were in these endless wars, perhaps in a desperate attempt to believe that something useful has been achieved since the end of 2001 when it has manifestly achieved no coherent strategic end at all.

A regrettable product of America’s post-9/11 wars over the last twenty years has been the mysterious veneration of the generals that have returned from the front lines to be received as iconic heroes, with the press fawning and gushing all over them. This process started in the domestic politics of the McCarthy era with the manner in which the Republican party used Douglas McArthur in 1951 against Harry Truman.

Despite not winning the forever wars, the iconic generals have returned home with their tickets punched to the .1 percent club replete with corporate jets, chauffeured limousines, positions on elite corporate boards, and prestigious academic institutions, and/or six-figure speaker fees for audiences around the country. The most laughable of these is the fired General Stanley McChrystal, who delivers speeches about leadership to rapt audiences of wannabe special operators around the country. Or what about retired Army General David Petraeus? He was rumored to be a top candidate for Trump’s Secretary of State despite the fact that he pleaded guilty to divulging classified information to his mistress.

They have also, in McRaven’s case, been instrumental in further cementing the bureaucratic empire surrounding their favored institution. McRaven was instrumental in establishing Special Operations Command as a global organization with seemingly unlimited reach—effectively turning special forces into its own arm of the military.  This is an at best curious response to the undeniable reality that the country has lost the last two wars in Iraq and Afghanistan that featured prominent roles for special forces in our guerrilla wars.

Before we elevate these celebrity-like figures to their rock star-like status, we also need to remind ourselves that Mattis, McRaven, McChrystal, Petraeus, and many others helped enable and direct our forever wars, promising us that superior tactics and operational proficiency extracted from British and French colonial warfare would turn the tide against our jihadist and or guerrilla enemies in Iraq, Afghanistan, and elsewhere.

Despite our proficiency in doctrine writing and our weapons and more than $5 trillion spent, no tide was ever turned in these wars, and we (and our generals) left a trail of wreckage and blood behind them that has helped wreck at least four countries in the Middle East alone. Moreover, millions of refugees, not to mention hundreds of thousands wounded or killed are now throwing the international system into turmoil.  The only winners in the disaster are the bond-holders from China and the Gulf States, guaranteed that the U.S. will not default on its credit obligations.

Our iconic generals and their feckless political masters and media audience all forgot the fundamental tenets of strategy: the main one being that war must serve a coherent political objective and not degrade to an end in itself devoid of purpose and limits in policy and treasure.

When the application of force via the citations of military honor and battlefield bravery become disconnected from the politics of war, all we are left with is our body counts and ever-efficient kill teams roving the globe in search of a never-ending supply of enemies. And these are the people we want to rescue us in the midst of a constitutional crisis?

Sixty years ago, at a time of national peril in the Cold War which also led to the idea of savior generals in the face of the many challenges of the time, a book/film of the era, Seven Days in May, depicted a Napoleonic flag officer conspiring with his brother officers and those in Congress to mount a putsch.

In the climactic scene, the president Jordan Lyman, (played by Frederick March) tells General Vincent Matoon Scott (Burt Lancaster) that the manner for a general officer to save the republic is to take off his uniform and run for public office. Neither the newspaper op-ed by the former admiral, nor the comments at a dinner by a retired general and former Defense Secretary constitute this scene in film, but the American people have the urgent duty to save themselves at the ballot box.

While many applaud the candor of these military figures, humorous or not, we are wrong to look to so-called “savior generals” to rescue the U.S. Such a deed is not their job. The task to master the civil military facet of this constitutional crisis lies with the American people exercising their will through the ballot box. The last time around 60-odd million of them voted for Trump, though they could clearly see that he was a fraud, a congenital liar, and an authoritarian in waiting. He made no attempt to pretend he was anything else.

America’s democracy cannot be saved by its flawed, if well-intentioned, generals—however much we might want them to do it.

James A. Russell is an Associate Professor in the Department of National Security Affairs at the Naval Postgraduate School in Monterey, CA, where he is teaching courses on Middle East security affairs, nuclear proliferation, terrorism, and national security strategy. His articles and commentaries have appeared in a wide variety of media and scholarly outlets around the world. His latest book is titled Innovation, Transformation and War: US Counterinsurgency Operations in Anbar and Ninewa Provinces, Iraq, 2005-2007 (Palo Alto: Stanford University Press, 2011). He is currently working on a book about learning in irregular war, focusing on US military operations in Afghanistan. Prior to arriving at NPS from 1988-2001, Mr. Russell held a variety of positions in the Office of the Assistant Secretary Defense for International Security Affairs, Near East South Asia, Department of Defense. During this period he traveled extensively in the Persian Gulf and Middle East working on various aspects of US security policy. He holds a Masters in Public and International Affairs from the University of Pittsburgh and a Ph.D. in War Studies from the University of London. The views he expresses here are his own.