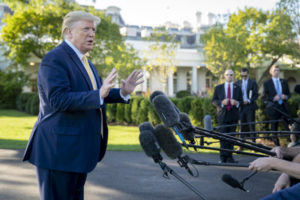 Could the Syria debacle finally force some Middle Eastern regimes to begin exploring the possibility of rapprochement with their neighbors?

(LobeLog) President Trump’s recent decision to withdraw U.S. troops from the Syrian-Turkish border and the ensuing Turkish offensive against the Kurds have thrown the Levant and the wider region into a deadly spiral of chaos and mayhem. Despite U.S. and European threats of crippling sanctions, Turkish President Recep Tayyip Erdogan has indicated that his military offensive in Syria will continue. The Kurdish forces that have fought the Islamic State (IS or ISIS) alongside American troops feel abandoned by the Trump administration and find Trump’s action inexplicable.

Regardless of whether Trump backtracks on his withdrawal decision and even whether he punishes Turkey for its new Syrian offensive, the damage to U.S. prestige and credibility in the region has already been done. Nations in the region view America’s abandonment of its Kurdish allies as an act of short-sightedness, untrustworthiness, expediency, undependability, fickleness, disloyalty, and vacillation. The president’s claim that his decision comports with his desire to stop U.S. involvement in “endless wars” rings hollow, especially as he continues to support Saudi Arabia in its savage war in Yemen. The Kurdish forces have accused the Trump administration of betrayal and have now joined forces with the Assad regime.

The fight against ISIS, which the predominantly Kurdish Syrian Democratic Forces spearheaded and for which they paid dearly in life and treasure, is far from over. The United States worked closely Kurdish forces and often provided them with safe zones against potential attacks by the Turkish military. Thanks to Trump’s decision, Erdogan believes he is free to attack the Kurds in Syria without accountability to Washington. He felt vindicated by President Trump’s initial tepid response to the first day of Turkey’s offensive. If the U.S. Congress passes severe sanctions against Turkey, and if the president approves them, Turkey will be forced to alter its regional calculus despite Erdogan’s public bravado. Once more the region will be thrown in the throes of war.

Beyond Syria, the decision to withdraw is creating a set of dangerous unintended consequences for the peoples of the region and for U.S. long-term interests in that part of the world. President Trump claims that the Middle East is not as critical for U.S. interests as it used to be. ISIS, al-Qaeda, Syrian dictator Bashar al-Assad, Russia, Iran, and Turkey are ready to expand and execute their game plan. American leadership is at stake.

Without America’s watchful eye, the brotherhood of autocrats in the region and the band of corrupt autocrats and regimes—including, among others, Saudi Crown Prince Mohammad bin Salman, Abu Dhabi Crown Prince Mohammad bin Zayed, Egyptian President Abdel Fattah el-Sisi, Bahraini King Hamad bin Isa, and the militaries in Sudan and Algeria—can stay the course of corruption and repression without interference from Washington.

Ongoing street protests across several Arab countries—from Sudan to Algeria and from Egypt to Iraq—are once again demanding their governments and regimes end corruption and repression. Thousands of protesters and pro-democracy and human rights advocates have been arrested and are languishing in Saudi, Egyptian, Bahraini, Iraqi, and Algerian jails without due process. As Arab dictators no longer perceive the defense of human rights as a central tenet of U.S. foreign policy, they proceed to suppress their peoples’ demands for justice, freedom, and dignity without fear of retribution from Washington and other Western capitals.

Autocratic leaders have resorted to tribal, country-driven nationalism to mobilize regime supporters against regime opponents and pro-democracy and human rights dissidents, whom they call “enemies of the state.” Many of these regimes, especially in Saudi Arabia and Egypt, have emphasized the concept of wataniyya, to mean local, exceptional, and exclusionary patriotism, as compared to the broader inclusive concept of Arab nationalism, or qawmiyya.

The resurgence of ISIS in Syria has been largely thwarted by the presence of Kurdish fighters and by U.S. military strikes. If U.S. troops leave, Kurdish fighters will focus on repelling and surviving the Turkish military attacks. Fighting terrorism becomes totally incidental. Furthermore, as Turkish advances target the Kurds, terrorist groups will have unprecedented freedom to operate in those parts of Syria that are beyond the reach of the regime.

With such newfound operational freedom, terrorist groups would spread into Iraq and reopen the border between the two countries. As public protests in Iraq turn to violence, the Iraqi government may become more preoccupied with street protests and spend fewer resources on fighting the terrorist resurgence in Iraq.

ISIS has already deep roots across northern Africa and the Sahel. Al-Qaeda’s regional affiliates and its rebranded branches in Syria will get a new lease on life as well. The faltering Saudi war in Yemen against the Houthis has created opportunities for the resurgence of terrorist groups there—some of these groups have even been used by the Saudis in the fight against the Houthis.

When terrorist organizations conclude that Washington is surrendering its leadership in the region and will not send American troops to defend friendly regimes, they will become more adept and brazen at recruiting new followers and creating more lethal jihadists. If some regimes that are close to the Trump administration begin to wonder whether Washington will abandon them as it did the Kurds, the gathering threat of terror becomes a self-fulfilling prophecy.

Middle Eastern regimes and governments that for years have relied on influential members of the United States Congress to protect their interests are no longer sure that their close relations with the United States would necessarily endure. Consequently, Russia, China, Iran, and Turkey, to name a few, will emerge as powerful political players and will present themselves as more dependable partners than Washington. Will these regimes be able to face the rising terrorist threat and the growing uncertainty of their relations with Washington?

From a strategic perspective, diplomatic, military, and national security collaboration between some of these countries and the United States will also suffer as these states engage in a reassessment of their traditional alliances. Vladimir Putin’s Russia will likely, or even certainly, emerge as the winner from the murkiness that follows. In recent years, Russia has played a dangerous game to destabilize Western democracies. Now it has the chance to destabilize Arab autocracies under the guise of being a more reliable ally.

Despite the ensuing chaos, it is possible to discern a couple of potentially positive developments from the withdrawal debacle. First, some Middle Eastern regimes might seriously begin to explore the possibility of rapprochement with their neighbors. Saudi Arabia may reach out to Iran to de-escalate tensions and end the war in Yemen. MbS also might seek ways to make peace with Qatar, a fellow Gulf Cooperation Council member, and end his reckless and unsuccessful blockade against it. MbS could also engage his counterpart in the United Arab Emirates, MbZ, to establish an acceptable government structure both in Yemen and in Libya.

Second, the continuing street protests across the region demanding a better economic life and an end to regime corruption might force regimes and governments to rethink their relations with their people, with an eye toward more equitable economic and social policies. If these regimes can no longer rely on outside support to maintain their hold on power, they might finally come back to their people for advice. Inclusion—regardless of race, sect, ethnicity, or gender—could emerge as the only sure policy for stable societies in these countries. A pipe dream, perhaps.