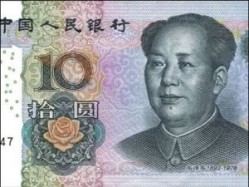 Barring a shocking turn of events, the 2012 election will not turn on foreign policy. The Republican primary debates thus far have focused mostly on economic and cultural issues. Indeed, with the exception of minor candidate Jon Huntsman, the current Republican Presidential field is notable mostly for its lack of experience or interest in foreign policy. Recently, several candidates took the opportunity to criticize President Obama’s decision to withdraw all U.S. troops from Iraq. However, this represented less a positive vision of foreign policy than an opportunistic critique of the incumbent.

Perhaps the biggest long-term foreign policy issue facing the United States is the status of its relations with the People’s Republic of China. Over the past ten years, China has developed into a mature military power, developing advanced technology such as ballistic missile submarines, the J-20 stealth fighter, and the DF-31 Anti-Ship Ballistic Missile. Trade with China has quadrupled since 2001, as the PRC has become the United States’ second-most important trading partner after Canada. China also holds 36 percent of all foreign-owned U.S. Treasury bonds. Put simply, the political and economic relationship with China is absolutely critical for the future prosperity and well being of the United States.

Unfortunately, the current Republican field has given little indication of any serious thought on the future of this critical relationship. Front runner Herman Cain told Sean Hannity, “I believe that we need to clarify who our friends are. We need to clarify who our enemies are. So we can stop giving money to our enemies.” Such a remark clearly falls abysmally short of capturing the complexity of Sino-American relations.

The most sophisticated delineation of foreign policy preferences thus far has come from former Massachusetts Governor Mitt Romney. Although Romney has minimal foreign policy experience, he has developed a team of advisors with a long pedigree within the GOP foreign policy establishment. The headliners of his team include such neoconservative luminaries as Robert Kagan, founder of Project for a New American Century and the Foreign Policy Initiative, Eliot Cohen, Michael Hayden, and Michael Chertoff.

However, Romney’s Asia-Pacific working group has a more moderate cast. It includes Evan Feigenbaum, a South and Central Asia expert who generally has counseled moderation towards China; Aaron Friedberg, a former adviser to Dick Cheney and founding member of the Project for the New American Century who has argued that the long-term relationship between the United States and China will depend on Chinese democratization; and Kent Lucken, a retired diplomat who sits of the board of the U.S.-Asia Institute, an organization dedicated to improving U.S. relations in East Asia.

Given this set of advisors, Romney’s pronouncements on China have demonstrated a degree of schizophrenia. Romney’s military stance aims squarely at confrontation with China. In his well-publicized speech at the Citadel on October 7, Romney warned of a grim future: “China has made it clear that it intends to be a military and economic superpower. Will her rulers lead their people to a new era of freedom and prosperity or will they go down a darker path, intimidating their neighbors, brushing aside an inferior American Navy in the Pacific, and building a global alliance of authoritarian states?”

Romney followed up this bromide with a proposal to expand U.S. naval shipbuilding from nine to 15 ships. Given his allegations about “an inferior American Navy,” it seems clear that these ships would be destined for service in the western Pacific.

At the same time, Romney has proposed that the United States cede part of its global leadership role to China, particularly in terms of foreign aid. In an October 18 debate, Romney suggested that the United States should forego global humanitarian aid, instead relying on China to assist other countries directly. The impact of such a policy would almost certainly be an expansion of China’s global influence at the expense of the United States. These statements probably represent an effort to appeal to a Republican primary constituency hostile to foreign aid, rather than a genuine foreign policy priority.

Romney has also made strong statements denouncing Chinese currency manipulation. Arguments about currency manipulation allow GOP candidates to simultaneously act tough and support economic growth. If China allowed its currency to float, U.S. exports would become more competitive and the American worker would benefit. But the currency manipulation argument also hearkens back to a centuries-old narrative about the potential of selling to the huge Chinese market. For as long as the West has appreciated the size and extent of China, merchants have dreamed of carving out a share of the market. With a developing Chinese middle class, this dream is closer than ever to realization. But taking advantage of the Chinese market, whether or not China adjusts its currency policies, demands a good working diplomatic relationship between the United States and China. Nevertheless, Romney has suggested slapping unilateral trade sanctions on China in retaliation for its currency manipulation.

Similarly, Romney has attacked President Obama for being insufficiently tough on Chinese intellectual property policies. The People’s Republic is well known for its cavalier attitude towards intellectual property, having been the target of criticism from the United States, Russia, and several other countries. Intellectual property theft in China poses problems for a number of U.S. industries that rely on robust IP protection, problems which extend beyond Chinese borders. Some Chinese producers copy U.S. products, then export them to third countries, creating a doubly problematic situation. However, the biggest concern about intellectual property has to do with access to China’s domestic market, which many American producers feel is undercut by loose IP enforcement. For Romney, “getting tough with China” means getting America’s long-term commercial relationship with the PRC in order, which in turn assumes that a strong economic relationship with China is good for America.

Here lies the conundrum. Tough talk on China from a military point of view is at odds with the notion of China as a great market for U.S. goods. In some sense, China is supposed to play the role in modern GOP mythology that the Soviet Union played for Ronald Reagan. However, the relationship between China and the United States today is much deeper and more multifaceted than the relations between the superpowers during the Cold War.

U.S. business elites, by and large, do not have an aversion to good relations with China. In part this stems from the desire of U.S. businesses to sell goods to Chinese consumers, but it also takes into account the fact that many of these businesses depend on Chinese exports, and indeed have inter- or intra-firm supply chains that would suffer from adverse relations with China. For example, the Club for Growth refers to criticism of Chinese currency manipulation as “a favorite trade boogeyman that politicians love to demonize.” It also decries Romney for suggesting that Chinese growth has been bad for the United States, an issue that starkly distinguishes the free trade and neoconservative wings of the Republican Party. Similarly, in a recent report on the future of scientific innovation in China, the conservative Chamber of Commerce suggested that “U.S. politicians need to move beyond their American ‘exceptionalism’ worldview that the country’s founding ideals and system of government should be adopted globally. It is time for the U.S. to admit that China will never be ‘just like us.’ China will continue to choose its own path.”

Romney’s problem may be that the public foreign policy face of the Republican Party does not reflect the variety of opinion within the GOP on international issues. As his adherence to a neoconservative foreign policy vision on China and Iraq indicates, major Republican candidates have not yet found an alternative vocabulary for talking and thinking about foreign policy. Even though neoconservatives appear to lack strong grassroots support, they present what is effectively the only option for an “establishment” GOP candidate.

Romney’s case in particular highlights the difficulties that a foreign policy heretic might endure in pursuit of the GOP nomination. Romney already faces major questions about his conservative credentials on abortion, health care, and other policies. Deviating from a neoconservative line on foreign policy would expose him to further charges of heresy and might open space for another candidate to win the approval of core constituency within the Republican establishment. In other words, Romney has a strong incentive not to say the reasonable things about China that his Asia advisors and his business constituency probably want to hear.

The only candidates to substantially dissent from the general foreign policy orientation represented by the Romney campaign are Jon Huntsman and Ron Paul. Paul argues for a dramatic reduction of U.S. commitments abroad, a position not generally popular in the GOP. Huntsman has suggested a more moderate and nuanced approach to foreign policy, although even he has made strong statements about Chinese currency.

However, the eventual nominee is very likely to employ a stable of advisors and advocate for a set of policies very similar to those of the current Romney campaign. In large part because of the success of the neoconservative movement in dominating such think tanks as the American Enterprise Institute and the Heritage Foundation, which most candidates rely on for expertise, Republicans have only one vocabulary for talking about foreign policy. This vocabulary emphasizes strength, toughness, and American exceptionalism. Whether a new GOP president could break out of this vocabulary remains to be seen. But the viability of any long-term Republican Party foreign policy platform as well as the fate of U.S. policy in the Middle East, Asia, and elsewhere, potentially rests on just such a feat.

Robert Farley is an assistant professor at the University of Kentucky’s Patterson School of Diplomacy and International Commerce. His last article for Right Web, “The Nuclear Posture Attack,” was published in June 2010.