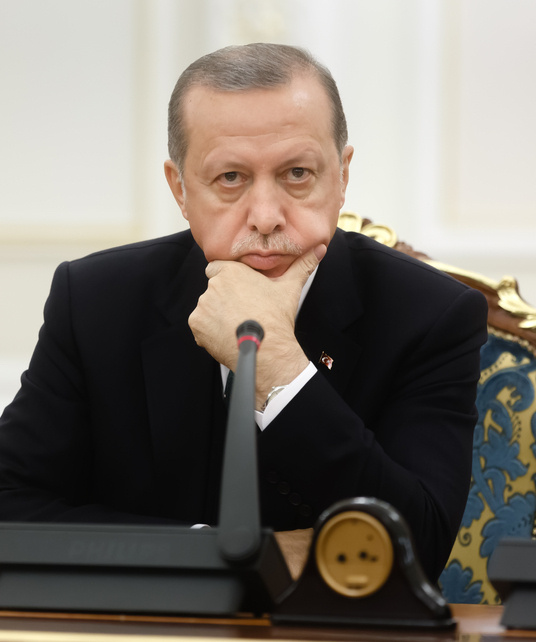 (Lobelog) In recent years there has been remarkable upheaval between Persian Gulf countries. Iran and Qatar have been on mostly extremely negative terms with Saudi Arabia, the United Arab Emirates (UAE), and Bahrain. The U.S.’s “maximum pressure” campaign against Iran has received varying levels of support from Gulf Cooperation Council (GCC) members which welcomed the Trump presidency as an opportunity to see Iran weakened geopolitically and economically. The blockade of Qatar essentially shattered the notion that the GCC can be institutionally effective and functional in terms of mitigating and countering security threats. The Sultanate of Oman also has grave concerns about what it sees as Emirati expansionism in the southern Arabian Peninsula.

Within this context of tensions mounting between various countries of the Gulf, an outside power is asserting itself in the region more confidently: Turkey. Indeed, Ankara is a rising actor in the Arabian Peninsula and the Gulf. Only 25 years ago, Qatar was cosseted by Saudi Arabia and lacked much of an independent foreign policy, let alone a dynamic relationship with Turkey. Yet, since the GCC crisis erupted in mid-2017, Ankara has proven to be capable of influencing the outcomes of high-stakes standoffs between Gulf states. Over the years, the Qatari-Turkish relationship has become an important bloc in the region that holds influence over Muslim Brotherhood movements, parties, and causes, as well as some governments. Meanwhile, Turkey has also played a relatively significant role in terms of undermining international and regional efforts to isolate the Islamic Republic.

Immediately after the blockade of Qatar began in June 2017, Turkish president Recep Tayyip Erdo?an condemned the move for violating Islamic values and compared it to a “death penalty.” Two days after the siege began, the Turkish Parliament ratified military deals authorizing the deployment of Turkish military personnel in Qatar to train the local security forces. In the following days, Turkish cargo planes and ships delivered massive amounts of food supplies to the Gulf monarchy, as exports from Turkey to Qatar increased by 50 percent from 2016 to 2017.

Following the Trump administration’s announcement on the “maximum pressure” campaign, Erdo?an announced that Turkey will not support “imperial” U.S. sanctions on Iran, claiming that they put regional security at risk. Additionally, he vowed to take all measures to minimize the impact of sanctions on trade between Iran and Turkey and to support Iran in difficult times. In April 2019, Turkey’s Foreign Minister Cavusoglu further reiterated President Erdo?an’s commitment to raise bilateral trade with Iran to $30 billion, a threefold increase in compared to current levels.  Furthermore, Qatar and Turkey have jointly spoken out against the designation of Iran’s Revolutionary Guards as a terrorist group, again highlighting how the decision will destabilize the region. Since the beginning of the Qatar crisis, Tehran, Ankara, and Doha have launched a joint working group to boost commercial relations and facilitate trade and transportation among the three countries.

For its part, the Al Thani royal family of Qatar has consistently backed Turkey’s actions in the region and pledged financial support to the lagging Turkish economy. In August 2018, the Emir of Qatar announced an investment of $15 billion in Turkey’s economy, including a $3 billion currency swap to support the depreciating Turkish lira. Remarkably, the Emir also donated a brand-new Boeing 747-8 (worth $500 million) out of his “special love for Erdo?an.” Conversely, since 2015 Turkey has established a military base in Qatar with 300 Turkish soldiers. In August 2019, it was reported that the base would be further expanded with the addition of an airbase and a military port, with the contingent growing into 2,000 soldiers.

Form the opposite shores of the Gulf, Ayatollah Khamenei and President Rouhani quickly offered Iran’s support to Erdo?an’s government in the aftermath of the attempted coup in 2016. Contacts and visits between the two countries have been considerably frequent, until recently, while economic cooperation—despite the U.S. imposed sanctions—has expanded. In 2018, the two countries planned on expanding bilateral trade to $30 billion.

Turkey’s geopolitical positioning within the Gulf and the broader Middle East region is not unwarranted. It derives from a recent and gradual shift in its foreign policy produced, in turn, by mutated circumstances both domestically and regionally. First, Erdo?an’s ascension and consolidation of power—also thanks to his religious rhetoric and the support from conservative Anatolian constituencies—led Turkey to increasingly abandon its Kemalist, secularist stance. Erdo?an’s worldview is currently much more aligned to Iran and Qatar’s foreign policies while drifting away from its NATO alliances.

On the international stage, considering its recent history, Turkey has always sought to gain a primary geopolitical role in the Middle East. After the end of the Cold War, Ankara adopted a “zero problems” foreign policy by promoting its role model image through economic and diplomatic ties across the region. In 2008, Turkey became the first country to sign a Memorandum of Understanding with the GCC, which established a Strategic Dialogue Mechanism for deepening cultural, economic and political ties with all Gulf monarchies. Despite siding with the Al Thani family at the outbreak of the Qatar crisis, Erdo?an visited various GCC countries seeking to ease the tensions. He also offered to establish a Turkish military base in Saudi Arabia as a sign of Turkey’s investment in the region’s security, but was promptly rejected by the Saudi-led coalition. In 2010, Turkey proved its balanced approach and mediation potential toward Iran by brokering, jointly with Brazil, a nuclear deal. The arrangement was presented by Turkey and Brazil as a diplomatic victory and as a guarantee on the civilian purposes of Iran’s use of uranium. However the deal was later dismissed by the U.S., as it continued with its negotiations that led to the Joint Comprehensive Plan of Action.

However, there has been a systemic shift in Turkey’s foreign positioning in the aftermath of the Arab uprisings. According to Bülent Aras and P?nar Akp?nar, senior scholars at the Istanbul Policy Center, during the protests that in 2011 wreaked havoc in the Arab world, the initial reluctance of the U.S. to intervene in the region created a power vacuum, which Turkey has sought to fill. Despite its previous balanced approach, the Turkish government promptly declared its support for the Muslim Brotherhood in Egypt and the Sunni opposition factions in Syria, while strongly opposing the NATO intervention in Libya. The AKP, Turkey’s ruling party, according to Aras and Akp?nar, bases a significant part of its propaganda on success stories in Turkish foreign policy. Hence, the incentive for Ankara to intervene in the Arab uprisings in line with the political vision that it promotes at home. Nevertheless, the toppling of the Muslim Brotherhood-led government in Egypt, the fall of opposition strongholds in Syria, as well as the intervention of Saudi Arabia in Bahrain and Yemen, have seriously hindered Erdo?an’s plans to establish Turkey as the region’s leading power. More importantly, the UAE and Saudi Arabia, wary of any interference with their international aspirations, have emerged as insurmountable strongholds against Turkey’s influence in the region.

Furthemore, the transition from a parliamentary to a presidential republic and the failed coup on July 2016 have contributed to further undermine the tenets of Turkey’s “zero problems” foreign policy. Assertive policy making and the prioritization of domestic calculations over international concerns have pushed Turkey away from a position of regional super partes power and deeper into the region’s multilayered and unpredictable rifts. The involvement of Turkey in Syria’s Civil War and its regional repercussions are a clear example of what is at stake.

Since August 2016, the Turkish military has intervened in Syria on three separate occasions (Euphrates Shield, Olive Branch, and Peace Spring) with the aim of putting an end to the territorial control exerted by Kurdish forces (considered terrorists by Turkey) in northern Syria. Qatar has remained closely allied to Turkey and has supported such actions, despite being heavily criticized by other Arab countries for its stance. The Arab League Secretary General Ahmed Aboul Gheit however, following the most recent Operation Peace Spring, defined the intervention as “an invasion of an Arab state’s land and an aggression on its sovereignty.” Somalia and Qatar were the only Arab countries who voiced reservations. Egyptian Foreign Minister Shoukry told Reuters that “the Qatari reservation puts Qatar in one trench with the aggressor.” Clearly, the almost unanimous position of the Arab world against Turkey’s action and the cost paid by Qatar in siding with Turkey do not help Erdo?an’s aspirations to regional leadership. Along with Egypt, also Saudi Arabia—despite having previously supported Operation Euphrates Shield— harshly condemned the latest Operation Peace Spring, with Foreign Minister Adel al-Jubeir claiming that “the Turkish offensive deepens the suffering of the Syrian people.”

Iran, for its part, has found itself at odds with Turkey since the onset of the Syrian civil war. Turkey supported opposing Sunni factions while Iran proved to be Syrian President al-Assad’s first ally. Both sides accused the other of stirring up sectarian hatred and contributing to instability in Syria. Divisions became evident also in other contested territories such as Iraq and Yemen. However, frequently harsh clashes have not prevented the two countries from holding regular talks. They meet regularly, jointly with Russia, under the Astana Peace Process framework to discuss de-escalation and future peace prospects in Syria. Beyond rhetoric, pragmatism has characterized the relations between the two countries, or “frenemies,” as Farhad Rezaei, a researcher at the Centre For International Policy Studies, observed. However, deeper cooperation and mutual support will be hardly achieved if regional competition between the two countries is not addressed first.

Turkey’s foreign policy is at crossroads. In the last decade, Erdo?an has increasingly asserted Turkey’s voice in the Gulf, has involved the country in numerous regional issues, has consolidated a strong alliance with Qatar, and has extensively engaged with the otherwise largely isolated Islamic Republic of Iran. While such moves also responded to aspirations of geopolitical and Islamist grandeur, they have placed Turkey in a heavily polarized context without a clear path towards regional leadership. Turkey’s actions in Syria up to the recent Operation Peace Spring have demonstrated that Erdo?an has chosen to prioritize internal security concerns over uncertain prospects of regional influence. Consequently, Erdo?an’s Neo-Ottoman dreams are being staunchly held back—at least in its southern neighborhood—by the multi-layered and uncertain conflicts across the region as well as by more pressing domestic security concerns. In the future, all other variables being equal, Turkey will be pushed to decide whether it wants to maintain its clout in the region within such a polarized system or to withdraw and pursue more short-term, domestic interests.

Jacopo Spezia Depretto is a graduate student who is pursuing a master’s degree in comparative and Middle East politics and society at the Eberhard Karls University of Tübingen (Germany) and the American University in Cairo (Egypt). He holds a bachelor’s degree in political science and international relations from the University of Trento (Italy). Depretto is currently an intern at Gulf State Analytics, a geopolitical risk consulting firm. His research focuses on economic reform in the Middle East and North Africa, the political economy of Gulf oil exporters and the Israeli-Palestinian conflict.