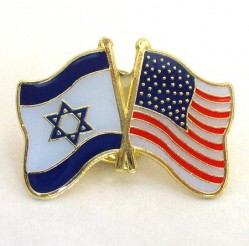 The tide may have finally begun to turn in a drawn out battle over what entails legitimate criticism of Israel in U.S. politics, particularly within the Democratic Party. During the past several months, writers at the ThinkProgress blog hosted by the Democratic-allied Center for American Progress (CAP) have been diligently deconstructing the core talking points of “pro-Israel” hardliners in the United States in an effort to broaden discourse about U.S. Middle East policy and help prevent another misguided war (i.e. in Iran).

They have had some notable successes, such as the media splash surrounding CAP’s August 2011 report on leading anti-Islamic figures and their funders, “Fear Inc.: The Roots of the Islamophobia Network in America.”

Nothing, however, has thus far matched the notoriety they and other likeminded writers achieved last week with the publication in Politico of a story by Ben Smith arguing that the increasing willingness of Democratic groups like CAP and Media Matters to criticize unequivocal U.S. support for Israel has “shaken up the Washington foreign policy conversation and broadened the space for discussing a heretical and often critical stance on Israel heretofore confined to the political margins.”

This assertion—along with the fallout from it, including an explosive follow up piece by Salon.com’s Justin Elliott—reveals the success of ThinkProgress writers (and Right Web contributors) Ali Gharib and Eli Clifton, as well as other writers at CAP, Middle East Progress, and Media Matters, to bring criticism of unbridled U.S. support for Israeli actions into the liberal mainstream.

An important part of this success has been the growing backlash against efforts by neoconservatives and “pro-Israel” hawks to marginalize critics by calling them “anti-Semitic.” A key culprit in this smear campaign has been the Progressive Policy Institute’s Josh Block, a “pro-Israel” Democrat, former AIPAC spokesman, and one of Smith’s primary sources for the feature, who blasted the Politico piece out—along with 3,000 words of his own opposition research on the writers mentioned in the article—to a predominantly neoconservative listserv, bidding readers to “amplify” Block’s reporting on the alleged “anti-Semites.”

Perhaps Washington Post blogger Jennifer Rubin was on that listserv. She quickly penned a post summing up CAP’s views as “not merely anti-Israel” but “anti-Semitic,” accusing ThinkProgress of publishing “fiction for Israel haters”—citing nary a single example of either “fiction” or anti-Semitism from the group’s ample body of work.

Alana Goodman, blogging at the neoconservative Commentary, attempted to provide the appearance of a nuanced view, drawing a distinction between the merely “far left” views expressed at ThinkProgress and the “anti-Semitic conspiracy theories” of MJ Rosenberg at Media Matters (who, although Goodman doesn’t mention it, is not only Jewish but a former AIPAC staffer).

The anti-Semitism charge has become boilerplate in efforts to marginalize critics of Israeli policies, whatever their background. While there are indeed anti-Semitic actors in U.S. politics, the “Israel Lobby” has increasingly wielded the epithet to sideline legitimate criticism of U.S. and Israeli policies. “The ability to play the anti-Semitic card is perhaps the single strongest weapon in the lobby’s arsenal of arguments,” writes Jim Lobe of the Inter Press Service (IPS).

But the hardliners are finding it increasingly difficult to maintain legitimacy when they loosely wield the anti-Semitic charge. In this case, only a few of the players have revealed overt sensitivity to it, including CAP’s Ken Gude, who attempted to distance CAP from the ThinkProgress blog. “There’s a distinction here that we have between the policy work that we do and the blogging work that we do,” he said, evidently wary of jeopardizing CAP’s policy work with “pro-Israel” figures in Washington.

A far more predominate reaction to the episode has been the effort by high-profile figures to back away from Block and his tactics. Thus, for example, Clinton Democrat and lobbyist Lanny Davis, a business partner of Block, lambasted  Block’s comments. “Impugning motives of people at the Center [for American Progress],” he said, “and impugning [that] those motives are driven by anti-Semitism is, in my opinion, wrong.”

For close observers of beltway politics like IPS’s Lobe, Davis’s comments are critical: “The fact that Lanny Davis, a not insignificant member of the lobby establishment, is now calling for everyone to use that deadly epithet with much greater care and discrimination seems quite remarkable, particularly in these circumstances.”

A few days after the Politico story broke, Philip Weiss of the blog Mondoweiss presciently speculated on how long it would take for the various organizations Block is associated with to distance themselves from him. It didn’t take long. By Monday, both the Progressive Policy Institute and the Truman National Security Project had begun to consider whether to sever their ties with Block, according to the Washington Post’s Greg Sargent.

With Lanny Davis appealing for a broader space for Israel’s critics, the indelibly beltway Politico acknowledging such critics in a full-length feature, and Democratic establishment organizations showing an increasing sensitivity to inappropriate uses of the anti-Semite charge, it would seem that at long last Washington—and indeed the United States—is willing to undertake a real debate on what are the best U.S. interests in the Middle East.