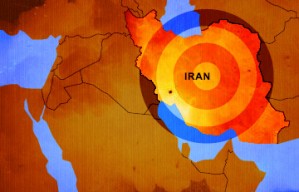 During the years preceding the 2003 U.S.-led invasion of Iraq, several factions in U.S. politics came together to support an attack, creating tremendous public pressure for war. Under the banner of letterhead groups like the Project for the New American Century, neoconservatives, Christian Zionists, hardline nationalists, and liberal interventionists made common cause, arguing that a key aspect of the “war on terror” must be the ouster of Saddam Hussein.

Today, as tensions over Iran’s alleged nuclear weapons program reach a crescendo, such a coalition appears far from coming together. In fact, some key liberals who supported the U.S. invasion of Iraq are pleading for caution.

The course of events in recent weeks has been unmistakable. Senior Israeli officials have stepped up their threat to attack Iran's nuclear facilities, a fifth Iranian nuclear scientist was assassinated on the streets of Tehran, there has been a sharp escalation of western economic sanctions designed to "cripple" Iran's economy, and Tehran has threatened to close the Strait of Hormuz. These events have brought the previously hypothetical possibility of war—whether by design, provocation, or accident—sharply into view.

The hawkish declarations of three "pro-Israel" Republican presidential candidates (Rick Santorum, Mitt Romney, and Newt Gingrich) have also added to the apparent momentum toward war, as has the intensified drumbeat for "regime change" by some of the same neoconservatives at institutions like the American Enterprise Institute (AEI) and the Foundation for Defense of Democracies (FDD) who led the drive to invade Iraq—and who also happen to be key advisors to many of the Republican candidates.

These events have coincided with the publication by the influential Foreign Affairs of an article entitled "Time to Attack Iran: Why a Strike is the Least Bad Option.'' The article, authored by Matthew Kroenig, an academic based on the Council on Foreign Relations (CFR) who recently completed a stint as a strategic analyst in the Pentagon, advocated a limited and carefully calibrated U.S. aerial attack on Iran's air defenses and nuclear sites.

The piece has served as a rallying point for several prominent neoconservatives, among them Max Boot, Kroenig's colleague at CFR whose op-eds are published in several high profile outlets like the Los Angeles Times. Characterizing Kroenig’s article as “a powerful case for force against Iran,” Boot argued in the Commentary magazine blog that “if the U.S. is truly determined to prevent [a nuclear Iran] … the most effective option is to use force. Obviously, air strikes carry risks of their own, but those risks have to be measured against the risk of letting Iran go nuclear.”

However, in contrast to the lead-up to the U.S. decision to attack Iraq, this mounting pressure for war has been remarkable for the fact that a broad-based pro-war coalition has yet to gel. Indeed, the confluence of threatening developments has provoked a number of influential members of the foreign policy establishment—including several prominent liberal interventionists who supported the Iraq war—to warn against further escalation by the United States or Israel.

"We're doing this terrible thing all over again," wrote Leslie Gelb, the president emeritus of the Council on Foreign Relations, the think tank that publishes Foreign Affairs, in the Daily Beast, arguing for Senate hearings on the implications of war with Iran.

"As before, we're letting a bunch of ignorant, sloppy-thinking politicians and politicized foreign-policy experts draw 'red line' ultimatums. As before, we're letting them quick-march us off to war," warned Gelb, a repentant Iraq-war hawk, about the chorus of neoconservatives and other hawks with whom he had previously been aligned.

Similarly, Steve Coll, the former managing editor of the Washington Post who now heads the liberal New America Foundation, has written in the latest issue of the New Yorker that while “no one can confidently predict what aerial bombardment would achieve,” the “costs of any such attack are much easier to describe,” including “retaliatory rocket and missile strikes by Hezbollah and Hamas against Israeli civilians, a wave of popular anti-Israeli upheaval in Egypt, and the prolonged inflammation of Iran’s nuclear nationalism.”

Coll instead urged caution and restraint, quoting a speech from President Obama during a visit to Prague in 2009, when he prescribed “patience and persistence” as an antidote to “fatalism” regarding potential nuclear dangers.

In the pages of The New Republic, the Brookings Institution’s Kenneth Pollack—a former top CIA analyst whose 2002 book, The Threatening Storm: The Case for Invading Iraq, was cited frequently by liberal hawks before the war—argued not only against any further escalation, but also suggested that the sanctions track on which the Barack Obama administration and the European Union have increasingly relied was proving counterproductive.

"The problem is that these sanctions [against the Central Bank of Iran] are potentially so damaging that they could backfire," he wrote, citing their possible negative impact on the West's own struggling economies and the difficulty of sustaining them diplomatically over time if they result in the kind of "humanitarian catastrophe" inflicted by the sanctions regime against Iraq from 1992 until the invasion.

”[T]he more we turn up the heat on Iran,” he added, “the more Iran will fight back, and the way they like to fight back could easily lead to unintended escalation. Doubtless such a war would leave Iran far, far worse off than it would leave us. But it would be painful for us too, and it might last far longer than anyone wants."

Meanwhile, another influential liberal hawk, Princeton Professor Anne-Marie Slaughter, argued at project-syndicate.org that the West and Iran were playing a "dangerous game" of "chicken" and that the West's current course "leaves Iran's government no alternative between publicly backing down, which it will not do, and escalating its provocations."

"The more publicly the West threatens Iran, the more easily Iranian leaders can portray America as the Great Satan to parts of the Iranian population that have recently been inclined to see the U.S. as their friend," wrote Slaughter, who stepped down as director of the policy planning office under Secretary of State Hillary Clinton.

"It is time for cooler heads to prevail with a strategy that helps Iran step back," she added, suggesting that the aborted Turkish-Brazilian 2010 effort at mediation between the P5+1 and Iran be revived.

CFR’s Gelb quickly followed up on Slaughter’s proposition, arguing this week on the Daily Beast that it was time to back away from punitive measures and start making serious offers to Tehran: “As Western leaders back Iran into a corner and as they are locking themselves into a war policy they haven't seriously contemplated and don't really want, now is the time to offer a deal. The peace package is simple: Iran keeps its uranium facilities but with capabilities to enrich reduced to levels fit only for civilian use. Tehran also agrees to the tightest international verification procedures. The West lifts sanctions gradually as Iran complies with both reconfiguring its nuclear plants and accepts the necessary verification. For sure, President Obama has tried similar proposals before. This time, however, Iran may find that the biting economic pressures make the deal more palatable.”

Yet another Iraq hawk, New York Times columnist Bill Keller, attacked the Foreign Affairs article, assuring his readers that Kroenig's former colleagues at the Pentagon "were pretty appalled by his article, which combines the alarmist worst case of the Iranian nuclear threat with the rosiest best case of America's ability to make things better."

Contrary to Kroenig's predictions, Keller wrote, "an attack on Iran is almost certain to unify the Iranian people around the mullahs and provoke the supreme leader to redouble Iran's nuclear pursuits, only deeper underground, and without international inspectors around. Over at the Pentagon, you sometimes hear it put this way: Bombing Iran is the best way to guarantee exactly what we are trying to prevent."

Indeed, in a reply to Kroenig entitled "Not Time to Attack Iran," Colin Kahl, who also recently left the Pentagon after two years as its head of Middle East policy, argued that Kroenig's "picture of a clean, calibrated conflict is a mirage. Any war with Iran would be a messy and extraordinarily violent affair, with significant casualties and consequences."

Among other objections, Kahl, a senior fellow at the hawkish Center for a New American Security (CNAS), predicted that a pre-emptive strike of the kind promoted by Kroenig could well spark a regional war, solidify popular support for the regime in Tehran, and transform "the Arab Spring's populist antiregime narrative into a decidedly anti-American one."

Much of Kahl's analysis was subsequently backed up by retired Gen. Michael Hayden, who, as the head of the Central Intelligence Agency during George W. Bush's second term, could hardly be called a liberal.

According to Foreign Policy’s "the Cable" blog, Hayden, who served as the head of the Pentagon's National Security Agency from 1999 to 2005, told a small group convened at the Center for National Interest last week that top Bush national security officials had concluded that a military strike on Iran's nuclear facilities—whether by Israel or the United States—would be counterproductive.

The Israelis, he reportedly said, "aren't going to [attack Iran]. … They can't do it, it's beyond their capacity. They only have the ability to make this [problem of Iran's nuclear program] worse."

And while the United States has the ability to mount a campaign, it could only serve as a short-term fix. "What's [the] move two, three, four, or five down the board?” Hayden asked. “I don't think anyone is talking about occupying anything."

Jim Lobe is the Washington bureau chief of the Inter Press Service and a contributor to Right Web. He blogs at: http://www.lobelog.com/.