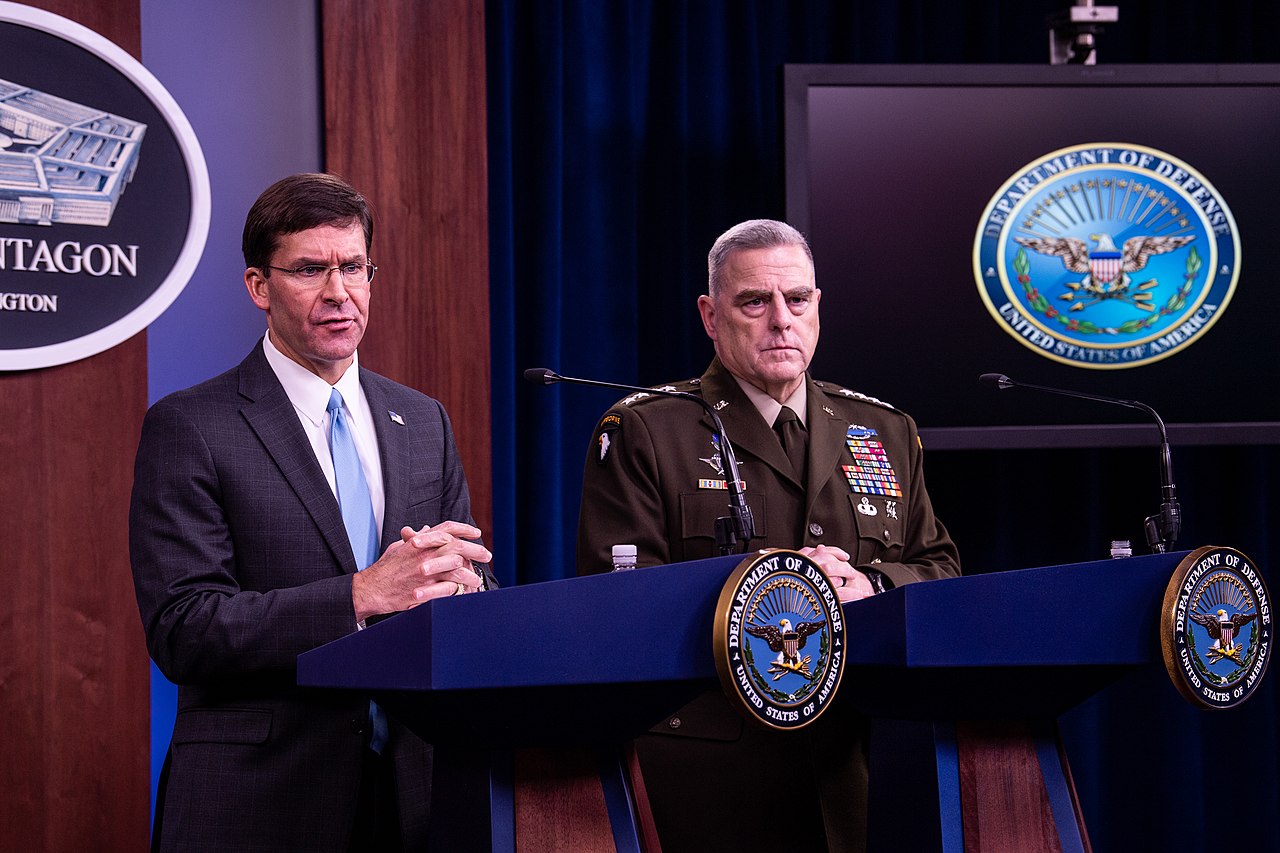 U.S. foreign policy have been subordinated to a quest to dig up dirt on domestic political opponents.

(LobeLog) Among the roles that the chairman of the Joint Chiefs of Staff plays is that of “global force integrator,” which entails setting priorities in addressing threats around the world and recommending where to deploy U.S. military forces to meet those threats. General Joseph Dunford, who completed his term as chairman last month, sought this role, which Congress conferred on the him in legislation three years ago. A major drawback of having the Joint Chiefs, or any part of the military, take the lead in prioritizing threats and the disposition of resources to meet them is that there naturally will be a bias toward tending to the military’s own institutional needs in preference to other national interests. An article by Paul D. Shinkman at U.S. News and World Report discussing the “global force integrator” role begins by describing how a planned surge earlier this year of an additional 1,500 U.S. troops to the Middle East elicited concern among civilians in the Office of the Secretary of Defense (OSD) about the escalatory optics of such a move. But the military defended the move as necessary “to protect U.S. forces in the Middle East.”

This type of circular reasoning has become typical in discussions of U.S. force deployments, especially in the Middle East. The main dangers from state or nonstate adversaries of the United States are attacks on the U.S. military itself. U.S. forces get deployed to a region to protect U.S. forces already in the region. The situation is an excellent example of a self-licking ice cream cone.

Shinkman’s piece discusses issues surrounding the force integrator function mainly in terms of the relative influence of OSD civilians and the uniformed military. But that is still too narrow a perspective. Both sides of that debate are part of the defense establishment and can be expected to take its perspective.

The larger problem is not a military-versus-civilian issue. Recent years have provided ample examples of civilian leaders exhibiting biases that are in some ways the obverse of a disproportionate military focus on force protection—such as the failure of chicken-hawks to appreciate the many ways a military operation can go wrong. Then there is the perspective that Madeleine Albright exhibited, as the Clinton administration deliberated on how to respond to conflict in Bosnia, in saying to then-chairman of the Joint Chiefs Colin Powell, “What’s the point of having this superb military you’re always talking about if we can’t use it?”

In an ideal process of assessing foreign threats and setting priorities in deploying resources to meet them, the first step would be a very basic inventory of U.S. interests that can be harmed by events overseas. Many awful things happen in the world that do not harm those interests, or do not affect them sufficiently to warrant a resource-heavy U.S. response. Or the specific interests are simply not sufficiently critical in the first place to warrant such a response. The setting of priorities in responding to threats should rest at least as much on the inherent importance of the interests themselves as on the awfulness of something abroad that conceivably could affect those interests. Decisions on the expenditure of resources—military deployments being only one possibility—to meet threats are the last step in the process.

The intelligence community provides a starting point of sorts with its annual, congressionally-mandated statement on worldwide threats, which it issues in unclassified as well as classified forms. But it cannot truly be a starting point because the intelligence agencies do not have a mandate to define, much less prioritize, national interests. In producing their annual statement, the agencies can make some reasonable assumptions about how nearly all U.S. politicians and policymakers would consider certain types of threats—especially ones that would entail direct, physical harm to U.S. persons or the U.S. homeland—worth worrying about. And so, for example, the intelligence community was on firm ground, in its statement prior to the 9/11 terrorist attacks, in identifying international terrorism and specifically Osama bin Laden’s group as the leading threat to U.S. security. But beyond such threats, the community identifies many untoward happenings in the world, only some of which could or should become the subject of resource-heavy U.S. responses.

The process of setting priorities to meet foreign threats is necessarily at least as much political as analytical. It ultimately depends on how the American people see their national goals, objectives, and values. The ideal process would include some component within the executive branch that looks at U.S. foreign and security policy very broadly within that framework of objectives and values. Perhaps the closest that the U.S. government has come to such a component was the State Department’s Policy Planning Staff in its earliest days under George Kennan during the Truman administration, or the Planning Board that Dwight Eisenhower established a few years later within the National Security Council. Whatever comes out of such a component would be subject to broad review within the executive branch and then by Congress—where sit representatives of the American people, with the job of representing their constituents’ values and objectives.

The political part of this process is not now working. Among the reasons for this is extreme partisanship, in which one set of partisans tends to view the other set as being as much of a threat as anything coming from beyond U.S. borders. A result is the current extreme pathology in which important portions of U.S. foreign policy have been subordinated to a quest to dig up dirt on domestic political opponents.

Less extreme but all too common has been a political and intellectual laziness in which the most basic questions of U.S. interests, and whether and how they are affected by certain distasteful events overseas, do not get asked. The self-licking ice cream cone of military force protection continues to lick, partly because the military presents well-reasoned arguments about what it needs given the framework of deployment it has been directed to occupy, while few questions are asked about the wisdom of the framework itself. In another manifestation of the laziness, states or sub-state actors get sorted once and for all into “friend” or “foe” baskets. And then anything the foes do, or any influence they obtain or exert, is automatically treated as a threat without stopping to ask if and how what they are doing really affects U.S. interests.

The laziness is displayed today in the current furor over Syria, amid much hand-wringing about winners and losers, allies being betrayed, and foes filling vacuums. Turks, Arabs, and Kurds, as well as Persians and sometimes Russians, have been contesting each other in that part of the world for centuries. There was a time in U.S. history when that contest was not seen as affecting the security and well-being of the American people. Sound policy requires questioning exactly how it affects the security and well-being of the American people today.