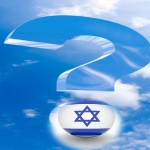 Prime Minister Benjamin Netanyahu’s newest tactic in advancing the Likud Party’s hawkish approach to the Israeli-Palestinian conflict is his demand, first enunciated in his response to Barack Obama’s June 2009 Cairo Speech and now an ubiquitous talking point, that Israel be recognized by the Palestinians and other adversaries as either “the nation-state of the Jewish people” or “the national home of the Jewish people.” This demand is unprecedented in the history of Israeli-Palestinian negotiations, and the United States has, to its credit, rejected the framing. Indeed, how could such a concept—that a nation-state belongs not necessarily to its own citizens or even an exclusive subset of its citizens, but to an abstract if not fictitious transnational entity—serve as a principle of international law?

In the wake of Obama’s May 2011 speech on Middle East policy and Netanyahu’s exaggerated response to it, this precondition requires additional scrutiny because of its growing prevalence in hawkish discourse on the so-called peace process. The demand to grant official recognition to the Jewish nationalist narrative is now a regular neoconservative talking point, particularly at Commentary magazine’s “Contentions” blog. It has also been adopted by Obama administration allies like J Street, which seems to invoke the slogans of Jewish “nationhood” in order to remain kosher in the eyes of the American Jewish establishment.[1]

Israel has always held that it is a state not merely of its own people but a transnational entity called “the Jewish people.” In his June 2010 book, The Invention of the Jewish People, the Israeli historian Shlomo Sand chronicled how this concept was created in the nationalist ferment of nineteenth century Europe and owes more to the historic doctrines of modern nationalism than to historical Judaism. Sand provocatively begins his book by illustrating that as far as the Israeli government is concerned, there is no such nationality as “Israeli”—only the universal “Jewish.”

The most provocative instance of Israel employing force on the world stage in the name of “the Jewish people” was in 1961, when it took it upon itself to capture, try, convict, and execute the Nazi fugitive Adolf Eichmann. This took place in defiance of a broad U.S. and international consensus that an international tribunal should have tried Eichmann. In her book Eichmann in Jerusalem: A Study in the Banality of Evil, Hannah Arendt famously criticized the trial for being a gratuitous exercise in Israeli nationalist propaganda. Time magazine editorialized at the time: “In his justifiable determination to see Eichmann punished for his monstrous past, Ben-Gurion seemed to be unaware of the inverse racism in his claim that Israel, as ‘the only sovereign authority in Jewry,’ had the right to seek out criminals guilty of offenses against ‘the Jewish people’ anywhere it could find them.”

The Eichmann case spurred Rabbi Elmer Berger, leader of the anti-Zionist American Council for Judaism, to seek a clarification from the State Department—which opposed the unilateral Israeli capture of Eichmann—as to whether it recognized the concept of “the Jewish people” as a valid concept of international law. With the collaboration of William Thomas Mallison, an international law expert, a forty-one page brief was presented to the State Department and was also published in the George Washington University Law Review.

“The Department of State recognizes the State of Israel as a sovereign state and citizenship in the State of Israel. It recognizes no other citizenship or sovereignty in connection therewith. It does not recognize a legal-political relationship based on the religious identification of American citizens. It does not in any way discriminate among American citizens upon the basis of their religion. Accordingly, it should be clear that the Department of State does not regard the ‘Jewish people’ concept as a concept of international law.”

Though seemingly mundane, the Israeli embassy reportedly pressured the State Department to retract the letter for many years. However strange it may seem as abstract legal theory, the letter has important real-world implications. It lays out a position directly contrary to the Balfour Declaration, the British imperial edict that gave blessing, at least in principle, to the establishment of a Jewish state in Palestine in its assumption that a transnational “Jewish people” was a valid concept in international law. The 1947 UN partition plan of Palestine also relied on the same assumption.

In recent years, the Israel lobby’s increasingly strident and erratic demands have chipped away at the policy outlined in the Talbot letter. In a 2008 column, for instance, Charles Krauthammer unambiguously urged the United States to declare itself bound to defend Israel against Iran out of the duty to prevent another Holocaust, or “crimes against the Jewish people.”[2] John McCain endorsed this principle in his 2008 presidential election debates with Barack Obama. Groups like John Hagee’s Christians United for Israel have relied on the concept in their advocacy on behalf of a Greater Israel Project.

In direct conflict with the Talbot letter, last March, the Colorado legislature issued a joint resolution resolving to “recognize the state of Israel as a homeland for the Jewish people,” which followed an address by Israeli Ambassador to the United States Michael Oren.[3]

The significance of the Talbot letter also appears to have been undermined by the U.S. Civil Rights Commission, which has been under pressure to overturn its long-standing policy of not covering religion under their mandate. The commission now includes “religious groups perceived to share ethnic characteristics,” a formulation that seems designed to label criticism of Israel and Zionism as a violation of Jewish students civil rights.[4]

This history is important in understanding Israel’s precondition that the Palestinians must recognize Israel as a “Jewish homeland.” Furthermore, Netanyahu’s demand makes clear that Israel should be allowed to wage war against Iran and potentially other countries in defense of the transnational “Jewish people.” The idea is controversial both diplomatically but also among Jews themselves. With the increasing influence and popularity of works by authors like Shlomo Sand, there is an increasing awareness that Judaism does not necessarily equate with the nineteenth century romantic nationalist construct called “the Jewish people.” As Rabbi Elmer Berger explained in an essay in the 1980s:

“Recognition of this ‘Jewish people’ nationality concept is the first priority of Zionism’s diplomacy. It is the cornerstone of the Zionist state’s system of nationality rights and obligations. Appreciation of the centrality of this factor is indispensable to any assessment of Israel’s long-range adaptability to the Middle East. It is therefore indispensable to any formula touted to solve the Palestinian problem with the desired ‘just and enduring peace.’”

Jack Ross is a contributor to Right Web (https://rightweb.irc-online.org/) and the author of Rabbi Outcast: Elmer Berger and American Jewish Anti-Zionism.