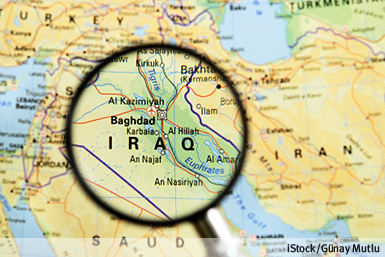 Why Iraq? The State of Debate on the Motives for the War
By Daniel Luban

Even as the Obama administration ramps up military engagement in Afghanistan, the motives for why the country went to war in Iraq remain clouded in debate. The Bush administration’s discredited public rationale, that the country was threatened by Iraq’s weapons of mass destruction, was at best only the tip of the iceberg, at worst a cynical attempt to cover up the actual motives for the war. A close inspection of the various arguments suggests that above all, the Iraq war was an extreme manifestation of a recent ideological tendency in U.S. foreign policy, and that the thinking that engendered it may not be fully in the rearview mirror. Read full story.

Condoleezza Rice
The former secretary of state has returned to Stanford, where she was provost before joining the Bush administration, to teach political science and work as a fellow at the hawkish Hoover Institution.

Michael Chertoff
The former head of DHS and a key advocate of the Bush administration’s “war on terror,” Chertoff recently founded a risk management firm and joined the law firm of Covington & Burling.

Jack Kemp (1935-2009)
A former congressman and standout NFL quarterback who was associated with the hawkish wing of the Republican Party, Jack Kemp passed away in early May 2009.

Steven J. Rosen
In early May, the U.S. government dropped its espionage charges against Rosen, a high-profile advocate of hardline U.S. policies in support of Israel who had been accused of passing sensitive U.S. information while working for the high-powered “Israel lobby” group, AIPAC.

The man Defense Secretary Robert Gates has selected as the new U.S. commander in Afghanistan is likely to be more interested in targeted killings than in the politically sensitive counterinsurgency tactics that the Obama administration has says it wants to carry out.

AIPAC Conference Pushes for Sanctions on Iran
By Daniel Luban

The annual conference of the American Israel Public Affairs Committee provided a stark reminder that although the lobby has come under increasing fire in recent years, it remains a force to be reckoned with.

Foreign policy hawks speaking at a recent American Enterprise Institute conference revealed a softening in their rhetoric toward Iran and expressed a willingness to engage the country.

The newly founded Foreign Policy Initiative, led by the same neocon writers who set up the Project for the New American Century, supports a “surge” in Afghanistan and warns of “threats” from countries like Russia and China.