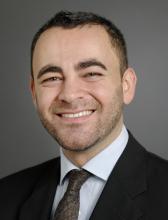 Ali Alfoneh is a senior fellow at the Foundation for Defense of Democracies (FDD), a leading neoconservative think tank. He was previously a resident fellow at the American Enterprise Institute. According to his FDD profile, he is a “top expert on Iran and the inner working of its regime.” He often writes on the role of Iran’s Islamic Revolutionary Guards Corps (IRGC) in the country’s political system.[1]

Alfoneh has been a strident critic of the Obama administration’s foreign policy, particularly its efforts to peacefully resolve the Iranian nuclear dispute. Alfoneh often teams up with fellow Iran-hawks like Reuel Marc Gerecht and Michael Rubin to publish op-eds promoting hawkish policies. 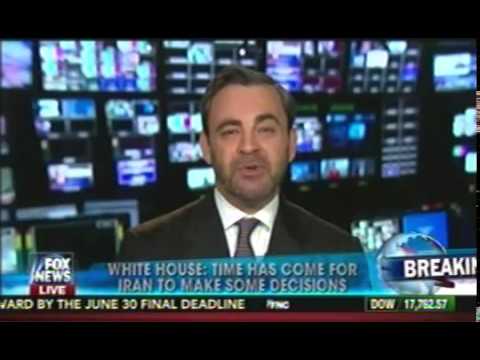 Alfoneh has vociferously criticized the nuclear framework agreement reached between Iran and the P5+1 in early April 2015. “I have to say I was surprised by how generous the U.S. government and the 5+1 group has been towards Tehran,” he said on the Arlene Bynon Show shortly after the deal was reached, a view that contrasts sharply with most non-proliferation experts. “It seems that they have given into most if not all the demands that Tehran had been raising for the past 10 months or so. So I have to say I am surprised and I honestly am not so sure that the Obama administration has done the right thing here.”[2]

He argued that a “good deal” with Iran would have required “more financial pressure” from the United States against Iran, even as many observers have said that any additional sanctions imposed on Iran during the negotiations would most likely scuttle the diplomatic process.[3]

Alfoneh added: “What I think the U.S. voters should be concerned about and disappointed about is that the U.S. government has done such a poor job of bargaining in the Middle Eastern market.”[4]

Alfoneh frequently claims that the Iran’s IRGC have subverted the clergy-dominated system. In a 2009 piece penned with neoconservative activist Danielle Pletka, Alfoneh argued that after the 2009 Iranian presidential election, which spurred protests across the country amid allegations the outcome was fraudulent, Iran had “evolved from theocratic state to military dictatorship.”[5]

In a 2010 interview with the American Israel Public Affairs Committee’s “Near East Report,” Alfoneh quixotically claimed that Iran’s Supreme Leader Ali Khamenei “no longer is the supreme leader of the Islamic Republic, but is a hostage in the hands of his own military institution, the Revolutionary Guards.”[6]

Alfoneh has also argued that the implementation of any nuclear agreement reached with Iran would fall to the IRGC and that Iran’s next president “is likely to be recruited from the ranks of IRGC veterans.” He wrote in a January 2015 FDD policy brief: “IRGC’s vociferous opposition to nuclear concessions and improving ties with the West raises serious questions over whether future Iranian governments will uphold any nuclear deal that the current one signs.”[7]

He then claimed that “Iran of the Green Movement—the Green Movement of the followers of the movement, not of the leadership—is a secular democracy, which is pursuing rational foreign policy goals.”[9]

After the Obama administration agreed to a Russian-brokered plan to eliminate Syria’s chemical weapons stockpiles in September 2013 and avert U.S. military strikes against the country, Alfoneh accused the President of choosing “the path of isolation.” He claimed: “I fundamentally believe that future generations will be looking at this event, at the Obama speech of last night, as a turning point, a turning point where America ceased more or less to be a great power.”[10]

He said during an interview with Sun News: “[I]f you give up shaping the world in your image, you have to live in a world in which other great powers will be shaping politics. Those great powers could be Mr. Putin’s Russia, and I have to say, I was shocked when I was listening to President Obama saying that he trusts and believe that an ex-KGB agent is going to keep his promise.”[11]

[10] “Ali Alfoneh on a solution for Syria & the current state of the Mideast (The Arena/Sun News),” https://www.youtube.com/watch?v=mHcOzgzmViY.

[11] “Ali Alfoneh on a solution for Syria & the current state of the Mideast (The Arena/Sun News),” https://www.youtube.com/watch?v=mHcOzgzmViY.