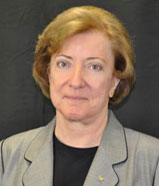 Amoretta Hoeber is a military contractor and consultant who worked in the Ronald Reagan Pentagon. A specialist on chemical weapons and other “weapons of mass destruction,” Hoeber advised numerous government panels and testified before Congress on arms control issues throughout the 1980s and 1990s. Hoeber has repeatedly spoken out against international agreements prohibiting the use of chemical weapons even as she has endorsed efforts to forcibly disarm “rogue” regimes of their alleged arsenals.

Hoeber has been involved in neoconservative politics since the 1970s, when she served on the board of the Committee on the Present Danger (CPD). She is a member today of the reincarnated CPD, which was reconstituted after the 9/11 terrorist attacks to promote an aggressive “war on terror.”[1] Hoeber also sits on the advisory council of the Center for Security Policy, a think tank founded by Frank Gaffney that opposes arms control agreements, supports an aggressive U.S. nuclear posture, and promotes a right-wing “pro-Israel” U.S. foreign policy in the Middle East.[2] 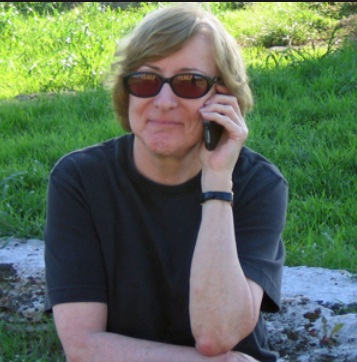 Hoeber currently serves as president of AMH Consulting, a small, Maryland-based military consulting firm she founded in 1991. Catering to companies looking to land lucrative defense contracts, AMH clients have included Bechtel, Booz Allen & Hamilton, General Dynamics, and Lockheed Martin, among many others.[3] Before starting AMH, Hoeber worked as director of strategic planning at a subsidiary of TRW, a major military contractor that has since merged with Northrop Grumman—another AMH client.[4]

Hoeber also sits on the board of directors of the government contractor Versar and is an emeritus chair of the Nuclear, Biological, and Chemical (NBC) Industry Group,[5] a trade association of organizations that “support national and international chemical, biological, radiological, nuclear, and explosive (CBRNe) defense activities.”[6] From her perch at NBC, Hoeber has advocated a robust Pentagon budget for nuclear, biological, and chemical defense programs. In 2010, when the Pentagon announced it would divert some of this funding to produce vaccines to defend against disease outbreaks, Hoeber protested that the cuts could cripple the industrial base for the WMD defense industry. “You don’t want the system to willy-nilly impact the industrial base without a thoughtful assessment of whether that’s the right thing to do,” she told the National Journal.[7]

Hoeber entered government in 1981 as a Reagan appointee in the Department of the Army, where she remained until 1986. According to her AMH bio, Hoeber was “responsible to the Secretary and the Under Secretary of the Army for research and development, test and evaluation, and acquisition policies, procedures and programs.”

Before entering government, Hoeber worked for a variety of security contractors and consultancies, including the Rand Corporation and the System Planning Corporation. In the 1970s, she served as a consultant to the firm founded by Albert Wohlstetter,[8] a fiercely anticommunist military strategist who advocated a first-strike U.S. nuclear posture[9] and served as a mentor to such prominent future neoconservatives as Paul Woflowitz and Zalmay Khalilzad.[10]

Hoeber has advocated limiting U.S. participation in arms control agreements. In 1988, shortly after the election of President George H.W. Bush, Hoeber coauthored a New York Times op-ed with Douglas Feith criticizing efforts to create a treaty banning the possession and use of chemical weapons. They argued that a new chemical weapons ban was sure to fail and would therefore increase the “risk that our forces would be attacked with poison gas if an ineffective ban deprived the United States of a chemical retaliatory capability.”[11]

In 1996, Hoeber argued against U.S. ratification of the Chemical Weapons Convention during testimony before the Senate Foreign Relations Committee, which was chaired at the time by the archconservative Sen. Jesse Helms (R-NC). “By purporting to rid the world of chemical weapons, ratification of the treaty would virtually guarantee the usual American idealistic response of complacence, of assuming that the treaty solves all of our chemical weapons problems,” Hoeber claimed. “This will have an inevitable effect of reducing the support both in the Congress and in the Department of Defense for the entire range of programs, equipment, training, and intelligence that are necessary to maintain our troops’ capability to defend against chemical weapons. This will increase not only the attractiveness of accumulation of such weapons by our adversaries, but also the impact on our troops should they ever be used against us. It will also reduce our effectiveness to counter terrorism using chemical material, and likely, therefore, increase the attractiveness of this type of terrorism to those who wish to horrify us.” Testifying with Hoeber were several other long-standing opponents of arms control measures, including J.D. Crouch, a future George W. Bush Pentagon appointee then with Department of Defense and Strategic Studies of Missouri State University, and Baker Spring of the Heritage Foundation.[12]

In the early days of the Iraq War, Hoeber lent credence to the claim that Saddam Hussein had stockpiled chemical weapons in an appearance on CNN’s Wolf Blitzer Reports in April 2003. Reporting on what U.S. troops believed to be “some Iraqi mobile chemical and biological labs about 50 miles south of Baghdad,” Blitzer asked Hoeber—described as a “chemical weapons expert”—whether the discovery constituted a “smoking gun,” or irrefutable evidence that the regime was developing WMDs. “Well, it could be,” Hoeber said. “I think we still have a lot to go in the way of taking some samples and getting them to some proper laboratories so we can be sure what chemicals were actually present in the labs at some point, but I think the simple fact that they were hidden creates some real concern as to whether they might not be part of a smoking gun.”[13] No evidence ever emerged that Iraq had been actively using mobile weapons labs or otherwise developing WMDs, but Hoeber’s consulting firm AMH had reportedly secured a contract to dispose of any weapons that could be discovered.[14]