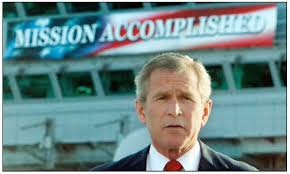 The Committee for the Liberation of Iraq (CLI) was a short-lived yet influential group of hawkish Beltway think-tankers and politicians who came together at the behest of the George W. Bush administration to support regime change in Iraq in the wake of the 9/11 terrorist attacks. Formed in late 2002 by Bruce Jackson, a director of the Project for the New American Century (PNAC) and former Lockheed Martin vice president, CLI was founded with the aim of promoting the overthrow of Saddam Hussein. An oil industry publication reported at the time: “Even as the White House publicly backs the UN weapons inspectors and the possibility of a peaceful disarmament of Iraq, the CLI is designed to ensure Washington does not weaken its resolve to remove Saddam Hussein.”[1]

From its inception, CLI had enormous clout in policy circles. In its inaugural press release in November 2002, the group stated that it already had scheduled a meeting at the White House with Condoleezza Rice, then national security advisor, to “discuss Iraq policy.”[2] Former secretary of state George Shultz, who chaired CLI’s Advisory Board, told the Financial Times about the CLI’s influence: “A committee like this gets a lot of impetus from the White House.”[3] 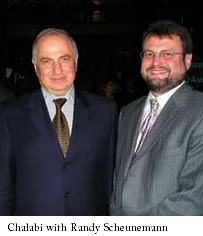 In a 2003 interview with the American Prospect’s John Judis, Jackson spoke about the genesis of CLI. He recounted how acquaintances in the Bush administration asked him prior to the Iraq invasion if he could replicate the success he had had pushing for NATO expansion through his U.S. Committee on NATO, by establishing an outfit aimed at supporting the administration’s campaign to convince Congress and the public to support a war against Iraq. “People in the White House said, ‘We need you to do for Iraq what you did for NATO,'” Jackson said.[4]

CLI described itself as a nongovernmental, bipartisan initiative whose “diverse” membership purportedly demonstrated a public consensus for the need to overthrow the Hussein regime.

In February 2003, CLI issued a press release titled “CLI Welcomes Senator Bayh: Adds to Bipartisan Consensus,” which reported that then Sen. Evan Bayh (D-IN) had signed on as an honorary co-chairman, becoming “the third U.S. Senator to join the committee after Sens. Joe Lieberman (D-CT) and John McCain (R-AZ).” CLI quoted Bayh as saying: “Saddam Hussein and his murderous regime present a clear national security risk to the United States. And Saddam and his weapons of mass destruction are inextricably linked.”[5]

Five years later, when Bayh was ostensibly being considered as a potential vice presidential candidate for Sen. Barack Obama (D-IL) in the 2008 race, the Indiana senator attempted to minimize his connections to CLI. He told the Wall Street Journal, “I don’t remember any meetings, any conversations, any anything. Obviously my name was linked to it, but other than that there’s nothing that can be said.”[6]

In the run-up to the Iraq war there was speculation that in post-invasion Iraq, CLI would play an important role, including in oil policy. “It is said that, once the Saddam regime has been overthrown, the CLI will act as a ‘shadow government’ for Baghdad. But it will limit itself to policy matters and will not deal with details. It will, eventually, press for a ‘competitive petroleum production sharing regime’ which could make OPEC irrelevant to Iraq’s oil output or supply decisions,” opined one outlet at the time.[8]

However, after the U.S.-led coalition deposed Saddam Hussein and set up a coalition government in spring 2003, instead of taking on a greater role, CLI disappeared from the picture altogether. A statement on its website shortly after the invasion announced the organization’s closure. “Following the successful liberation of Iraq, the committee has ceased its operations,” it read.[9]

According to its mission statement CLI was “formed to promote regional peace, political freedom, and international security by replacing the Saddam Hussein regime with a democratic government that respects the rights of the Iraqi people and ceases to threaten the community of nations. … The Committee for the Liberation of Iraq will engage in educational and advocacy efforts to mobilize U.S. and international support for policies aimed at ending the aggression of Saddam Hussein and freeing the Iraqi people from tyranny.” The mission statement also claimed that the committee was “committed to work beyond the liberation of Iraq to the reconstruction of its economy and the establishment of political pluralism, democratic institutions, and the rule of law.”[10] However, CLI disbanded after the invasion and never follow through on these stated commitments.

Some commentators saw CLI as a spin-off of the Project for the New American Century, a neoconservative-led pressure group formed in the late 1990s to push for an aggressive post-Cold War U.S. military posture; one of its central tenets was the overthrow of Saddam Hussein. Commentator Jim Lobe called CLI a PNAC “spin-off,” noting that both Jackson and Scheunemann had signed PNAC’s September 19, 2001 letter to Bush that called for pushing the “war on terror” “beyond al Qaeda to Syria, Iran, Hezbollah in Lebanon, the Palestine Authority and, of course, Iraq.”[11] Similarly, reporter William Rivers Pitt claimed that PNAC had “given birth” to CLI, which he said had “funneled millions of taxpayer dollars into supporting the Iraqi National Congress [INC] and the Iraqi heir presumptive Ahmad Chalabi.”[12] Pitt did not offer any evidence that the committee was directly involved in funding the INC, but many CLI principals, including Scheunemann, were involved in efforts to secure official U.S. support and funding for the Chalabi-led group.[13]

Like the also-defunct PNAC, CLI was a letterhead organization whose legitimacy rested in large part on the long list of elite figures who signed on as supporters. Its membership list gave CLI a certain status, lending it credibility; and many of its members, including Jackson, had considerable clout. A case in point was Jackson’s role in persuading several Eastern European countries—known as the “Vilnius 10” and famously dubbed the “New Europe” by Defense Secretary Donald Rumsfeld—to produce a joint statement in early 2003 announcing their support for U.S. action in Iraq. In February 2003, Agence France Presse reported: “In an interview, Bruce Jackson, a former U.S. Defense Department official who heads a Committee for the Liberation of Iraq, said that he was among those who helped initiate the statement supporting the U.S. stance, the daily International Herald Tribune reported. The joint statement by Albania, Bulgaria, Croatia, Estonia, Latvia, Lithuania, Macedonia, Romania, Slovakia, and Slovenia drew a scathing rebuke from France’s President Jacques Chirac at a European Union summit meeting in Brussels Monday. According to the report, it was the Committee for the Liberation of Iraq, Jackson’s organization, that helped distribute the text to news agencies.”[14]

In 2010, CLI gained renewed attention in several outlets after it emerged that the Emergency Committee for Israel (ECI), a group launched by CLI co-founder and prominent neoconservative Bill Kristol, was going to be based at the Washington, DC office of Orion Strategies, which was previously the home of CLI. In an email exchange with Salon’s Justin Elliott, ECI principal Michael Goldfarb wrote: “I’m on the record as an adviser to ECI and its no secret that I work at Orion, where the Committee for the Liberation of Iraq sign is still proudly displayed on the front of the building. ECI will be opening an office next week, but given the urgency of our cause, getting an office sorted out seemed less pressing than exposing [Democratic Pennsylvania Senate candidate] Joe Sestak’s anti-Israel record.”[15]

After a landmark deal was reached over Iran’s nuclear program between Iran and six major world powers in July 2015, observers noted that many of the deal’s opponents were the same people who championed the war in Iraq. “Many of the same people who argued for the war in Iraq are now making the case against the Iran nuclear deal,” President Obama said in August 2015.[16]

An August 2015 article in LobeLog investigated where former CLI board members stood on the deal, asking: “In light of Obama’s observation, we thought it might be interesting to find out—to the extent we could—where the 33 members of this brilliant board of advisers stand on the Iran deal?”[17]

The LobeLog story noted that most former CLI board members had come out adamantly in opposition to the Iran deal. CLI’s chairman George Shultz, for instance, had co-written a Wall Street Journal piece after a framework agreement was reached with Iran in April that “raised a host of criticisms that the deal’s foes have predictably seized upon.” CLI’s co-chairs Sen. John McCain, former Sen. Evan Bayh (D-IN), and former Sen. Joe Lieberman (I-CT) were all also vociferously opposed to the Iran deal, with the latter two joining the board of the anti-deal American Security Initiative and Citizens for a Nuclear Free Iran. Other CLI board members LobeLog highlighted as opposing the Iran deal included: Newt Gingrich, Bill Kristol, Richard Perle, James Woolsey, Joshua Muravchik, Gen. Barry McCaffrey, Leon Wieseltier, and Danielle Pletka.[18]

[7] Committee for the Liberation of Iraq, Advisory Board, http://web.archive.org/web/20030802072636/www.liberationiraq.org/climembers.shtml.