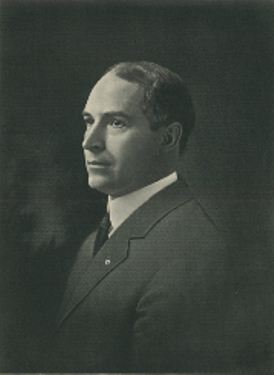 Earhart has no known official mission statement, but according to its president, the "basic role [of the foundation] is to influence ideas." It accomplishes this mission "by providing fellowships to young scholars, usually graduate students or junior faculty, who are committed to the principles of a free society and who show the potential for high-quality work in political philosophy, economics, and other disciplines in the humanities and social sciences."

Total Value of Contributions (as of 2015)

The Ann Arbor-based Earhart Foundation, perhaps best known for its support of several Nobel-winning economists, appears to shun publicity as it does not have a public web site and has received very little scholarly attention.

Much of the information and commentary that is available on Earhart comes from sympathetic sources. In a 2004 article for Philanthropy, a journal published by the conservative Philanthropy Roundtable, Martin Davis highlighted the foundation's support for economists: "For economists, one pinnacle stands above all others—the Nobel Prize. And no philanthropic group has done more to assist top thinkers in their climb toward this prize than the Earhart Foundation of Ann Arbor, Michigan. Though relatively small, the foundation has enjoyed incredible success identifying and supporting those who will go on to Stockholm. The prize in economics was established in 1969 and has been awarded 35 times as of 2004]. Nine of those winners had received Earhart support."[1] 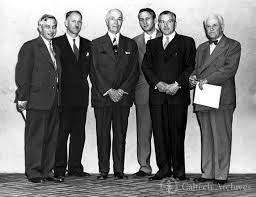 In a 1985 statement, Earhart discussed the origins of the foundation and the aims of its founder, the Michigan-based oil tycoon Harry Boyd Earhart: “Harry Boyd Earhart believed profoundly that the free, competitive American enterprise system, based upon the Christian ethic, was the highest form of social organization in history.” First Principles Journal reported that Harry Earhart founded the foundation in 1929 “to preserve and foster such beliefs.”[2]

Earhart has also been a key backer of neoconservativism. Beginning in the late 1970s and early 1980s, it became a key supporter of the American Enterprise Institute, which served as a prominent source of ideas and staff people for the Reagan administration. According to a 1981 New York Times article, "About 60 percent of [AEI's] money comes from foundations, such as the Lilly Endowment, the Smith Richardson Foundation, the Rockefeller Brothers Trust, and the Earhart Foundation."[4] AEI went on to become one of the major recruitment spots of the George W. Bush administration, providing scholarship and legal opinion in support of the "war on terror" and the war in Iraq."[5]

Earhart has also given to conservative groups like the Federalist Society and the American Islamic Congress, as well as to more avowedly militarist organizations like the Foundation for Defense of Democracies, the Project for the New American Century, and the Foreign Policy Research Institute.[6]

Although it supported a number of think tanks that played key roles in bolstering the militarist policies of the Bush administration—like AEI, the Heritage Foundation, and the Hudson Institute—much of Earhart's funding goes to supporting rightist social and economic policies.

In the early 1990s, Earhart sponsored research into the application of a so-called "economic model" to HIV/AIDS. In their 1993 University of Chicago-published paper "Will the AIDS Epidemic be Self-Limiting?" Earhart-sponsored researchers Avner Ahituv, V. Joseph Hotz, and Tomas Philipson argue that AIDS infection rates tend to decline as young people substitute away from risky activities, such as unprotected sex and intravenous drug use. Thus, they argue, government intervention and medical research is often overstated, especially as the epidemic is largely limited to "homosexual men" and intravenous drug abusers.[7]

In the early 2000s, Earhart funded anti-affirmative action campaigns at major universities, and helped publish articles supporting these campaigns in the International Journal of Public Opinion Research and Irving Kristol's The Public Interest.[8]

Earhart has also been a key funder—along with the Olin, Scaife and Bradley Foundations—of the George C. Marshall Institute (GMI), a think tank that endeavors to debunk global warming theories.[9] According to a Greenpeace-sponsored report, the institute, which has also received money from Exxon-Mobil, "primarily focused on defense issues, advocating funding for Reagan's Strategic Defense Initiative and Star Wars," when it was founded in the early 1990s.[10] However, more recently, it has "branched out and is one of the leading think tanks trying to debunk climate change. GMI works on a range of issues, including civic environmentalism, climate change, national defense, bioterrorism, and missile defense."[11]

The single largest recipient of Earhart funding in recent years has been the ATLAS Economic Research Foundation, a sort of "meta think tank" that focuses on setting up more think tanks, especially those that espouse free market economics and limited government.[12][13]

Earhart's assets at the end of 2013 were $16 million according to its IRS form 990.[14] The foundation is no longer officially "family-run" though family members continue to serve on the board and trustees are elected by a family board. Earhart's grandson, David Kennedy, served as president of the foundation until 2004. Ingrid Gregg has led the foundation since then.

Earhart has no known official mission statement, but according to its president, the "basic role [of the foundation] is to influence ideas." It accomplishes this mission "by providing fellowships to young scholars, usually graduate students or junior faculty, who are committed to the principles of a free society and who show the potential for high-quality work in political philosophy, economics, and other disciplines in the humanities and social sciences."

Total Value of Contributions (as of 2015)

[7] Avner Ahituv, V. Joseph Hotz, Tomas Philipson. "Will the AIDS Epidemic be Self-Limiting? Evidence on the Responsiveness of the Demand for Condoms to the Prevalence of AIDS," https://ideas.repec.org/p/har/wpaper/9401.html.