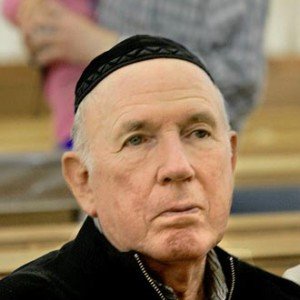 Irving Moskowitz was a Florida-based bingo and gambling magnate who was well known for his funding of Israeli settlements in Palestinian territories. An associate of the rightwing Israeli think tank the Ariel Center for Policy Research,[1] Moskowitz, supported funded several U.S. neoconservative pressure groups and the campaigns of conservative “pro-Israel” politicians.

When Moskowitz passed away in June 2016, the Times of Israel highlighted his settler work: “The Moskowitz Foundation he founded in 1968 along with his wife, Cherna, was a major supporter of El’ad and Ateret Cohanim, two organizations involved in moving Jews to live in predominantly Arab neighborhoods of East Jerusalem. … In 2008, the Moskowitzes established the Moskowitz Prize for Zionism, whose winners included Moshe Levinger, an early settler in Hebron after the 1967 Six Day War who later was jailed in Israel for violence against Arabs; Noam Arnon, another prominent settler in Hebron; and Yehudah Glick, an activist pushing for greater Jewish access to the Temple Mount who recently became a Knesset member.”

A retired doctor who originally built his wealth by buying and selling hospitals, Moskowitz owned the Hawaiian Gardens casino in Hawaiian Gardens, California, a small, mostly Latino city near Los Angeles. The casino was unsuccessfully sued by concerned citizens in the United States for alleged abuses committed against its workers (see the website of the Coalition for Justice in Hawaiian Gardens & Jerusalem, stopmoskowitz.org).

Moskowitz’s donations to U.S. political figures were the subject of public scrutiny. In January 2011, the liberal Israel lobby J Street criticized Florida Republican Rep. Ileana Ros-Lehtinen, a fierce anti-Castro congresswoman who has also championed Likud-aligned policies on Mideast peace, for receiving campaign contributions from Moskowitz, who was the congresswoman’s top individual donor.[2] J Street called on Ros-Lehtinen to return the donations, saying that Moskowitz “actively works to derail the chances for a two-state solution by funding Jewish settler housing in the middle of Arab neighborhoods in east Jerusalem.”[3]

In Israel, Moskowitz was often criticized for using his wealth to try to dictate government policy and making controversial land purchases in Palestinian enclaves in Jerusalem and the West Bank and Gaza. In January 2011, a Moskowitz-owned hotel in East Jerusalem was partially razed to enable construction of Jewish settlements that are illegal under international law. “[Israel] is not looking for peace but to take more land,” said Adnan Husseini, the Palestinian-appointed governor of Jerusalem, told the Guardian. “It’s clear they are doing everything to violate the situation. They are disfiguring this area by building a settlement here.”[4]

Moskowitz’s support for settlements was long-standing. In the late 1990s, he had a public dispute with then-Prime Minister Benjamin Netanyahu over a controversial home he purchased and gave to three Jewish families in eastern Jerusalem. Reported the Jewish Telegraphic Agency (JTA), “After heated negotiations, Netanyahu convinced Moskowitz to kick the families out of the Arab neighborhood in eastern Jerusalem, on the Mount of Olives. Instead 10 yeshiva students will guard and maintain the property. For years Netanyahu supported Moskowitz’s Jerusalem land purchases. The two have been close ever since Moskowitz was instrumental in opening a research institute named after Netanyahu’s brother, Yonatan, who died during the famous Entebbe rescue in 1976.”[5]

Earlier in 1996, Moskowitz pressured Netanyahu to open a controversial tunnel next to the Temple Mount. This led to several days of rioting in Palestinian areas, resulting in some 70 deaths. A plaque in the tunnel commemorates Moskowitz, who funded the tunnel’s construction.[6] In 2000, the Temple Mount tunnel provided the spark that set off the second intifada, the al-Aqsa uprising, when then-Prime Minister Ariel Sharon visited the tunnel.[7]

Moskowitz was a funder of numerous U.S.-based neoconservative organizations that helped promote an expansive war on terror and hardline Israel-centric Mideast policies. These included the Hudson Institute, the American Enterprise Institute(AEI), the Jewish Institute for National Security Affairs, and the Center for Security Policy (CSP).[8] Praising Moskowitz’s generous funding, David Wurmser, an adviser on the Middle East to then-Vice President Dick Cheney and a former AEI fellow, once said that the bingo mogul was a “gentle man whose generous support of AEI allows me to be here.”[9]

The Ariel Center for Policy Research, a hardline advocacy and research institute that Moskowitz supported, espouses a Likud Party line on Israeli security. Its website states the “peace process” is “a paradox whereby a minuscule democracy is being forced to provide its totalitarian enemies—scores of times its size—the only thing it lacks: territory.” The Ariel Center maintains that any peace effort that “will force Israel to its pre-1967 borders, i.e. losing those territorial assets critically needed for the very existence of the Jewish State, will not be but a recipe for war.” Among the organization’s other contributing experts are a number of U.S.-based researchers aligned with the U.S. pro-Israel right and the neoconservatives, including Meyrav Wurmser and Anne Bayefsky of the Hudson Institute; Ilan Berman, vice president of the American Foreign Policy Council; Rachel Ehrenfeld, head of the Center for the Study of Corruption; and Frank Gaffney of the CSP.

A year later after he established the Irving I. Moskowitz Foundation in 1968, Moskowitz reportedly began his controversial property acquisitions in Jerusalem with proceeds from the sale of one of his hospitals. In 1988, Moskowitz purchased the Hawaiian Gardens bingo parlor. “It was a move,” reports the JTA, “that changed his life—and ultimately, he hopes, the character of Jerusalem.” He converted the bingo business into a non-profit organization, with nearly all proceeds going to the Moskowitz Foundation. “Through bingo profits, Moskowitz’s charitable giving has soared from the thousands to the millions, propelling his foundation to one of the top 1,000 private foundations in the United States. Moskowitz’s foundation gave away $57,000 in 1987. In 1991, he gave away $1.5 million, according to the foundation’s tax returns. By 1994, he had given $4.3 million and about $6 million in 1995. More current figures are not available.”[10]

In an exhaustive 1996 account of Moskowitz’s background and charitable giving, the Los Angeles Times highlighted a number of his more controversial initiatives. Reported the LA Times: “Many beneficiaries … are American ‘pass through’ organizations designed to help Israeli counterparts, including groups involved in the property purchases and settlements in contested areas. Foundation records show that the largest single amount in 1994, $1.03 million, went to American Friends of Everest, which Moskowitz set up ‘to acquire an important religious building in the holy city.’ And the leading recipient through 1994, getting $2.35 million, was American Friends of Ateret Cohanim, which supports a yeshiva in the Arab quarter of Jerusalem. Members believe they have a God-given mission to buy property and protect Temple Mount, revered as the site where Abraham offered to sacrifice his son, Isaac, and the site of the First and Second Jewish temples, the latter destroyed by the Romans in 70 AD. Ateret Cohanim members believe that the rebuilding of the temple, and the coming of the messiah, are imminent. But that would mean tearing down the third-holiest site in the Islamic world, the Dome of the Rock and Al Aqsa Mosque, built over the temple ruins. … In June [2006], Moskowitz visited the yeshiva to donate a Torah scroll in memory of a student stabbed to death by Arabs. By now, some of his eight children, two of them rabbis, were raising their own families in Israel. ‘After 2,000 years of sacrifice for the dream of returning to Jerusalem, we cannot allow it to be taken away,’ he said.”[11]

According to 2005 tax documents, with assets of just over $52 million, the foundation’s yearly charitable donations totaled nearly $6.5 million. This included donations to nearly 80 organizations, the majority of which were Israel-oriented groups. His bingo and gambling businesses contributed more than $30 million.[12]

Among the foundation’s largest recipients in 2004 were:

-The American Friends of Bet El Yeshiva ($785,000), a “pass through” group that supports the Bet El Yeshiva religious center, a sharply conservative outfit known for its hard line on land-for-peace deals and efforts to push for government protection of the settler movement. In 1995, Bet El “called on Israeli soldiers to refuse to obey orders connected with the evacuation of West Bank military installations as part of Stage 2 of the peace process” (Hillel Halkin, “Israel, Rabbis Battle for Soul Of Their Army,” Forward, July 21, 1995).

–The Hebron Fund ($210,000), which supports settler groups in the volatile West Bank city that Israel occupied after the 1967 Six Day War.

–The Battalion of Deborah ($100,000), a Christian dispensationalist group based in Texas that believes “the Land of Israel is promised by God to the Jewish people. We oppose any policy that fails to take God’s word into account and attempts to separate the Jewish people from the Land of Israel. We believe such policies will serve only to hinder the establishment of a just and lasting peace between the people of Israel and the Arab nation” (see www.battalionofdeborah.org).

Although notoriously media-shy, Moskowitz, an Orthodox Jew who lost family in the Holocaust, occasionally spoke out in defense of his activities in the press. He would invoke World War II-era images of appeasement to make his points. For example, he once told the Jerusalem Post: “I was 10 years old at the time and still vividly remember the profound sadness that enveloped our home in the wake of the Munich signing. There was an atmosphere of mourning for the tragedy we knew would follow, since belligerent dictators can never be truly appeased. … Under political pressure at home and abroad or in the hope of being remembered in the history books—or simply out of sheer desperation—prime ministers can take steps in the name of ‘peace’ that actually lead to war.”[13] Similarly, according to JTA, he once “compared slain Israeli Prime Minister Yitzhak Rabin to Britain’s Neville Chamberlain, who sought to appease the Nazis.”[14]

Like many of his associates among right-wing pro-Israel lobbyists in the United States, Moskowitz lambasted the Mideast peace process and rejects land-for-peace deals. In a 1996 interview with the Los Angeles Times, he said that then-ongoing peace talks represented a “slide toward concessions, surrender, and Israeli suicide.”[15] And in a 1997 letter to the Washington Post, he wrote: “If the peace process is incapable of digesting the presence of 50 Jewish families 860 yards from the Western Wall and barely a mile from the King David Hotel, then its fragility is indeed beyond repair. To rule out the construction of a 50-unit Jewish apartment project on Mount of Olives because of its proximity to Arab residences is to enfranchise Yasser Arafat’s thesis that Palestinians are incapable of living on common ground with Israelis in Jerusalem. That would be defined as racism anywhere outside the Middle East.”[16]

Moskowitz’s wife, Cherna, was also accused of taking extreme views on Mideast peace issues. For example, the Coalition for Justice in Hawaiian Gardens & Jerusalem reported on its website that she once helped set up a website that hosted a game where players were “invited” to kill moderate politicians, including former Prime Minister Ehud Barak. Reported the Coalition: “In February 2000, the Israeli newspaper Yedioth Aharonot discovered an Internet assassination ‘game’ that invited visitors to ‘destroy’ Israel’s Prime Minister Ehud Barak and other moderate, pro-peace Israeli political leaders. The game encouraged visitors to click on a leader’s picture, which would ‘explode,’ accompanied by the sound of screaming. Prime Minister Barak’s office condemned the Moskowitz-sponsored game, saying ‘The right-wing site creates incitements of a most violent nature that are like those that have brought consequences that all of us remember,’ a reference to the assassination of Prime Minister Yitzhak Rabin in 1995″ (see “The Assassination ‘Game,'” Coalition for Justice in Hawaiian Gardens & Jerusalem, stopmoskowitz.org/assassination.shtml).