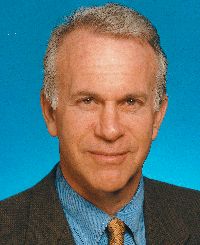 James Glassman is a veteran journalist and former diplomat who hosts the weekly TV program, Ideas in Action, and is executive director of the George W. Bush Institute.[1] A former undersecretary of state for public diplomacy in the George W. Bush administration—during which he led a “government-wide international strategic communications effort”[2]—Glassman is also a former senior fellow at the neoconservative American Enterprise Institute (AEI). The founder of the online magazine Tech Central Station, Glassman’s past television experience includes moderating and/or hosting Capital Gang Sunday on CNN, MoneyPolitics on WJLA in Washington, D.C., and TechnoPolitics on PBS.[3]

Glassman is perhaps best known as the coauthor, with Kevin A. Hassett, of the ill-timed 1999 book, Dow 36,000: The New Strategy for Profiting From the Coming Rise in the Stock Market, which erroneously predicted that the stock market was “undervalued” and would continue to rise sharply in ensuing years.[4]

Glassman’s Ideas in Action, coproduced by Grace Creek Media and the Bush Institute, is described as a “weekly series on ideas and their consequences.” It began airing on PBS affiliates and the internet in early 2010, and regularly features prominent rightist academics and political actors commenting on domestic and foreign affairs. Guests have included Jeffrey Gedmin, a former AEI scholar who heads Radio Free Europe; Dan Senor, cofounder with William Kristol and Robert Kagan of the Foreign Policy Initiative; AEI’s Thomas Donnelly; Andrew Exum of the Center for a New American Security; former secretary of state George Shultz now based at the Hoover Institution; and former George W. Bush speechwriter Michael Gerson.[5]

Glassman launched Tech Central Station (TCS) in 2000 as a "virtual think tank," covering everything from the war in Iraq to Milton Friedman's views on health care reform. Its original mission statement read: "The explosion of dazzling technological advances over the last two centuries has brought with it a host of thorny political and public policy questions. The collision of technology and public policy has enormous implications for our lives and our future. Tech Central Station is here to help provide the right answers to many of those questions with the news, analysis, research, and commentary you need to understand how technology is changing and shaping our world, and how you can make sense of it all."[6]

TCS had significant corporate support. Its website, which is no longer accessible, stated, "Tech Central Station is supported by sponsoring corporations that share our faith in technology and its ability to improve modern life. Smart application of technology—combined with pro free market, science-based public policy—has the ability to help us solve many of the world's problems, and so we are grateful to AT&T, ExxonMobil, General Motors Corporation, Intel, McDonalds, Microsoft, Nasdaq, National Semiconductor, PhRMA, and Qualcomm for their support. All of these corporations are industry leaders that have made great strides in using technology for our betterment, and we are proud to have them as sponsors."[7]

In December 2003, the Washington Monthly, described TCS as "journo-lobbying"—a new innovation in lobbying "driven primarily by the influence of industry. Lobbying firms that once specialized in gaining person-to-person access to key decision-makers have branched out. The new game is to dominate the entire intellectual environment in which officials make policy decisions, which means funding everything from think tanks to issue ads to phony grassroots pressure groups."[8]

According to the Washington Monthly, soon after ExxonMobil enlisted as a sponsor, TCS began running articles attacking the Kyoto accord and the science of global warming. After the pharmaceutical lobby PhRMA hired TCS's parent company, DCI Group (a public affairs firm), TCS columnists wrote editorials and articles arguing against legislation that would allow the reimportation of drugs from Canada.[9]

Glassman also supported the decision to invade Iraq. In an April 2003 column for Capitalism Magazine, he wrote: “The military might and presidential resolve of the United States are already stopping the war in Iraq. Stopping it by destroying its regime. This is not what Sean Penn, Michael Moore, Susan Sarandon, Howard Dean, Jacques Chirac, Jude Wanniski, Pat Buchanan, Wallace Shawn, Robert Novak and their pals had in mind, but it is the best way to end a war—by defeating an enemy that threatened the peace of the world, a regime that oppressed, tortured and killed its own people.”[10]

As with his prognostications regarding the stock market, Glassman’s characterizations about the Iraq War at times were overly sanguine. He wrote Capitalism Magazine, published a month after the invasion, “It has been a war unmatched in history, with relatively few civilian and allied casualties and the prime objectives—control of the capital and the destruction of Saddam's regime—achieved in only a few weeks.”[11]

In 2006, TCS was purchased by its then-editor Nick Schulz, becoming TCSDaily.[12] In 2008, Schulz, a former political editor on Fox News, became a fellow at the American Enterprise Institute, editing AEI’s in-house magazine The American.[13] As of 2010, TCSDaily was being published under the auspices of Ideas in Action.[14]

Glassman’s past journalism experience includes serving as president of the Atlantic Monthly, publisher of the New Republic, executive vice president of U.S. News & World Report, and editor and co-owner of Roll Call.[16]

[1]Ideas in Action, “About Page," http://www.ideasinactiontv.com/about.html.

[3]Ideas in Action, “About Page," http://www.ideasinactiontv.com/about.html.

[4]James K. Glassman and Kevin A. Hassett, Dow 36,000: The New Strategy for Profiting From the Coming Rise in the Stock Market, Crown Business, 1999.

[16]Ideas in Action, “About Page," http://www.ideasinactiontv.com/about.html.