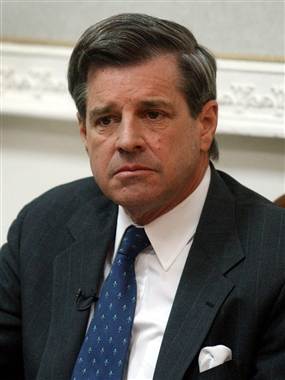 L. Paul Bremer is a former U.S. diplomat who is best known for his controversial tenure as President George W. Bush’s envoy to Iraq after the 2003 U.S.-led invasion. Bremer, who succeeded retired General Jay Garner, served in this role during the period May 2003-June 2004.

Since leaving government service, Bremer has been active as a policy pundit, writing opinion pieces for newspapers and appearing on Fox News to advocate continued U.S. military intervention in the Middle East. He has also served as a board member of the International Republican Institute (IRI),[1] an adjunct lecturer at American University’s School of International Service,[2] the president of World T.E.A.M. Sports (a non-profit that promotes the involvement of disabled people in organized sports),[3] and as a member of the boards of various corporations, including Global Secure Corporation[4] and Alelo Inc.[5] 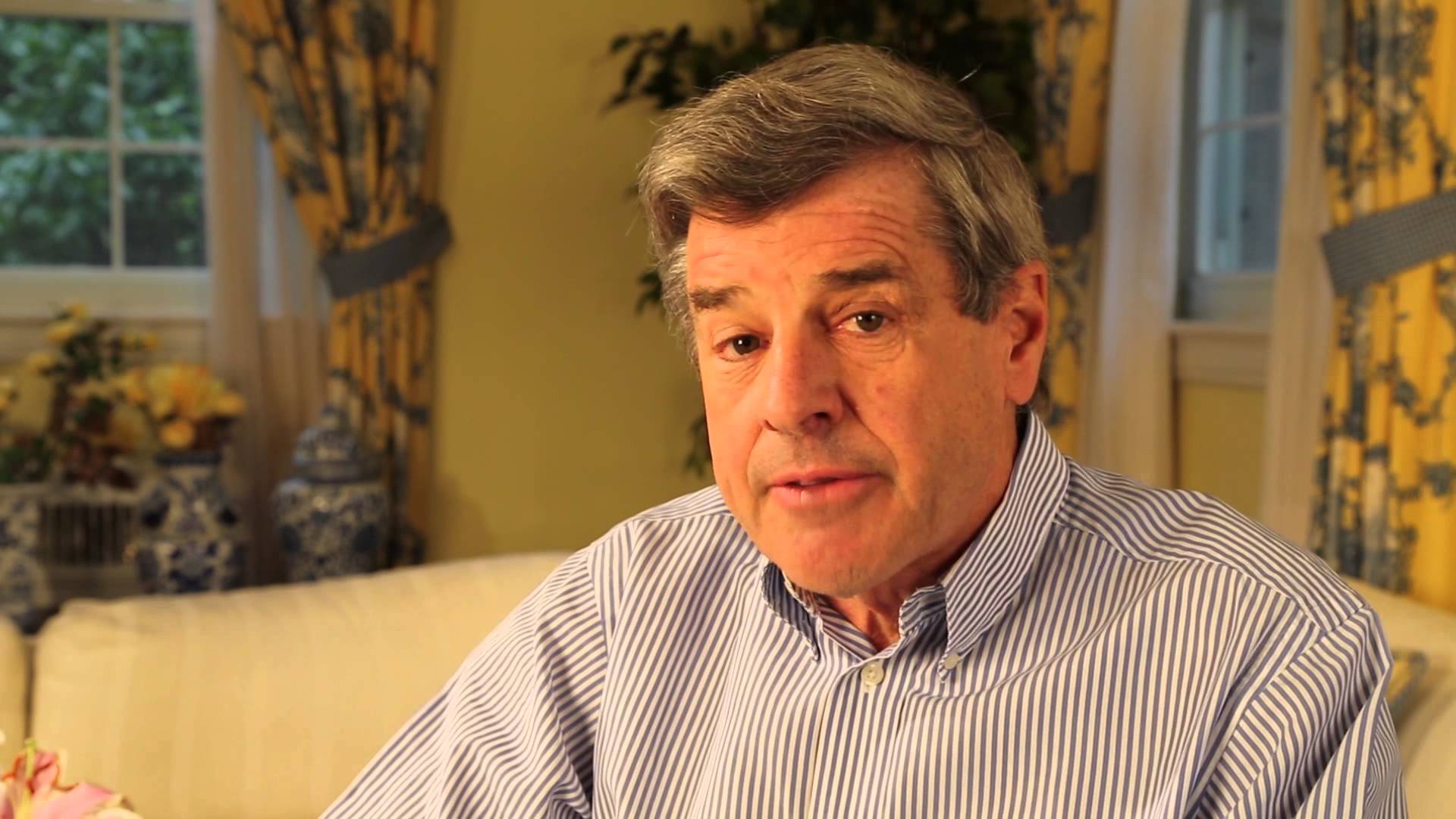 Bremer’s tenure as head of the Coalition Provisional Authority (CPA) in Iraq was marked by a number of controversial decisions, which have remained sources of heated debate. Most notably, Bremer was responsible for the decision to disband the Iraqi armed forces. He was also criticized for failing to contain unrest in the country in the year after the invasion. Both factors have been strongly linked to the rise of a Sunni insurgency in the country and its subsequent descent into sectarian conflict.

Bremer's CPA tenure received renewed scrutiny in 2014, when the Islamic State of Iraqi and Syria (ISIS)—an al-Qaeda offshoot from the Iraqi insurgency that has also established itself as an anti-regime militia in Syria's civil war—launched an aggressive offensive in Iraq. Accompanied by Baathist supporters of the deposed Saddam Hussein, many of whom had likely been purged from the Iraqi military at Bremer's orders, ISIS seized a swath of territory and border crossings throughout northern and western Iraq, including the key city of Mosul, and undertook mass executions of soldiers and civilians.

Bremer blamed the unrest on the Obama administration's 2011 decision to complete the Bush administration's negotiated drawdown of U.S. forces from Iraq, arguing that only "boots on the ground" could restore order to the fractured country. "The withdrawal of all American forces has now had its predictable results," Bremer wrote in a June 2014 Wall Street Journal op-ed. In addition to advocating both manned and unmanned airstrikes against ISIS forces, Bremer claimed that “Iraqis will need Americans to help plan and execute those operations. So there may be a need for American intelligence and fire control personnel on the ground. … It is time for both American political parties to cease their ritualistic incantations of 'no boots on the ground.'" Linking the crisis to other foreign policy challenges, Bremer insisted, "we can be sure that the Taliban in Afghanistan are watching closely” and that "hard-eyed men in Beijing, Tehran, and Moscow are also calculating the implications of our handling of this crisis."[6]

The op-ed provoked a firestorm of criticism from observers who argued that it was the U.S. invasion and Bremer's handling of the occupation—not the Obama administration's decision to end it—that precipitated Iraq's current crisis. "I thought it was odd to be listening to Bremer’s advice on this," said James Mann, author of Rise of the Vulcans, an influential book about the Bush administration's war cabinet. "He’s the guy who disbanded the [Iraqi] army, and that single action probably had the greatest causative effect to the mess we see now of anyone.”[7]

"It was [the Bush administration's] neocons, and idiots such as Paul Bremer, who after 2003 obliterated Iraq’s social, political, and military institutions, dissolved the armed forces, destroyed the Baath party, and handed power to sectarian Shiites and the Kurds," added The Nation's Robert Dreyfuss. "The fact that the Islamic State of Iraq and Syria (ISIS) can have the support that it appears to have in Sunni areas of Iraq—despite its brutal history of summary executions, beheadings, and onerous social diktats—is the result of putting in place a sectarian, Iran-linked Shiite bloc that viewed all Sunnis as apostates and would-be terrorists."[8]

Previously, in 2011, following the Obama administration's decision to complete the U.S. withdrawal—which came shortly after the administration’s failure to negotiate the terms of a continued U.S. military presence with the Iraqi government—Bremer said that Obama should “seek ways to extend our contacts with the Iraqi military, with the eventual goal of returning at least a cadre of U.S. forces to Iraq.”[9]

Bremer had earlier sparred with the Bush administration over troop numbers. He made headlines in October 2004 when, during a talk at a private resort in West Virginia, he suggested that the violence in post-invasion Iraq could have been contained if more troops had been committed. The talk, which occurred during the run-up to the 2004 presidential election and was widely quoted by supporters of Sen. John Kerry, prompted Condoleezza Rice and other White House staff to call Bremer and ask for clarifications.

"The press and critics of the war have seized on these remarks in an effort to undermine President Bush's Iraq policy. This effort won't succeed," Bremer countered in an op-ed for the New York Times. "It's no secret that during my time in Iraq I had tactical disagreements with others, including military commanders on the ground. Such disagreements among individuals of good will happen all the time, particularly in war and postwar situations. I believe it would have been helpful to have had more troops early on to stop the looting that did so much damage to Iraq's already decrepit infrastructure. The military commanders believed we had enough American troops in Iraq and that having a larger American military presence would have been counterproductive because it would have alienated Iraqis. That was a reasonable point of view, and it may have been right. The truth is that we'll never know."[10]

Bremer has been consistent on his advocacy of open-ended U.S. military occupation in Iraq. In fact, he hinted as much even before the U.S.-led invasion.

At a gathering of business leaders in Cincinnati on the eve of the invasion, Bremer predicted, "We're going to be on the ground in Iraq as soldiers and citizens for years. We're going to be running a colony almost."[11]

Bremer's 2006 memoir, My Year in Iraq: The Struggle to Build a Future of Hope (co-authored with Malcolm McConnell), recounts his experiences with the Coalition Provisional Authority and describes his doubts concerning the Bush administration's decision to limit the number of troops in Iraq, although he provides little insight into why he remained silent about his concerns at the time. He also provides previously unknown details about negotiations with Iraqi religious authorities over the country's interim constitution as well as efforts to help bring about elections. Opined New York Times reporter Dexter Filkins, "Sadly, it's a measure of Bremer's book that the best parts are those that involve events he writes least about. And this memoir is also emblematic of Bremer's tenure as the chief of the American occupation. For 14 months, he presided over an enterprise that, for all its energy, often seemed more about press conferences staged inside the Green Zone than the dangerous and uncertain reality outside."[12]

The Financial Times offered a more scathing review: "If by some quirk or cataclysm of history the main source of information about what happened in Iraq in 2003-2004 turns out to be this memoir by L. Paul Bremer III, future generations would surely get the impression that this U.S. occupation of part of the Arab heartland, if not quite a smashing success, had by dint of Ambassador Bremer's skill and perseverance set Iraqis firmly on the road to freedom. … But his viceroyship in Baghdad, if anything, showed a gift for stoking rather than countering [terrorism]. His first edicts as head of the Coalition Provisional Authority disbanded the army, a measure that left 400,000 men destitute and angry, but armed and trained—easy prey to the insurgency then taking shape."[13]

Bremer has drawn on his experiences in Iraq to promote U.S. intervention elsewhere, often advocating a heavy U.S. troop presence.

In October 2011, for example, after the capture and execution of Muammar Gaddafi by rebel forces in Libya, Bremer wrote an op-ed for the Washington Post calling for western boots on the ground to help stabilize the country. “After a dictator is gone, ensuring security for the population is the most important job of any government,” he wrote. “This will probably require outside forces, perhaps from NATO or selected European countries. The American and other governments should also commit resources to help the Libyans build a political scaffolding on which a system of representative government can rest.”[14]

Bremer also pressed for U.S. intervention in Syria's civil war. In the event that the regime falls, Bremer said in 2013, the United States will have "to pay a lot of attention to providing some kind of security in Syria while a new government is put in place,” which he estimated would require 400,000-500,000 troops. Although he conceded that such an engagement was "certainly not politically possible for America," he said "there may be some Syrian army troops who can be properly vetted and determined that they are not loyal to Assad anymore." In a potential rebuke to his own de-Baathification program in Iraq, he suggested, "You may be able to use some of them." At the very least, Bremer said, the United States should supply "heavy weapons" to selected rebels groups.[15] He later criticized the Obama administration for what he called a "feckless and hesitant American policy against any intervention to stop Bashar Assad's slaughter in Syria."[16]

Observers have debated why Bremer was chosen for the role in Iraq. "Quite why Washington parachuted a former ambassador to the Netherlands—an unknown unknown outside the Beltway—into this chaos remains unclear," quipped a writer for the Financial Times.[17]

Part of the reason may have been Bremer's longstanding connections to well-placed hawks in the Bush administration. At the time of his appointment, the Washington Post reported that Bremer was considered to be "a hard-nosed hawk who’s close to the neoconservative wing in the Pentagon, including Donald Rumsfeld and Paul Wolfowitz.[18] A writer for Alternet opined: "Bremer is a consummate insider with roots in several presidential administrations: During his 23-year diplomatic service career, he was stationed in Afghanistan, Malawi, Norway, and also served as ambassador to the Netherlands. In 1989 he joined the powerful New York-based Kissinger Associates, and in late 2001, along with former Attorney General Edwin Meese, he co-chaired the Heritage Foundation's Homeland Security Task Force, which created a blueprint for the White House's Department of Homeland Security."[19]

Before his stint in the Middle East, Bremer served as an adviser to Americans for Victory over Terrorism, an advocacy group established in 2002 by William Bennett and several other foreign policy hardliners "to defend America's war on terrorism against those who would weaken the nation's resolve and erode our commitment to end the international menace of terrorism."

The ultra-conservative Heritage Foundation's Homeland Security Task Force (co-chaired by Bremer) was initiated a few days after the September 11, 2001 terrorist attacks. Its report, "Defending the American Homeland," was published in January 2002. Although some of the recommendations were relatively uncontroversial, including ways to improve the nation's ability to respond to a bioterror attack, the report used 9/11 as an excuse to push for defense programs that would have little impact on the type of attacks perpetrated in New York and Washington. Such programs included the deployment of a national missile defense system, long a key item on the agenda of Bush administration hawks like Dick Cheney and Rumsfeld.[20]