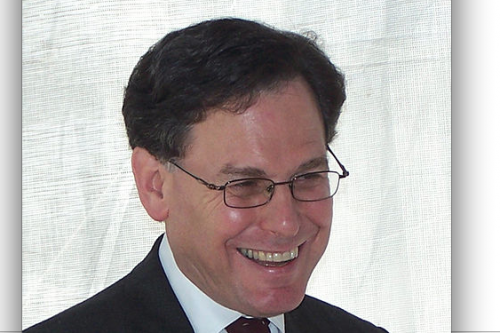 Penn Kemble was an influential organizer of various neoconservative causes for more than three decades who refused to abandon ] the Democratic Party. He died in 2005. Kemble is credited with pioneering the use of so-called letterhead organizations to promote hardline, anti-communist policies and controversial democratizing initiatives. Letterhead groups are typically comprised of a single office staffed by a few administrators who issue public sign-on letters to which public figures contribute their names. Once an agenda ceases to be relevant, the organization ceases to exist. Such initiatives were used to great effect during the lead-up to the war in Iraq, when organizations like the Project for the New American Century helped set the tone of public debate by issuing numerous open letters to the president or Congress called for the ousting Saddam Hussein and promoting an expansive “war on terror.”

In an obituary for the Washington Times (October 23, 2005), Ben Wattenberg, a scholar at the American Enterprise Institute (AEI), wrote that Kemble-who cut his teeth fighting sectarian battles against the Socialist Party-USA as a member of the anti-communist Young People’s Socialist League (or Yipsels)-“at a tender age . had already learned, or perhaps designed, the big secret: that the Yipsels planned to take over the world in a blizzard of letterheads.” 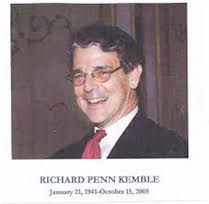 According to Wattenberg, Kemble used his experience with the Yipsels to help create the Coalition for a Democratic Majority (CDM), a hardline, anti-communist faction within the Democratic Party closely associated with Sen. Henry “Scoop” Jackson that was formed in the early 1970s to combat the left-liberalism that neoconservatives and others claimed was taking over the party in the wake of the Vietnam War. As Wattenberg remembered: “All through the summer and early fall of 1972, a troop of counterrevolutionaries met furtively in a proletarian hideout at the old Federal City Club. It had to be kept secret: We couldn’t be blamed for the Democratic catastrophe that we knew was coming. And so, under Penn’s guidance one more letterhead organization was born. We planned full-page advertisements for the Washington Post and New York Times. We decided who would be listed as the organizing committee. They included House Speaker-to-be Tom Foley, Ambassador-to-be Jeane Kirkpatrick, civil rights leaders Bayard Rustin, Velma and Norman Hill, the ‘boss’ of Montgomery County Democratic politics Dick Schifter, Ambassador-to-be Peter Rosenblatt, and Arms-Control Negotiator-to-be Max Kampelman-and Penn Kemble. Among the listed sponsors was Albert Shanker, president of the American Federation of Teachers.”

When CDM failed to shift the Democratic Party back to a hardline foreign policy platform, many of its core activists and supporters shifted to the Republican Party, eventually becoming members of the Reagan administration. Kemble, however, did not, and he consistently rejected the then-newly minted label “neoconservative,” which gained cachet in the mid-1970s as a term to describe those who had abandoned their leftist roots in Socialist groups or the Democratic Party. Wattenberg mused: “I dare not call [Kemble] a neoconservative, lest he rise up from the great beyond to smite me upon the head.”

Regarding Kemble’s reluctance to embrace the Republican Party, Joshua Muravchik, also an AEI scholar, wrote in an obituary for the Wall Street Journal: “I think he doubted that Republicans and conservatives could constitute a reliable base for the kind of internationalist and idealist foreign policy he espoused. He applauded President Bush’s speeches about the need for democratization in the Middle East as an antidote to terrorism. But he doubted that the president’s party was temperamentally suited to see such a policy through. Whether he was right remains to be seen. But the danger that Mr. Bush’s administration will fail to match words with action has grown greater now that Penn Kemble is no longer around to hold its feet to the fire” (October 22, 2005).

Wattenberg’s remembrance of Kemble observed that a Google search of Kemble’s name turned up nearly 30,000 entries, “mostly but not entirely friendly, linking him to most every letterhead organization that was designed to extend and promote freedom including-to name a very few-the Institute on Religion and Democracy (IRD) , Freedom House, the Foundation for Democratic Education, and Prodemca.” Wattenberg attributes these largely neoconservative-led organizations with creating a climate conducive to the work of several government-funded initiatives “to which Penn contributed so much energy: the National Endowment for Democracy (NED) and the National Democratic Institute for International Affairs (NDI). During the Clinton years, Penn became the acting director of the United States Information Agency. At State, Penn was one of two key officials responsible for dreaming up and bringing into being the ‘Community of Democracies,’ which in 2000 met at a global summit of democratic states in Warsaw in 2000-which has since been both imitated and expanded. (He held the title special representative of the secretary of state for the community of democracies.) It was a most unusual letterhead organization for Penn; it was made up of governments, not NGOs.”

Among the numerous other letterhead groups Kemble was associated with have been the Committee for the Free World and Social Democrats-USA. Committee for the Free World was created in the early 1980s by Midge Decter (the wife of Norman Podhoretz, longtime editor of Commentary, the neoconservative in-house magazine) with the help of Donald Rumsfeld and other right-wing luminaries to, as they put it, “fight the rising menace of totalitarianism” and to combat the influence of those in and outside the United States “who have made themselves the enemies of the democratic order.” Social Democrats-USA was a rightist faction within the Socialist Party-USA that split from the party in the early 1970s and rallied around Sen. “Scoop” Jackson, the hawkish Democrat from Washington State whose staff was made up of several key neoconservative figures, including Richard Perle, Frank Gaffney, and Elliott Abrams.

In 1981, Kemble also formed the Institute on Religion and Democracy, which he co-founded with Michael Novak, a so-called Catholic neocon based at AEI, and conservative theologian Richard Neuhaus. The group “began as a project of the Foundation for a Democratic Education, the financial arm of the Cold War group, the Coalition for a Democratic Majority. It was founded to counter progressive mainline Christian organizations, the National Council of Churches (NCC), and the NCC’s international counterpart the World Council of Churches (WCC). Neuhaus, a Lutheran pastor, admitted that the IRD had a specific ‘political agenda,’ at the top of which was Central America and opposition to liberation theology.”

Council for a Community of Democracies, Biography of Penn Kemble, www.ccd21.org/staff/bios_kemble.htm.