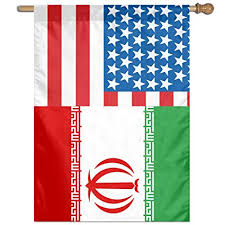 Israel’s recent escalation of armed attacks across the Middle East is in large part designed to provoke Iranian retaliation that would make it politically difficult for either Trump or the Europeans to strike new deals with Tehran.

(Lobelog) It is a sure sign that the Trump administration’s campaign to squeeze Iran into submission is a failure when those who customarily favor pressuring Iran acknowledge that failure. Take what has become the administration’s go-to rationale for the campaign in the face of other evidence that it is not working: the claim that U.S. sanctions have undercut Iran’s “malign” activity in the Middle East by reducing the funds available for such activity. In a recent op ed, Dennis Ross and Dana Stroul of the Washington Institute for Near East Policy debunk this notion by describing how and why a financial pinch on Iran does not translate into retrenchment in Iranian regional activity.

In Syria, for example, Iranian-backed militias “may be suffering from salary cuts, but less take-home pay has not led to a reduction in violence.” The same pattern of reduced cash not leading to reduced armed activity is seen with Hezbollah in Lebanon and the Houthis in Yemen. And although the administration has tried to highlight reductions in Iran’s military budget, assertive Iranian activity in the Persian Gulf such as sabotage or seizure of foreign tankers has gone up, not down, since the start of the administration’s pressure campaign. In short, Ross and Stroul accurately observe, Iran does what it does in the region “on the cheap.” Its regional activity is not determined by the balance in its bank account.

Or consider another rationale for the pressure campaign: that inside Iran it will build opposition to the regime and, it is hoped, lead to regime change. A recent analysis by the Israel-based Institute for National Security Studies (INSS)—which cannot be accused of being soft on Iran—highlights the failure on this criterion, too. While the sanctions-induced economic pain in Iran is undeniable, the Israeli analysts conclude that the “Iranian regime is managing, as in the past, to contain the economic difficulties without leading to deterioration and unrest that will undermine its stability.” The Iranian public “has despaired of generating significant political change” and is focused on “the struggle for day-to-day survival.” The economic crisis has increased the dependence of many workers on government jobs and lowered their willingness to “risk their economic and employment security through political and civil involvement.” Citizens’ concerns “about chaos and the loss of stability … exceeds their preparedness to advance revolutionary political changes”.  The study presents data showing that protest demonstrations in Iran have declined, not increased, since the pressure campaign began.

Then, of course, there is the nuclear side of Iran’s response to the Trump administration’s reneging on the Joint Comprehensive Plan of Action (JCPOA) and waging of economic warfare. Iran’s exceeding of some of the JCPOA’s limits still leaves Iran, thanks to the severity of those limits, far away from any ability to build a nuclear weapon. Iran’s moves are easily reversible efforts to build leverage to induce the United States to return to compliance with the agreement. But the moves are in the opposite direction from what the pressure campaign was supposed to accomplish.

Ross and Stroul make some other pertinent and valid observations: that sanctions are not enough, that “credible economic gains” must be offered in negotiations, and that the Trump administration has erred badly in isolating itself from European allies. But even after recording this litany of failures, the authors can’t seem to tear themselves away from the notion that in the end, the task is one of exerting pressure. They lament the estrangement from the Europeans not because of missed diplomatic opportunities but instead because pressure works best when the Europeans are exerting it as well. And they want military pressure to add to the economic pressure. A “credible threat of military force,” they say, while saying nothing about exactly what would be threatened, and over what. It was the United States, not Iran, that blatantly violated an international agreement, and Iran’s responses since than have clearly been in response to the U.S. violations and waging of economic warfare. On what grounds would the United States credibly threaten to wage military warfare as well?

If discouraging any Iranian thoughts about building a nuclear weapon is an objective—and it ostensibly was everyone’s main objective back when the JCPOA was first negotiated—then threatening military attack is the wrong way to go about it, given how deterrence against just such an attack would be the prime reason for any Iranian interest in building a bomb. Insofar as politically weakening the Iranian regime is an objective, military threats are counterproductive here as well, given the usual rally-round-the-flag effects. The INSS study has something to say about this as well: “It seems that the increasing chances of military confrontation between Iran and the US contribute to internal cohesion among a public that frequently shows a readiness to rally behind the regime against threats of military attack or challenges to Iran’s territorial integrity.”

What neither the Trump administration nor pressure advocates such as Ross and Stroul are prepared to acknowledge is that the way out of the current U.S.-Iranian impasse is return to compliance with the JCPOA or something very much like it. Perhaps the energetic and imaginative diplomacy of French President Emmanuel Macron can help to chart a path toward that end. But two major obstacles need to be overcome.

One consists of those who oppose any agreement with Iran on anything and, unlike some hardline think tank, are in a position to do something about it. This includes Trump’s national security advisor, John Bolton, whose policies on Iran reflect his not being far removed from his days as a generously paid shill for the Iranian cult known as the Mujahedin-e Khalq. Another is Benjamin Netanyahu’s right-wing Israeli government, which is willing to use military force to sabotage the diplomacy. Israel’s recent escalation of armed attacks across the Middle East is in large part designed to provoke Iranian retaliation that would make it politically difficult for either Trump or the Europeans to strike new deals with Tehran.

The other obstacle is the more traditional problem of how to get two sides in a bargaining relationship to come to terms when both are afraid of showing weakness through early concessions. The Iranians in particular—given how the history of this confrontation gives them good reason to believe they are the side in the right—have strong political and diplomatic incentives not to be seen as caving. Trump also doesn’t want to be seen backing down, but he clearly wants a deal and will want one more than ever as the U.S. election gets closer—especially if a failure to gain a trade agreement with China makes him even hungrier for something that he can describe as a foreign policy accomplishment. Perhaps the biggest element of flexibility in all this is Trump having no qualms about inaccurate descriptions, which in this case could mean describing a deal very similar to the JCPOA as something much different.