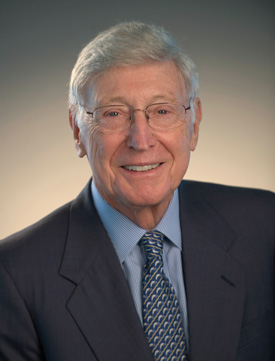 Bernard Marcus is the co-founder and former CEO of The Home Depot, a chain of home improvement stores. Since retiring from the company in 2002, the billionaire has devoted his energies to philanthropy—with much of his cash going to neoconservative groups—campaign fundraising, and right-wing political activism.

In addition to donating millions of dollars for autism and cancer research, various Jewish religious organizations, and public works projects in his home state of Georgia,[1] Marcus has also emerged as a major funder of numerous Republican and neoconservative organizations. According to tax filings, Marcus’ eponymous foundation has supported hawkish and neoconservative-linked groups like the American Enterprise Institute, Christians United for Israel, Friends of the IDF, the Hoover Institution, the Hudson Institute, the Israel Project, the Jewish Institute for National Security Affairs, the Manhattan Institute, and the Middle East Media Research Institute, as well as other conservative groups like Judicial Watch and the Philanthropy Roundtable.[2] He also sits on the board of directors for the Republican Jewish Coalition.[3] 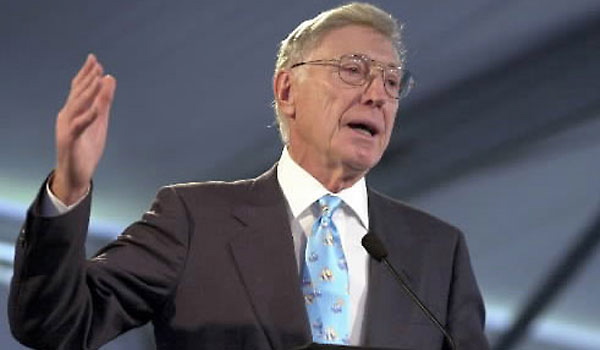 During the campaign, he wrote, “As a GOP donor who stood steadfastly behind Jeb Bush—and who has contributed to candidates for a generation—I urge all Republicans to stand up and be counted in support for Donald Trump.”[5]

Marcus also offered steadfast support for Steve Bannon, the Trump adviser who was frequently charged with anti-Semitism and other forms of bigotry. He said that “what is being done to Steve Bannon is a Shonda(the Yiddish word for ‘disgrace’ or ‘scandal’).”

The Anti-Defamation League’s CEO Jonathan Greenblatt charged that Bannon harbored anti-Semitic and white nationalist views that are “hostile to core American values.” But Marcus responded, saying Bannon was a “passionate Zionist and supporter of Israel” and that “he opened a Breitbart office in Israel to ensure that the true pro-Israel story would get out.”[6]

He has also called the nuclear deal with Iran “deadly, deadly treaty” that should have gotten a “full vote by the full Congress” and an “abrogation of the congress’s control.” It is not, in fact, a treaty, a point which was raised frequently by the deal’s critics.[7]

Marcus was one of the quickest and largest responders to Trump’s call for donations for the mid-term elections of 2018. According to one report, Marcus “contributed $7 million to pro-Trump Super PACs, $500,000 to the Congressional Leadership Fund (CLF), and $2 million the Senate Leadership Fund (SLF).” The CLF and SLF are fundraising arms for the Republican Party.[8]

According to one report, Marcus and fellow right wing mega-donor, Sheldon Adelson, “currently account for 56% of all donations to the CLF for the current cycle,” as of May 14, 2018.[9]

Marcus has been a particularly generous funder of the Foundation for Defense of Democracies (FDD), a neoconservative advocacy organization that has promoted war with Iran and Syria. He donated over half a million dollars to help the organization get off the ground in the early 2000s,[10] increasing his support dramatically later. A 2013 Salonarticle reported that Marcus was among a handful of Republican “heavyweight donors, fundraisers, and outspoken critics of the Obama White House’s foreign policy” that have provided the bulk of FDD’s funding.[11]

A July 2014 article in The Nationreported that Marcus was one of the primary funders of a small group of hawkish “pro-Israel” organizations in Washington pushing a hardline on Iran. Between 2008 and 2011, Marcus contributed $10.7 million to FDD, making him the largest funder of the organization during those years. He also gave $650,000 to the neoconservative American Enterprise Institute; $2.45 million to the American Israel Public Affairs Committee between 2007 and 2012; and an additional $2.1 million to FDD in 2012.[12]

Marcus is also an active promoter of U.S.-Israeli relations, donating liberally to the America-Israel Friendship League[13]—a nonprofit co-founded by the trailblazing neoconservative Sen. Henry “Scoop” Jackson—as well as serving on the boards of the American-Israel Chamber of Commerce[14] and the Israeli Democracy Institute, a Jerusalem-based think tank he helped found.[15]

In November 2014, Marcus was an attendee at a gathering of prominent Jewish American donors in New York City hosted by the far-right Zionist Organization of America. The event, an apparent attempt by Sen. Ted Cruz (R-TX) to court “pro-Israel” donors, featured a numerous hardline pro-Israel and Christian Right figures, including Alan Dershowitz, Christians United for Israel chairman John Hagee, Rep. Michelle Bachmann (R-MN), Republican mega-donor Sheldon Adelson, among others.[16] “A Chamberlain in the White House,” Marcus said about President Obama at the event, according to Haaretz.[17]

Marcus’ often couches his support for conservative politicians in pro-business, anti-labor terms. During the Obama-Romney presidential election, for example, Marcus told Fox News’ Sean Hannity that the reelection of Obama would sow “despair” among the U.S. business community. Business owners “are certain about one thing,” Marcus said, “that if [Obama]’s elected, taxes will go up. … They know that the regulations are going to be there. And there isn’t a firm out there that’s not going to be unionized. And if every firm is unionized, the free market is finished in the United States.”[18]That year, Marcus donated the maximum legal amount to the Mitt Romneycampaign and gave hundreds of thousands of dollars to other Republican campaigns and campaign committees.[19]

Marcus often speaks in apocalyptic terms when discussing big business. In 2009, on a call with business leaders and conservative activists organizing against the Employee Free Choice Act (EFCA)—a bill that would have made it easier to organize a union—Marcus warned, “This is the demise of a civilization. This is how a civilization disappears. I am sitting here as an elder statesman and I’m watching this happen and I don’t believe it.” Soliciting funds from people on the call to prevent the United States from “turning into France,” Marcus fumed that business leaders who hadn’t yet donated to anti-union Republicans should be “shot” and “thrown out of their goddamn jobs.”[20]

A few years later, as hundreds of “Occupy” protests challenged the corporate influence in politics, Marcus helped to organize the so-called “Job Creators Alliance,” a nonprofit group that, according to Buzz Flash, “aims to counter Occupy Wall Street-inspired talk about economic inequality, fair taxation, greed and Wall Street’s predilection for ripping off almost everyone, by blanketing the nation’s airwaves with messages about how wonderful the wealthy are.”[21]In an interview shortly after the launch of the group, Marcus referred to Occupy protesters as “imbeciles” and said that business leaders who don’t organize to oppose them “deserve what they’re going to get.”[22]

[9]Jim Lobe and Eli Clifton, “Is GOP Mideast Policy “Bought And Paid For” By Likudist Republican Group?” Lobelog, May 14, 2018, https://lobelog.com/is-gop-mideast-policy-bought-and-paid-for-by-likudist-republican-group/