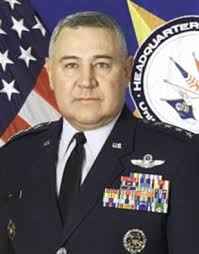 Charles “Chuck” Wald, a retired four star general with the U.S. Air Force, is a member of the board of directors of the Bipartisan Policy Center (BPC), a policy advocacy organization that has a reputation of supporting hawkish security and defense policies, particularly with respect to Iran.[1]

Wald was previously the deputy commander of U.S. European Command (USEEUCOM), in charge of U.S. forces in 91 countries across Europe, Africa, Russia, parts of Asia, the Middle East, and most of the Atlantic Ocean.[2] 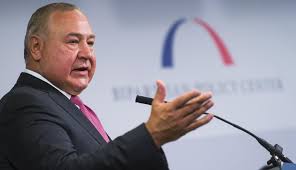 Wald also formerly co-chaired the now seemingly defunct Iran Task Force project of the BPC.[3] Most members of this task force, including Wald, later joined the hawkish Jewish Institute for National Security Affairs’ Gemunder Center Iran Task Force, a group that has recommended increasing “pressure” on the Tehran while negotiations are still on-going.[4] Wald is also a senior advisor to JINSA’s Gemunder Center for Defense and Strategy.[5]

Wald has been critical of the Obama administration’s diplomatic approach aimed at resolving the nuclear dispute with Iran. In an October 2014 op-ed written with Sen. Charles Robb and BPC director of foreign policy Blaise Misztal, Wald claimed: “With Iran, no deal is better than a bad deal. And in this case, a deal without Congress is a bad one.”[6] Many analysts have suggested that intervention in the talks by an increasingly hawkish Congress would scuttle the entire negotiating process.[7]

The Bipartisan Policy Center has also increasingly aligned itself with groups vehemently opposed to the Iran talks. In November 2014, BPC co-hosted an event with the neoconservative Foundation for Defense of Democracies (FDD) and Foreign Policy Initiative (FPI) ahead of the then looming deadline for negotiations between Iran and the P5+1. The event featured speakers such as FDD executive director Mark Dubowitz, Eric Edelman of FPI, Sen. Mark Kirk (R-IL), and Iran-hawk Ray Takeyh, all of whom pushed for greater congressional involvement in the negotiations.[8]

Wald has also called for a larger air campaign in Iraq and Syria against the Islamic State (IS or ISIS) group, including imposing a no-fly zone in Syria. “Degrading and containing the Islamic State will be a long a difficult mission, possibly requiring a no-fly zone in Syria for a decade or more,” he wrote in an October 2014 piece for Politico.[9]

Wald also contributed to two U.S. government-funded reports in 2007 and 2014 that found that “climate change poses a severe risk to national security and acts as a catalyst for global political conflict.”[10]

In a 2009 Wall Street Journal op-ed titled “There is a Military Option on Iran,” Wald argued that if U.S. pressure does not “impress” Iran, the United States should move to “blockade Iranian ports” and launch a military attack if necessary. “Such assumptions are false,” Wald said in response to arguments that the “the U.S. military is already overstretched, that we lack adequate intelligence about the location of covert nuclear sites, and that known sites are too heavily fortified.” He added: “The U.S. military is capable of launching a devastating attack on Iranian nuclear and military facilities.”[11]

Wald has suggested that the United States should support Israel should it decide to launch a military attack on Iran. "I don't think Israel can do it alone," Wald said at a 2009 panel discussion at the neoconservative Washington Institute for Near East Policy, an offshoot of the American Israel Public Affairs Committee. If "our great ally Israel" decided that it "can't take it anymore," Wald further said at the panel, the “pressure will mount for us to stand by Israel.”[12]

Wald chaired a March 2015 report by JINSA’s “Gaza assessment task force” that analyzed the Gaza War and offered recommendations for Israeli and American officials for similar future conflicts. Advisors to the study included neoconservative figures like Eliot Cohen. In line with right-wing Israeli government talking points, the report praised the Israel Defense Forces for implementing “a number of extraordinary and innovative methods to mitigate civilian risk” and blamed Hamas for “deliberately” seeking “to instigate civilian casualties in order to portray them, usually erroneously, as the result of unlawful attacks by their opponents.”[13]

Wald sharply rebuke a June 2015 UN report on the conflict which, according to the Israeli human rights organization B’Tselem, found “[Israeli Prime Minister Benjamin Netanyahu] and other top military and government officials in Israel responsible for the horrifying, massive harm caused to civilians in Gaza in Operation Protective Edge” and recommended “that the International Criminal Court in The Hague investigate possible breaches of the laws of war by Hamas and by Israel.”[14]

“The UNHRC report on the Gaza conflict is unbalanced and fails to accurately assess which parties violated the Law of Armed Conflict (LOAC),” Wald proclaimed in a June 2015 JINSA press release. “The task force study of this conflict found evidence that Hamas had violated LOAC by intentionally placing civilians in jeopardy to mask military initiatives.”[15]