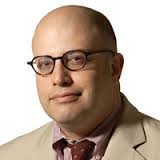 Eli Lake is a prominent journalist and columnist often described as a neoconservative and “pro-Israel” ideologue.[1]Lake has worked for a range of outlets, including Bloomberg View, The Daily Beast, Newsweek, The Washington Times, The New Republic, and the neoconservative New York Sun.

His writings focus on national security issues, particularly with respect to the Middle East, and he has a lengthy record of advocating aggressive U.S. foreign policies in the region. Among his key targets has been Iran. After President Donald Trump withdrew from the Iran nuclear deal, Lake couched his calls for regime change by claiming he supports the “Iranian people.” He tweeted, “Talking with Iran’s president or foreign minister is pointless. They report to the same geriatric fanatic that has been running Iran since 1988. Let’s help Iranians take their country back.”[2] 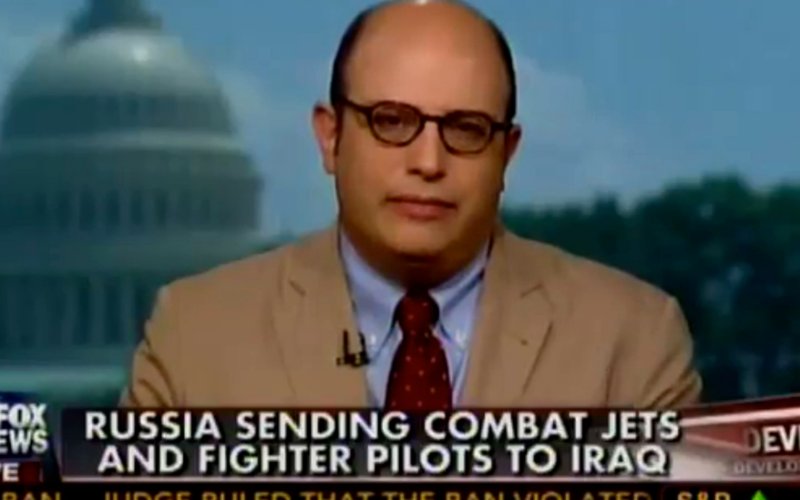 Lake has also been of “credulously planting dubious stories from sources with strong political agendas.”[3]

A frequent subject of Lake’s writings is U.S. policy on Iran. Generally hawkish in his critiques of U.S. engagement with Tehran, Lake nevertheless tends to be cautious in his policy prescriptions. For instance, Lake has argued that any negotiated agreement with Iran over its nuclear activities should be expanded to address broader issues beyond the country’s nuclear program, an argument that most observers agree is really intended to kill negotiations. “The package now being ironed out in Switzerland will not require Khamenei to release political prisoners, reform the constitution, empower the elected presidency or dismantle the security services that treat much dissent as treason. The White House acknowledged that it won’t even require Iran end its support for terrorism,” Lake wrote in a March 2015 Bloomberg Viewpost.[4]

Commenting on a spate of similar suggestions from other hawkish writers, Josh Marshall of Talking Points Memo wrote in April 2015: “In what can only taken as a tacit admission that the proposed restrictions on Iran’s program are quite strong, we are now hearing that the agreement needs to include restrictions on Iranian ballistic missile development, support for Hezbollah and Hamas, support for the Assad regime in Syria, support for terrorism and even more amorphously an end to destabilizing the Middle East. Perhaps most preposterously, Prime Minister Benjamin Netanyahu is demanding that Iranian recognition of Israel as a Jewish state. … Making such demands can only mean one of two things: either you don’t really believe an Iranian nuclear weapon is quite as dangerous as you claim or you really don’t want any agreement short of war.”[5]

After a nuclear agreement was reached between Iran and the P5+1 in July 2015, Lake went on the attack. “The agreement ironed out in Vienna is not a chapter in America’s long tradition of pursuing a safe, helpful and hopeful world,” he wrote in a column for Bloomberg View. “Rather, it’s an abandonment of traditional American leadership in the Middle East and in the areas of nonproliferation and terrorism.” He added that “it’s possible Obama’s Iran deal could be worth it. … But given the Iranian’s aggression during the negotiations when they had so much to lose, that seems unlikely.”[6]

In a separate article written after the deal was announced, Lake claimed that the final agreement represented a “retreat by the U.S. team” from the framework agreement reached with Iran in April 2015.[7]

In a March 2015 commentary, Lake criticized Iran’s foreign minister Javad Zarif, a Western educated diplomat widely regarded as a moderate within Iran’s establishment.[8]Citing Iran hawks like Ray Takeyh, Lake claimed that Zarif “has been downright brazen with his liberal interpretations of Iran’s history” and that his “contentions on his country’s nuclear program also strain credulity.”[9]

Former British diplomat Peter Jenkins criticized Lake’s article on Zarif as taking “many liberties with the truth.” Jenkins took issue in particular with Lake’s assertion that “[in 2003] Iran admitted to having hid a secret uranium enrichment facility in Natanz.” Jenkins rebutted: “In early 2003, Iran formally declared the Natanz facility to the International Atomic Energy Agency (IAEA). Iran was under no obligation to declare Natanz any earlier. The facility has since been subject to intrusive IAEA inspections. The IAEA has never accused Iran of originally intending the facility to be secret.”[10]

As Barack Obama’s time in office was winding down, Lake pressed his attack on the nuclear deal. Lake—working with his frequent partner, Josh Rogin—wrote a piece with the provocative title “Obama’s Middle East Balancing Act Tilts Toward Iran,” which journalist Derek Davison described as “a masterful job [of] dutifully reproducing the Saudi view of American policy in the region.” In the piece, Rogin and Lake wrote, “As the cold war between Iran and Saudi Arabia heats up, the Barack Obama administration is trying to straddle the fence and not take sides, but its actions tell a different story—they all seem to favor Tehran.”[11]

Obama’s policy had been much cooler toward the Saudis than that of his predecessors. Nevertheless, he attempted to manage simmering tensions between Iran and Saudi Arabia, something very much in line with decades of U.S. policy and consistent with Obama’s policy throughout his administration.

As Davison points out, this was Lake and Rogin parroting a Saudi and neoconservative view of the incident. Davison wrote, “Ultimately, Rogin and Lake aren’t really trying to describe an actual shift in U.S. policy so much as they’re taking the opportunity of the execution of Sheikh Nimr al-Nimr and its fallout to once more express their—er, I mean the Saudis’—displeasure with the nuclear deal.”

Lake was “an open and ardent promoter of the Iraq War and the various myths trotted out to justify it, contributing to the media drumbeat that helped the Bush Administration sell the war to the public and to Congress.”[12]Leading up to the 2003 U.S.-led invasion of Iraq, Lake reported extensively on Saddam Hussein’s alleged weapons mass destruction and ties to Al-Qaeda. According to Ken Silverstein, Lake’s reporting at the time relied in large part on the words of Ahmed Chalabi, an Iraqi dissident who has become widely discredited for the faulty intelligence he provided to justify the war.[13]

After the war and the subsequent failure to discover any weapons of mass destruction in Iraq, Lake contended that the weapons had been moved to Syria.[14]In the midst of growing criticism of the U.S. occupation of Iraq in 2005, Lake penned an article urging then Democratic Senator Joseph Liebermanto remain steadfast in his support of the war. “The stakes this time are much higher. As a Democrat you need to make the case again for our war in part because the White House has failed to do,” he wrote for The New York Sunin November 2005. “And this decision is compounded by their political and policy errors after the war and their failure to cultivate allies on the war from your side of the aisle.”[15]

In a December 2001 article for the National Review, Lake argued that with its invasion of Afghanistan completed, the United States should move on to take military action against Iraq, Yemen, and Somalia. “There are very good arguments why all three should be the next target,” he opined. “Iraq after all has been developing nuclear and biological weapons in underground wells and hospitals, according to Adnan Ihsan Saeed al-Haideri, a defector interviewed by the New York Times. One of the 9/11 hijackers, Mohammed Atta, met with Iraqi intelligence officers in Prague in April.”[16]

In 2017, Lake waded into a bubbling controversy over former national security adviser Susan Rice’s requests for the identities of anonymous people named in intelligence reports. Conspiracy theorists on the far right had used these requests to bolster claims by President Donald Trump that the Obama administration had wiretapped his offices.

Lake noted that Rice’s unmasking requests “does not vindicate Trump’s own tweets from March 4 in which he accused Obama of illegally tapping Trump Tower.” Lake did not claim that Rice’s actions were illegal, but he wrote that her actions “highlight a longstanding concern” about surveillance programs.

“[Rice’s] role in requesting the identities of Trump transition officials adds an important element to the dueling investigations surrounding the Trump White House since the president’s inauguration,” opined Lake.[17]

Lake’s piece was seized upon by right wing media as proof of Obama malfeasance. Think Progress reporter Kira Lerner wrote, “Within hours, headlines highlighting Rice’s involvement appeared across the conservative internet on sites including Breitbart News, the Daily Caller, the Washington Times, the Washington Examiner, the New York Post, and Gateway Pundit. … But according to national security experts, Rice’s actions are far from unprecedented.”[18]

Alex Kaplan at Media Matters for America noted that, “Lake conceded in his piece, however, that Rice’s requests were likely within the law.’ Legal and national security experts echoed that conclusion, saying Rice’s actions weren’t ‘odd or wrong,’ did not indicate ‘anything improper whatsoever,’ and were ‘within the scope of the job of a national security advisor like Rice.’ Lake’s caveats did not prevent him from going on both Sean Hannity’s radio and Fox News show, where the right-wing host described the story as ‘worse than Watergate.’”[19]

In 2009, Lake gained notoriety for his role stirring up opposition to the nomination of Chas Freeman, a veteran diplomat and former U.S. ambassador to Saudi Arabia, to be the chairman of the National Intelligence Council. Freeman ultimately withdrew his name from consideration and blamed the controversy over his nomination on the “Israel lobby.”[20]

Freeman said in press release announcing his withdrawal: “There is a special irony in having been accused of improper regard for the opinions of foreign governments and societies by a group so clearly intent on enforcing adherence to the policies of a foreign government & in this case, the government of Israel.” He added: “I do not believe the National Intelligence Council could function effectively while its chair was under constant attack by unscrupulous people with a passionate attachment to the views of a political faction in a foreign country.”[21]

The hardline “pro-Israel” National Reviewsaid at the time that Lake provided “the most substantive reporting on Freeman, his history, and his connections to the Chinese and Saudi regimes.” It added that Lake “deserves credit for being on top of this story.”[22]

Lake has also been accused of having ties with PR firms representing the government of the United Arab Emirates (UAE). In September 2014, The Interceptreported that the UAE had paid “millions of dollars to a U.S. lobbying firm—composed of former high-ranking Treasury officials from both parties—to plant anti-Qatar stories with American journalists.” The firm, Camstoll, was reported by The Interceptto have had “15 separate contacts” with Lake in the latter half of 2013, and to have spoken with him “multiple times” in the first half of 2014. In June of that year, Lake published a piece in The Daily Beastthat characterized Qatar as being allied with terrorists.[23]