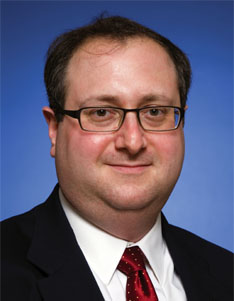 Frederick Kagan is a neoconservative pundit and analyst based the at the American Enterprise Institute (AEI), where he directs the "Critical Threats" project, a wide-ranging program "dedicated to tracking and analyzing key and emerging national security threats to the United States."[1]

Kagan is best known as a coauthor of the Bush administration's 2007 "troop surge" in Iraq, which closely followed an AEI blueprint prepared by Kagan and retired-general-turned-military-contractor Jack Keane. Kagan has advocated protracted U.S. counterinsurgency campaigns in other countries and has proposed sending tens of thousands of U.S. troops back to Iraq in the wake of the Obama administration's 2011 troop withdrawal. 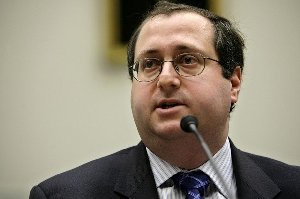 Alongside military histories of the Soviet Union and the Napoleonic era, Kagan is the author or editor of numerous books advocating a robust U.S. military posture, including 2010's Lessons for a Long War: How America Can Win on New Battlefieldsand 2008's Ground Truth: The Future of U.S. Land Power, both collaborations with AEI's Thomas Donnelly; Finding the Target: The Transformation of American Military Policy (2006); and While America Sleeps: Self-Delusion, Military Weakness, and the Threat to Peace Today, a 2000 collaboration with his father Donald Kagan.

Kagan promotes personnel-heavy military and resource-intensive counterinsurgency operations, in contrast to the high-tech, "light footprint" approach of former Secretary of Defense Donald Rumsfeld. He was a co-author of Rebuilding America's Defenses, a 2000 Project for the New American Century document that foreshadowed many of the defense policies pursued during the George W. Bush years.

Kagan comes from a well-established clan of neoconservatives. He is the brother of Robert Kagan, a cofounder of the Project for the New American Century; the son of Donald Kagan, a conservative classicist and staunch Cold War hawk; and the spouse of Kimberly Kagan, who heads up the Institute for the Study of War, a neoconservative think tank that studies military policy and strategy.

Military Intervention against the Islamic State

Kagan is a supporter of sending U.S. troops back to Iraq.

In 2014, as the Obama administration announced a campaign of airstrikes against Islamic State militants in Iraq and Syria, Kagan came out strongly in favor of escalating the conflict by sending U.S. ground troops, arguing for a strategy that “includes a real American commitment—including some forces on the ground and the vital military and political enablers that only America can provide.”[2]

In a September 2014 report for the Institute for the Study of War (ISW), Kagan—along with Kimberly Kagan and ISW research director Jessica Lewis—suggested that the United States should send as many as 25,000 ground troops to Iraq and Syria. “Two battalion-sized quick reaction forces (QRF) will need to be available at all times, one in Iraq and one in Syria,” the report says.

Their strategy “makes no mention of the immense political challenges that would have to be navigated in order to insert an American force into both Iraq and Syria. Nor does the report explain how American troops get there in the first place,” said Elias Groll of Foreign Policy. “One finds it hard not to feel immense pre-emptive pity for the 25,000 American soldiers that the Kagans could help send to Iraq and Syria.”[3]

Although the United States and Iran share an interest in rolling back the Islamic State, Kagan strongly opposed any kind of cooperation with Iran against the group. Kagan's position put him at odds with the Iraqi government, which had appealed to Iran for help. The U.S. government also reportedly discussed the issue with Iran on the margins of nuclear talks between the two countries.[4]

“U.S. forces must not coordinate with Iran on the ground in Iraq, even at the tactical level,” said Kagan’s ISW report. Working with Iran would be equivalent to “conceding Syria to the Iranian-backed Bashar al-Assad and accepting the emergence of an Iranian hegemony soon to be backed by nuclear weapons,” he wrote in an op-ed co-authored with neoconservative icon William Kristol in the Weekly Standard.[5] Kagan and Kristol’s reference to Iran soon having nuclear weapons stands in direct contradiction to numerous reports by Western intelligence agencies concluding that Iran does not currently have a nuclear weapons program.[6]

Kagan’s support for greater U.S involvement in Syria predated the rise of the Islamic State. In September 2013, Kagan advocated striking forces loyal to Syrian President Bashar al-Assad—not only because of Assad’s alleged use of chemical weapons, but also as a way to weaken Iran. “The United States has important national interests in weakening Iran’s most important ally in the Levant, ensuring that Lebanese Hezbollah’s first invasion of another country fails, and showing Iran that even the deployment of Revolutionary Guard training teams cannot save Tehran’s proxies,” he argued in a September 2013 op-ed in the Weekly Standard.[7]

Kagan has been a persistent critic of the diplomatic process between Iran and the P5 + 1 (the five members of the UN Security Council plus Germany) aimed at resolving the long-standing dispute over Iran’s nuclear program.

In January 2014, Kagan signed a letter along with 77 other neoconservative pundits, analysts, and former officials to congressional leaders urging them to pass the Nuclear Weapon Free Iran Act, which would threaten new sanctions on Iran while negotiations were underway. The Obama administration warned that the bill, if passed, would scuttle the nuclear talks, as the interim accord signed with Iran in November 2013 specifically forbade the imposition of additional sanctions on Iran during the negotiating process.[8]

During testimony before the U.S. Senate Committee on Foreign Relations in June 2014, Kagan argued for a more aggressive approach towards Iran, calling for a "strategy that combines continued sanctions with meaningful efforts to displace and disrupt Iran’s proxies and Iran’s strategies in the region.[9]

Kagan is a longtime advocate of a large U.S. military presence in Afghanistan.

"Withdrawal from Afghanistan, whether financial or military or both, will be a defeat for the U.S. and a victory for al Qaeda," he wrote in a January 2014 Wall Street Journal op-ed. "It really is that simple.”[10]

Kagan and his spouse have been close advisers to U.S. generals serving in Afghanistan. These relationships have drawn scrutiny, particularly the relationship they had with General David Petraeus. According to a December 2012 Washington Post investigation, the Kagans visited Afghanistan repeatedly throughout Petraeus’ tenure there, during which time they received extraordinary accommodations for civilian visitors—including near round-the-clock access to military and intelligence officials, top-level security clearance, and priority travel to anywhere in the country, as well as desks and military email accounts. In return, the Kagans advised Petraeus and penned supportive op-eds about the general and the war effort when they periodically returned home.[11]

Although the Kagans did not receive compensation from the U.S. military for their advisory work, the Post noted that they continued to receive paychecks from their respective think tanks while they were advising Petraeus, prompting official investigations.[12]

The Kagans’ high-level access in Afghanistan created considerable consternation among some military leaders. In one incident, the Kagans apparently insinuated to field commanders in eastern Afghanistan that Petraeus wanted them to direct their energies toward combating the Haqqani network, despite the fact that Petraeus had not yet issued any such order. “It created huge confusion,” said one. “Everyone knew the Kagans were close to Petraeus, so everyone assumed they were speaking for the boss.”[13]

Many officers were suspicious of the Kagans’ role. “Some officers questioned whether they funneled confidential information to Republican politicians—the Kagans said they did not. Others worried that the couple was serving as in-house spies for Petraeus,” it said. One colonel mused that “the situation was very, very weird. It’s not how you run a headquarters.”[14]

At a $10,000-a-head dinner for Kimberly Kagan’s Institute for the Study of War, Petraeus himself acknowledged his close relationship with the Kagans. “What the Kagans do is they grade my work on a daily basis,” he said to laughs from ISW donors. “There’s some suspicion that there’s a hand up my back, and it makes my lips talk, and it’s operated by one of the Doctors Kagan.”[15]

In 2009, Kagan and his wife were tagged to a serve on a controversial civilian “strategic assessment” team that was handpicked by Gen. Stanley McChrystal to provide advice on the course of the war in Afghanistan. Many critics pointed out, however, that the team was composed largely of people who agreed with McChrystal’s policies, and that it merely served as a way to build public support—in opposition to the policy preferences of the Barack Obama administration—for a “surge” in Afghanistan.[16] Other team members included Stephen Biddle of the Council on Foreign Relations, Anthony Cordesman of the Center for Strategic and International Studies, Andrew Exum of the Center for a New American Security (CNAS), and Jeremy Shapiro of the Brookings Institution.[17]

In 2006 and 2007, Kagan played a similar role promoting and shaping the Iraq “surge.” Kagan and retired Gen. Jack Keane led a team of analysts organized by AEI whose works led to the January 2007 publication of “Choosing Victory: A Plan for Success in Iraq,” a report that served as fodder for Gen. David Petraeus’ campaign to push for a military build up in Iraq despite growing public opposition to the war.[18]

The report argued that substantially increasing U.S. troop strength in Iraq was essential to avoid a defeat that could lead to “regional conflict, humanitarian catastrophe, and increased global terrorism.” Among the plan’s proposals: a “surge of seven Army brigades and Marine regiments to support clear-and-hold operations,” which would be aimed at securing “the Iraqi population and contain[ing] the rising violence”; lengthening the tours of ground troops and increasing deployments of National Guard forces; making a “dramatic increase in reconstruction aid for Iraq”; and mobilizing military industry “to provide replacement equipment” for troops.[19]

The AEI study group, called the Iraq Planning Group, was widely seen as aimed at countering the influence of the similarly named Iraq Study Group (ISG), an outside group of experts enlisted by the Bush administration in early 2006 to help resolve the growing problems with the Iraq war. The ISG, which was co-chaired by the realist-inclined former Secretary of State James Baker and former Rep. Lee Hamilton (D-IN), concluded in a long-awaited final report released in December 2006 that there was “no magic bullet” that could solve the debacle in Iraq. It argued that the United States needed to approach Iraq’s neighbors, including Syria and Iran, as part of a “diplomatic offensive” aimed at easing tension in the region. And although it called for a short-term increase in the number of U.S. soldiers in Iraq, the increase would be largely devoted to training Iraqi soldiers, with the goal of bringing U.S. troops home by early 2008.[20]

[2] Frederick and Kimberly Kagan, “In fight against ISIS, the US must lead, and not rely on allies,” The New York Times, September 15, 2014, http://www.nytimes.com/roomfordebate/2014/09/15/does-the-us-have-allies-it-needs-to-fight-isis/in-fight-against-isis-the-us-must-lead-and-not-rely-on-allies.

Justin Sink, “Iran: US planning a war 'to dominate the region',” The Hill, September 15, 2014, http://thehill.com/policy/international/217692-state-department-us-talking-with-iran-about-isis.

[7] Frederick Kagan, “What to do about Syria: Vital US interests are at stake,” The Weekly Standard, September 6, 2013, http://www.aei.org/article/foreign-and-defense-policy/regional/middle-east-and-north-africa/what-to-do-about-syria-vital-us-interests-are-at-stake/.

[9] Frederick Kagan statement before the U.S. Senator Committee on Foreign Relations, “The Regional Implications of an Iranian Nuclear Deal,” US Senate, June 12, 2014 , http://www.foreign.senate.gov/imo/media/doc/Kagan_Testimony.pdf.