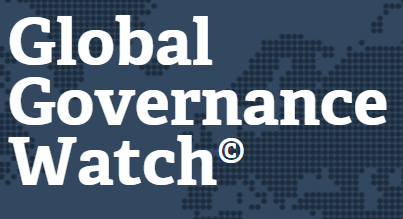 According to René Urueña, GGW is typical of political factions that use the term “global governance” in a “pejorative fashion,” connoting a “general feeling of lost control over new sources of power, often located beyond nation-states.”[3]