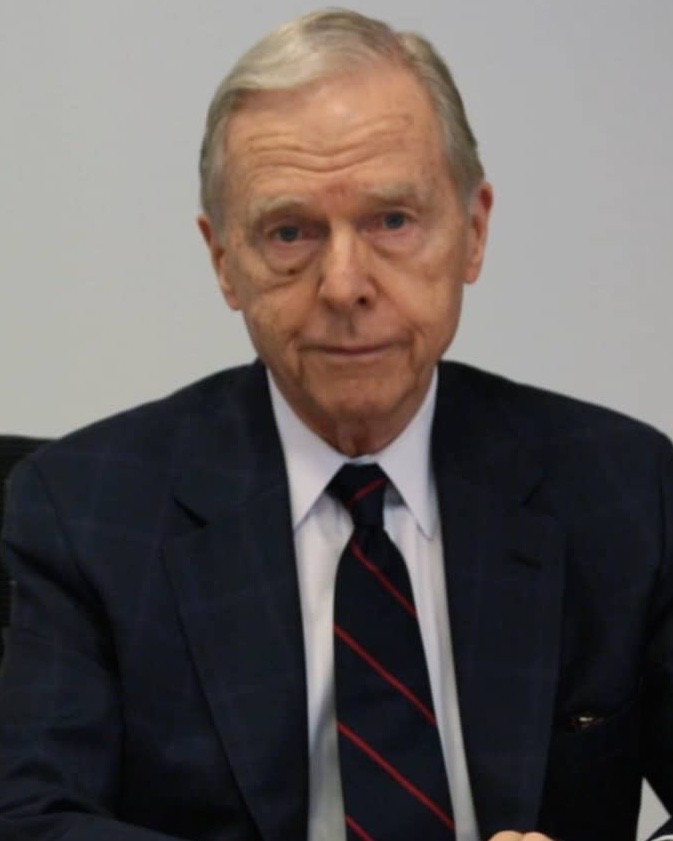 Pete Wilson, the former governor of California and a visiting fellow at the Hoover Institution, has been an important Republican Party figure for more than three decades, having also served as a U.S. senator, the mayor of San Diego, and a California state representative. Best known for his eight-year tenure as governor of California (1991-1999), during which he pushed for hardline immigration reforms such as Proposition 187, Wilson has remained politically active since leaving public office. In addition to his post at Hoover, Wilson has served as an adviser to the hardline neoconservative advocacy group the Center for Security Policy and as an honorary chair of the 2012 Mitt Romney presidential campaign.

Wilson has also served in various official capacities for Republican administrations. He served on two advisory boards during the George W. Bush presidency, including the Pentagon’s Defense Policy Board (DPB), an advisory group that provides policy advice to the Defense Department and which was chaired by Richard Perle at the time of Wilson’s appointment. He also served on President Bush’s Foreign Intelligence Advisory Board.[1] 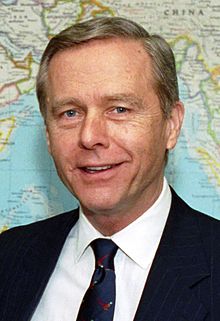 Wilson has been a strident supporter of the national security policies of Republican administrations since his time in the U.S. Senate (1983-1991), during which he served on the Armed Services Committee. While his fiscal conservatism in the Senate earned him the label “watchdog of the Treasury,” he was also a staunch advocate for the early implementation of Reagan’s Strategic Defense Initiative, later known as Star Wars, which in some ways was a precursor to U.S. plans for a national missile defense.[2]

Pete Wilson’s most enduring legacies have been the extremely restrictive policies on immigration that he pursued as governor of California. However, Wilson’s immigration views have largely focused on Latino immigration and have not been characterized by the same Islamophobic fervor of other right-wing foreign policy commentators. In 2014, for instance, he defended a local Republican political candidate in California who was attacked by his opponent because of his Muslim faith.[3]

In the run-up to his second term as governor, Wilson championed Proposition 187, which would have denied undocumented immigrants access to public education and social services if courts hadn’t overturned the voter-approved law. Despite the backlash from California’s Latino voters, anti-immigration politics became the keystone of Wilson’s ill-fated 1996 presidential campaign.[4] Wilson’s positions bolstered the anti-immigrant movement but cost the governor politically. As co-chair of Arnold Schwarzenegger’s gubernatorial campaign, Wilson was widely perceived as a threat to Schwarzenegger’s moderate image. The Los Angeles Times reported, “many Latinos are wary of Schwarzenegger’s ties to the governor who pushed what some saw as a racist proposition.”[5]

While the Republican Party under President Bush and his advisor Karl Rove sought to court the Hispanic voters, Wilson remained unrepentant about his position on immigration and openly critical of legislators concerned about being labelled racist. “I think a great many Republicans have been intimidated, and I, frankly, am quite disappointed,” Wilson said in a 2006 speech at the Hudson Institute.[6] Wilson takes a nativist view, arguing that illegal immigration threatens U.S. security and culture. He is a strong proponent of building a fence along the U.S.-Mexico border.[7]

Despite his considerable differences with John McCain on immigration issues—McCain, like Bush, has supported a path to citizenship for some unauthorized workers—Wilson nonetheless endorsed McCain for the 2008 presidential race after the candidate he first endorsed, Rudy Giuliani, lost the Republican primary.[8]

During the 2016 Republican presidential primaries, Wilson made headlines again as journalists compared his positions on immigration to those of 2016 Republican presidential candidate Donald Trump. A July 2015 article in the Los Angeles Times noted that Wilson’s “short term gain” with Proposition 187 “was soon outweighed by a devastating Latino backlash that turned California into a Democratic stronghold.”[9]

The piece added: “So there was a flashback quality to Republican presidential candidate Donald Trump’s hour-long denunciation of illegal immigration at a campaign stop Friday in Beverly Hills.”[10]

Wilson began to receive pubic attention for his foreign policy views during the presidency of Bill Clinton. He criticized the Clinton administration for not moving fast enough to build a missile defense shield, which became a priority for the George W. Bush administration. According to the San Diego Union Tribune, Wilson said that missiles would be “the most certain form of delivery of weapons of mass destruction” and therefore needed to be defended against. He also criticized the decades-old assassination ban that was put in place by President Gerald Ford, following a congressional hearing on the issue led by then-Foreign Affairs Committee Chairman Sen. Frank Church (D-ID). “The Church committee, Wilson said, ‘undertook to sanitize American intelligence activity.’ Wilson said this signaled terrorists that ‘our first concern is not to dirty our hands,’ when the signal should be that the United States will ‘effectively retaliate against them and crush them.'”[11]

Soon after September 11, 2001, Wilson was appointed to the President’s Foreign Intelligence Advisory Board, a group that advises the president on the quality and role of the country’s intelligence. With his appointment Wilson joined a long list of Bush political supporters and family friends including Chairman Brent Scowcroft; Robert Addison Day, a Bush fund-raiser and chairman of the money management firm TWC Group; Ray Lee Hunt, of the Texas Hunt Oil fortune; Alfred Lerner, chief executive of MBNA who with his wife donated $500,000 to the GOP; James Calhoun Langdon Jr., a Texas lawyer and another Bush fund-raiser; and David Jeremiah, a retired admiral who served on the DPB, the Jewish Institute of National Security Affairs board, and as consultant to several defense contractors.[12]

Wilson was appointed to a second Bush administration advisory board in 2001, the Pentagon’s Defense Policy Board. Wilson was among several members of the Stanford University-based Hoover Institution who joined the 28-member DPB after Richard Perle was appointed chair in early 2001. Defending the position that the United States should if necessary act alone in places like Iraq, Wilson in 2002 told the San Francisco Chronicle, “The most foolish thing in the world would be to give up some kind of strategic or tactical advantage to secure the nominal contribution of partners who won’t contribute much and who seem, almost ironically, to have an unlimited capacity for temporizing.”[13]