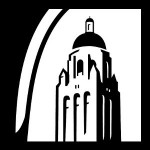 Founded in 1919 by Herbert Hoover, the Stanford University-based Hoover Institution is one of the oldest research institutes in the United States. Funded largely by right-wing foundations and corporate donors, Hoover has been a mainstay of the Republican Party for decades, serving as a virtual revolving door for high-level GOP figures and appartchiks, including many who served in the George W. Bush administration. Case in point was the September 2007 announcement that the institution would hire Donald Rumsfeld as a visiting scholar; the former secretary of defense was widely excoriated for his oversight of the Iraq War and left the administration shortly into Bush's second term.[1] Condoleezza Rice, a Hoover fellow who served as National Security Advisor and later Secretary of State in the George W. Bush administration, rejoined the institute following Barack Obama’s inauguration as president.[2]

Additionally, Hoover serves as a perch for various writers and ideologues whose views veer sharply toward the neoconservative right on foreign affairs. Senior fellows Fouad Ajami and Victor Davis Hanson have been vocal critics of the Obama administration’s foreign policy, particularly in the Middle East. Ajami, a fervent Iraq War backer and former adviser to the Bush administration, has accused the Obama administration of giving the Syrian regime of Bashar al-Assad “a diplomatic lifeline,” and leaving embattled protesters there “waiting for Godot.”[3] Ajami has also partially credited the Iraq war with spurring subsequent democratic revolutions in the Arab world, telling an interviewer, “there is absolutely a direct connection between what happened in Iraq in 2003 and what's happening today throughout the rest of the Arab world.”[4]

Hanson, a controversial classicist and historian, has warned against underestimating the “schizophrenia” of the Iranian regime, paying homage to the right-wing axiom that “irrational” regimes must be dealt with by force. Declaring that “the saber rattling of lunatic regimes should be taken seriously,” Hanson has written that “the Obama administration’s exit from Iraq, its current negotiations with the Taliban, and its failed serial efforts at reset diplomacy with Tehran” could be seen by Tehran as “a sort of weakness that might presage a tepid U.S. response” to Iranian provocation in the Persian Gulf—essentially advocating a more hawkish U.S. foreign policy across the board as an implement of U.S. policy toward Iran.[5]

Hanson has also used the issue of proposed U.S. military spending cuts as an opportunity to launch a generic Republican critique of Obama’s supposedly “non-exceptionalist” foreign policy worldview. “Fairly or not,” he wrote, “the cuts will only cement a now familiar stereotype of Obama's desire to retrench on the world scene. They follow symbolic apologies for purported past American sins, bowing to foreign royals, and outreach to the likes of Iran and Syria. Abroad, such perceptions can matter as much as reality, as our rivals begin hoping that Obama is as dubious about America's historically exceptional world role as are they.”[6]

On foreign policy issues more generally, Hoover includes a mix of traditional realists and neoconservatives, but its fellows tend to be united around the goal of an aggressive U.S. foreign policy and have been a driving force behind military action in Latin America and the Middle East. During the lead up to the 2003 U.S. invasion of Iraq, eight Hoover fellows (including Becker, Gingrich, Allen, Pete Wilson, and Martin Anderson) sat on the Defense Policy Board, the Defense Department think tank which at the time was chaired by Richard Perle.[7] In addition to policymakers like Shultz, Rice, and Rumsfeld, Hoover fellows have also included generally hawkish intellectuals like historian Niall Ferguson, international relations scholar Charles Hill, and historian Robert Conquest.[8]

Hoover became an ideas factory for George W. Bush before he was even elected president. In the summer of 1999, Bush, then the governor of Texas and in the early stages of his presidential campaign, paid his first visit to California as a candidate. At the time, Bush's campaign was at pains to portray him as a moderate, "compassionate" conservative who would soften the hard edges of Republican economic and social policy. Observers who looked beyond the rhetoric and assessed the campaigns advisers, however, realized that Bush was not the post-ideological moderate he appeared to be. The Christian Science Monitor noted that one of the biggest tipoffs was Bush's close association with the Hoover Institution, which had already "emerged as the early core of Mr. Bush's brain trust."[9]

The Monitor reported that there were "many interesting aspects of this relationship, not least of which is the juxtaposition of the think tank's staunchly conservative heritage and the candidate's moderate political persona. But whatever the attraction, the relationship has blossomed fully, with no end in sight."[10]

On economic issues, the think tank has served as a home to some of the most important right-wing economists of recent years, including the late Milton Friedman, Nobel Prize-winner Gary Becker, Nixon and Reagan adviser Martin Anderson, and libertarian writer Thomas Sowell. W. Glenn Campbell, Hoover's influential former director, was a free-market economist, as is its current director, John Raisian.

Hoover fellows have also been influential for their right-wing stances on environmental issues. Fellow Thomas Gale Moore is a leading climate change skeptic, having authored the 1998 book Climate of Fear: Why We Shouldn't Worry About Global Warming. Fellow Bruce Berkowitz is the author of the 2001 Hoover Digest article "The Pseudoscience of Global Warming." And Gale Norton, who as George W. Bush's first secretary of the interior took a notably laissez-faire attitude toward environmental issues, is also a Hoover alum. Norton, a lawyer and lobbyist with ties to the energy industry, was a fellow from 1984-1985.[11]

Although Hoover is best known for its right-wing stances on economics and foreign policy, it also hosts a number of well-known social conservatives. One of the most prominent is Dinesh D'Souza, who was been harshly criticized by liberals and conservatives alike for his 2007 book The Enemy At Home: The Cultural Left and Its Responsibility for 9/11, which blames U.S. social liberals for causing Muslim radical anger. Another prominent socially conservative fellow is Mary Eberstadt, author of anti-feminist tracts like Home-Alone America (2004), which blames the rise of working motherhood for all manner of social ills.[12]

In addition to subsidizing the research of its many fellows, Hoover also serves as an idea factory through the publication of two journals: Hoover Digest, a quarterly journal edited by former Reagan speechwriter Peter Robinson, and Policy Review, a well-known right-wing journal of ideas edited by Hoover fellow Tod Lindberg that was long associated with the Heritage Foundation but was acquired by Hoover in 2001.

The Hoover Institution's wide-ranging political influence over the last few decades is in contrast to its relatively humble origins. When it was founded in 1919 by future president Herbert Hoover, it served mainly as a collection of scholarly documents related to World War I. By the 1940s, the institution had begun recruiting scholars to use the documents. It only began to assume its present form in the late 1950s. In 1959, Herbert Hoover gave the institution the mission statement that it has kept to this day.

Although Hoover is hosted and partially funded by Stanford University, its right-wing politics have led to a fair amount of strife with the broader university community. The Nation reported that "during the Reagan presidency, close links between the administration and Hoover prompted Stanford faculty to draft a petition demanding investigation into the relationship between the university and the think tank. … Faculty also battled the planned construction of the Hoover-backed Ronald Reagan Presidential Library and the Reagan Center for Public Policy on campus. In 1985 Stanford's trustees, led by chairman Warren Christopher, agreed that the library and a small museum could be built in the foothills overlooking campus but that the Hoover-run policy center would have to go elsewhere."[13]

In 2003, a group of students drafted a petition alleging that the Hoover Institution's mission statement was improperly politically motivated and calling on the institution to reform the mission statement or lose its university funding.[14] And in April 2006, a group of more than 1,000 protestors forced a meeting between Bush and Hoover fellows to be moved to the home of fellow and former secretary of defense George Shultz.[15]

Although Stanford donates about $1 million to Hoover's library and archive annually, the bulk of the institution's funding comes from returns on its endowment and from individual, corporate, and foundational donations. Conservative philanthropic foundations have contributed enormous amounts of money to Hoover in recent decades—nearly $24 million from 1985 to 2005, according to MediaTransparency.org. Donors who have given more than $1 million to Hoover include such right-wing stalwarts as the Sarah Scaife Foundation, the Lynne and Harry Bradley Foundation, the John M. Olin Foundation, the Shelby Cullom Davis Foundation, the Smith Richardson Foundation, and the Walton Family Foundation.[16] Richard Mellon Scaife of the Scaife Foundations and Shelby M.C. Davis of the Davis Foundation also sit on Hoover's Board of Overseers.

Corporations have also been quite generous in their donations to Hoover. ExxonMobil has been a notable contributor, giving $295,000 to the institution between 1998 and 2005.[17] Hoover-based climate changed skeptics like Moore and Berkowitz have been helpful to ExxonMobil and the rest of the energy industry. And the major conservative foundations, many of which were founded by captains of industry aiming to promote free enterprise and keep their fortunes out of government hands, have funded Hoover fellows such as Friedman who were responsible for increasing the influence of free-market economics. One source calls Hoover "one of four leading policy institutions that pulled the nation's economic policy to the right in the early 1980s."[18]