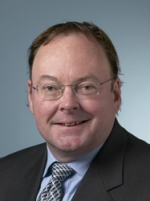 Tod Lindberg is a fellow at the Hoover Institution based at Stanford University who has supported a number of advocacy campaigns spear-headed by neoconservative groups, including the Project for the New American Century (PNAC) and the Foreign Policy Initiative (FPI).[1]

Lindberg’s Hoover bio states: “Tod Lindberg is a research fellow at the Hoover Institution and editor of Policy Review. His areas of research interest are political theory, international relations, national security policy, and American politics. He is author of The Political Teachings of Jesus (HarperCollins, 2007), a philosophical analysis of Jesus’ Gospel statements about worldly affairs. He is editor of Beyond Paradise and Power: Europe, America, and the Future of a Troubled Partnership (Routledge, 2004). He is coauthor of Means to an End: U.S. Interest in the International Criminal Court (Brookings Press, 2009) and coeditor of Bridging the Foreign Policy Divide (Routledge, 2007). Lindberg is a member of the Hoover Institution's Task Force on the Virtues of a Free Society and coeditor of the book series Hoover Studies in Politics, Economics, and Society.”[2]

Observers noted many similarities between this letter and those authored by earlier neocon groups like the Project for the New American Century. Wrote Jim Lobe of the Inter Press Service: “The appeal, which came in the form of a letter signed by 40 policy analysts—including more than a dozen former senior officials who served under President George W. Bush—was organized and released by the Foreign Policy Initiative, a two-year-old neoconservative group that is widely seen as the successor to the more-famous—or infamous—Project for the New American Century. … [During the 1990s] neoconservatives, often operating under the auspices of a so-called ‘letterhead organization,’ such as PNAC, worked—often with the help of some liberal internationalists eager to establish a right of humanitarian intervention—to press President Bill Clinton to take military action against adversaries in the Balkans—in Bosnia and then Kosovo—as well as Iraq. Within days of 9/11, for example, PNAC issued a letter signed by 41 prominent individuals—almost all neoconservatives, including 10 of the Libya letter's signers—that called for military action to ‘remove Saddam Hussein from power in Iraq,’ as well as retaliation against Iran and Syria if they did not immediately end their support for Hezbollah in Lebanon. PNAC and its associates subsequently worked closely with neoconservatives inside the Bush administration, including Abrams, Wolfowitz, and Edelman, to achieve those aims.”[3]

According to his Hoover bio, Lindberg studied politics at the College of the University of Chicago under Allan Bloom and Saul Bellow. The controversial political philosopher Leo Strauss influenced both Bloom and Bellow, as well as neoconservative luminaries like Irving Kristol.[5] Lindberg’s journal Policy Review has published a number of articles on Strauss, including the April 2003 article by Steven Lenzner titled “Leo Strauss and the Conservatives,” which discussed the relationship between Strauss’s thinking and conservatism, particularly on the work of conservative writer Willmoore Kendall. In one passage, Lenzner highlighted Strauss’s efforts to combat conservative criticism of Israel:

“Strauss is well known for being ‘in the odor of conservatism,’ as he once put it, but his relation to the right is much misunderstood. Since Kendall was the only member of the American ‘conservative movement’ with whom Strauss was closely associated (his students excepted), the publication of their correspondence affords a convenient opportunity to address Strauss’s ambivalent alliance with the American right. In fact, the Strauss-Kendall correspondence is the immediate source of the first of the two thematic statements Strauss published concerning the meaning of conservatism. Strauss provided the statement in a very formal 1956 letter to Kendall, a National Review senior associate, objecting to the journal’s antipathy towards Israel. … Strauss there takes National Review to task for failing to live up to the principles of conservatism insofar as its ‘authors who touch upon the subject are so unqualifiedly opposed to Israel.’”[6]

Lindberg is a long-standing contributor to two key neoconservative journals, the Weekly Standard and Commentary. In a Standard article written shortly after the 9/11 attacks, Lindberg opined that the emergence of heroes after the terrorist attacks helped the country overcome its sense of victimhood. He wrote:

“There was a time when an American flag on a hard hat—think of the 1970 Peter Boyle movie "Joe"—was a cultural symbol of racism and oppression, the benighted exclusion of others from a common identity as a people. Those days are over. The flag on a hard hat today, or a police officer's or firefighter's uniform, is more likely to be taken as a mark of heroism. … [T]he vision of a genuinely democratic sort of hero became clear September 11 and after. This kind of heroism has been with us since the nation's beginnings, but it is perhaps easier to see given the volume of it to which we have lately been exposed. … The heroic aspect of the act is the assertion by deed that one does not value one's own life more highly than that of any other. These are the police and firefighters rushing to the scene, the hard hats searching for signs of life in treacherous debris, the passengers bringing the plane down now rather than clinging in hope and terror to a few more minutes of life at the cost of the lives of others. And, of course, this quality stands as a corrective to the perspective of both victim and unvictim. Because this quality, finally, is the purest expression of the ties that bind this nation and its people—the sphere of a common public enterprise, not just an agglomeration of individual interests in pursuit of self-actualization. We may be fighting for, among other things, the right to pursue happiness. But while happiness is private and individual, right is a public matter. Sometimes a nation has to come together and fight. And while we are not all cut out for heroism, we know it when we see it, and nowadays, it is wearing red, white, and blue.”[7]

Lindberg has written for a number of other journals, including the neoconservative-influenced Democratic Leadership Council’s Blueprint. In a May 2002 article titled “In Search of Greatness,” Lindberg extolled Sen. John McCain, in whom Lindberg apparently saw the potential for a new Teddy Roosevelt-style leader. In discussing McCain’s virtues, Lindberg highlighted his get-tough stance on foreign policy, writing: “McCain … pressed a vision of a more robust U.S. global engagement, faulting not only the Clinton administration for irresolution and fecklessness, but also the mainline GOP for a pinched and narrow view of what the United States could or should do abroad. In 2000, McCain was talking about ‘rogue state rollback.’ And he distanced himself from GOP realpolitik by saying he was open to U.S. intervention for humanitarian purposes, not quite vowing ‘no more Rwandas,’ but coming close.”[8]

Lindberg returned to the issue of McCain in a December 2010 article for the Weekly Standard, in which he provided a hypothetical midterm report on a McCain presidency.[9] He wrote: “My line during the campaign as a foreign policy adviser to John McCain was that I didn’t really have anything to do, since my candidate, unlike every other candidate in the race from both parties, didn’t need any advice on foreign policy. It’s clear that winning in Iraq and Afghanistan would have been top priority for President McCain. We would have been spared the spectacle of conspicuous deliberation President Obama put on. In its place would have come a show of resolve, which the McCain administration would have regarded as useful to the war effort. The Afghanistan surge would have been unencumbered by the announcement of a proposed withdrawal schedule. The Obama administration has done a good job of keeping NATO and other allies in the fight. McCain has lengthy personal experience with NATO and European security matters, however, and though European disappointment over Obama’s loss would have been acute, respect for McCain and for his commitment to both the war effort and NATO would have made a similar outcome achievable.”[10]

On Iran, Lindberg opined: “President McCain would have spoken out early and forcefully in support of the Green movement in Iran and its peaceful protests against the fraudulent June 2009 presidential election. And he would have denounced the Iranian government’s violent crackdown in no uncertain terms, unencumbered by illusions that he would be jeopardizing a deal with Tehran to end Iran’s nuclear weapons program. Stopping that program would almost certainly have been McCain’s top priority apart from the wars. He has said repeatedly that the only thing worse than military action against Iran would be an Iran with nuclear weapons. He always sounds like he means it. The mullahs have been unresponsive to Obama’s outreach. I doubt they would have been more responsive to McCain’s stridency. Obama’s sanctions are beginning to bite, as would McCain’s, but if the regime doesn’t change course, a military strike on Iran’s nuclear facilities would seem to be inevitable. Of course, in late summer 2010, Washington was abuzz with rumors of an imminent Israeli strike—without U.S. participation (or, more plausibly, with covert U.S. support). A McCain administration would likely have concluded more emphatically that a nuclear-armed Iran is a threat to vital U.S. interests and would accordingly be less inclined to let Israel bear the entire burden of military action. As for the aftermath, one should probably assume the worst under either Obama or McCain. Would the mullahs be more restrained in targeting U.S. interests because Israel carried out the strike without overt U.S. participation? Unlikely. In the better-case scenarios, say revolutionary conditions in Iran, McCain would provide moral and material support to the Green movement. I find it hard to believe that the Obama administration would still be offering engagement as a lifeline for the regime after an Israeli (or an American) strike, but the more I think about it, the less sure I am.”[11]

On Israel, Lindberg claimed: “The Obama administration has taken a tough line with Israel, and especially with Prime Minister Benjamin Netanyahu, for whom there is very little sympathy to be found anywhere in the Democratic Party. Where most Obama critics have detected only ham-handedness and an anti-Israel bias, I would allow room for the possibility of cunning: Losing sleep every night thinking about Iran and knowing that the United States would have to protect Israel (diplomatically and otherwise) following a military move, the Obama administration may have wanted to make a show of testy relations with Israel beforehand in order not to be seen as working hand-in-glove. It also seems that more security dialogue about Iran has been going on between Israel and its Sunni Arab neighbors than we have been briefed on, and this seems likely to have involved U.S. facilitation. A McCain administration would have been very different in terms of atmospherics and substance. Call it the Elliott Abrams policy: Keep Israel close, because Israelis are most likely to moderate their own expectations when they feel more rather than less secure. Meanwhile, seek to buttress the ability of Abu Mazen and the PA to deliver tangible benefits to West Bank Palestinians. And don’t expect too much.”[12]

[1]For more on Lindberg, see his personal website, http://todlindberg.net/.