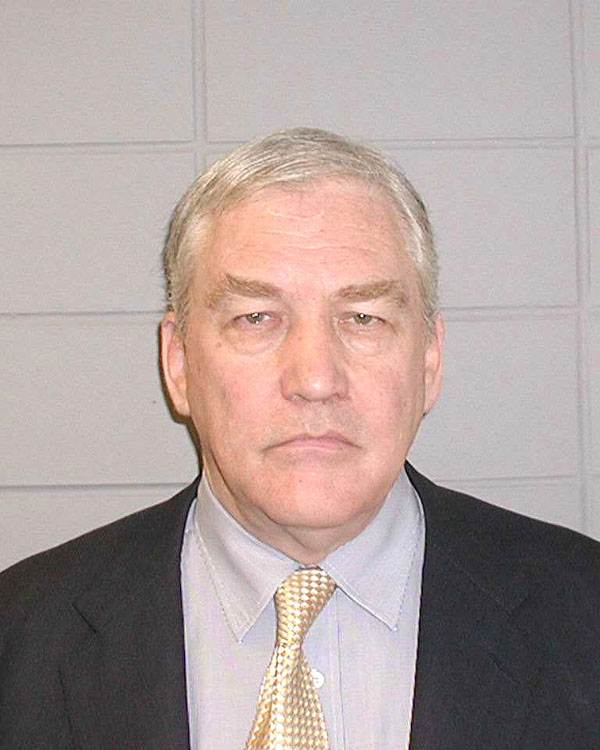 Conrad Black is a former media mogul closely connected to rightist political factions in the United States who was convicted in July 2007 for defrauding shareholders of his Hollinger International newspaper empire out of millions of dollars and obstruction of justice. After serving just over two years of a six and a half year sentence, Black was provisionally released from prison in July 2010, shortly after the U.S. Supreme Court limited the effect of a federal fraud law that had been used to prosecute corruption cases against business executives like Black and Jeffrey Skilling, the former CEO of Enron Corporation.[1]

In May 2019, President Donald Trump gave Black a full pardon. In 2018, Black published an obsequious book about Trump titled Donald J. Trump: A President Like No Other. According to Black, Trump personally called to inform him of the pardon, addressing him as “the great Lord Black” and saying that he was pardoning him to expunge “the bad rap” he got. 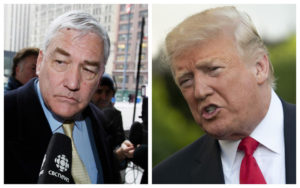 Black, a Canadian-born member of the British House of Lords who counted among his associates many high-profile neoconservatives like Richard Perle, was initially charged in 2005. When his trial started in Chicago in March 2007, the original federal charges brought against Black included racketeering, mail and tax fraud, money laundering, and obstruction of justice. U.S. prosecutors alleged that Black cheated stockholders out of some $80 million in assets, largely through the inappropriate sales of company holdings.[2] The estimated loss to Hollinger shareholders was eventually reduced to $6 million.[3]

After his conviction in July 2007 on charges of defrauding shareholders and obstruction of justice, the New York Times reported, “The verdict represents a remarkable turn in fortune for Mr. Black, the son of a wealthy Canadian businessman and society fixture who once commanded a far-flung media empire that included the Daily Telegraph in London, the Jerusalem Post, and the Chicago Sun-Times, as well as scores of other papers in the United States, Canada, and Australia.”[4]

Before the trial got under way, Black all but shrugged off the charges. Portraying himself as “an underdog in the crosshairs of the U.S. government, the most powerful institution in the world,” Black wrote in a letter to a friend, “I have never had the slightest doubt of the outcome of a fair trial, knowing that the judgment of the legality of my actions will lie in the hands of 12 American citizens, in one of that country’s greatest cities.” He added, “After all that has happened in the past four years, and no longer having much to do with the media, we will be ready for a quieter life. Being falsely accused may be character-building, but it is not much fun.”[5]

At one time, the Chicago-based Hollinger International, of which Black was founder and CEO, ranked as one of the world’s largest media empires, owning hundreds of newspapers and magazines. But in 2002, Black and others were accused by shareholders of illegally profiting in a massive sell-off of Hollinger newspapers. Black brushed off the allegations, writing to the company’s investor relations officer, “Two years from now, no one will remember any of this.” Commented journalist Colin Campbell, “That statement, outlined in evidence prosecutors plan to present when Black goes on trial … surely falls into that unfortunate category of famous last words.”[6]

On November 18, 2005, Patrick Fitzgerald, the Chicago-based federal prosecutor who led the successful perjury investigation into former Bush administration official I. Lewis Libby, issued arrest warrants for Black and several other Hollinger executives on a series of fraud charges involving more than $2 billion. Fitzgerald accused Black additionally of abusing corporate benefits. Said Fitzgerald, “All in all, what has happened here has been the grossest abuse by officers or directors and insiders. … By lining their pockets they went about a course of conduct where they … never told the audit committee of the board of directors, or through them the shareholders, what was going on and how they were self-dealing and taking money from the shareholders for themselves.”[7]

Black’s downfall began years before the federal investigation, in November 2003, when Hollinger’s board ousted him as CEO after an investigation turned up evidence that he and several partners had paid themselves millions of dollars without company approval. Two months later, Black was stripped of his chairmanship, and the company filed suit against him in Chicago, seeking $200 million in damages. Hollinger Inc., the Toronto-based parent company of the publishing company, also filed lawsuits.

In 2001, after being nominated by Margaret Thatcher to the House of Lords, Black gave up his Canadian citizenship and became Lord Black of Crossharbour. According to his attorney, Eddie Greenspan, Black disputes that he renounced his Canadian citizenship, arguing instead that “it was stolen from him” by “spiteful” former Canadian Prime Minister Jean Chretien.[8]

Before his conviction, Black maintained close ties to a number of influential conservative figures and think tanks. He was a close of associate of Perle and Henry Kissinger, both of whom served on Hollinger’s board, and Black served on the board of trustees of the neoconservative Hudson Institute and the Nixon Center.

Regarding his numerous corporate connections and institutional affiliations, his former bio page on the Hudson Institute website reported:

Lord Black is a director of Sotheby’s Holdings, Inc., Brascan Corporation, the Canadian Imperial Bank of Commerce, CanWest Global Communications, and the Jerusalem Post Limited, and serves on the Steering Committee of the Bilderberg Meetings and is chairman of the Advisory Council of the National Interest in Washington, DC. He has also been a member of the Trilateral Commission, the International Institute for Strategic Studies, the Chairman’s Council of the Americas Society, a trustee of the Malcolm Muggeridge Foundation, the Nixon Center, and the Hudson Institute in Indianapolis, Indiana, and a director of the Centre for Policy Studies in London, a member of the International Advisory Board of the Council on Foreign Relations in New York.[9]

Reportedly a polymath, Black has published books on a number of topics, including the 2003 biography, Franklin Delano Roosevelt: Champion of Freedom, described by Publishers Weekly as “not only the best one-volume life of the 32nd president but the best at any length, bound to be widely read and discussed.”

[8] Joe Warmington, ” Lawyer Eddie Greenspan Has Something to Tell the Media and the Public. His Client, Conrad Black, Is Going to Win,” Toronto Sun, January 3, 2006.