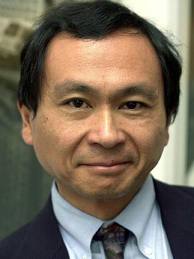 Francis Fukuyama is a well-known American political scientist based at Stanford University. He is best known for his post-Cold War thesis on the “end of history,” which asserted that “Western liberal democracy” is the “final form of human government.”[1] Most fully explored in Fukuyama’s 1992 book, The End of History and the Last Man, the idea was celebrated by many “freedom agenda” neoconservatives who gained influence during the George W. Bush administration. He is also the co-founder and editorial board chairman of The American Interest, a bimonthly magazine on world affairs and U.S. foreign policy.

Fukuyama has a long, ambivalent relationship with neoconservatism that dates back decades. Although he avidly supported the invasion of Iraq after the 9/11 attacks, he eventually re-evaluated his views in the wake of the country’s implosion after the U.S. invasion. Since then, he has emerged as a prominent critic of the movement. 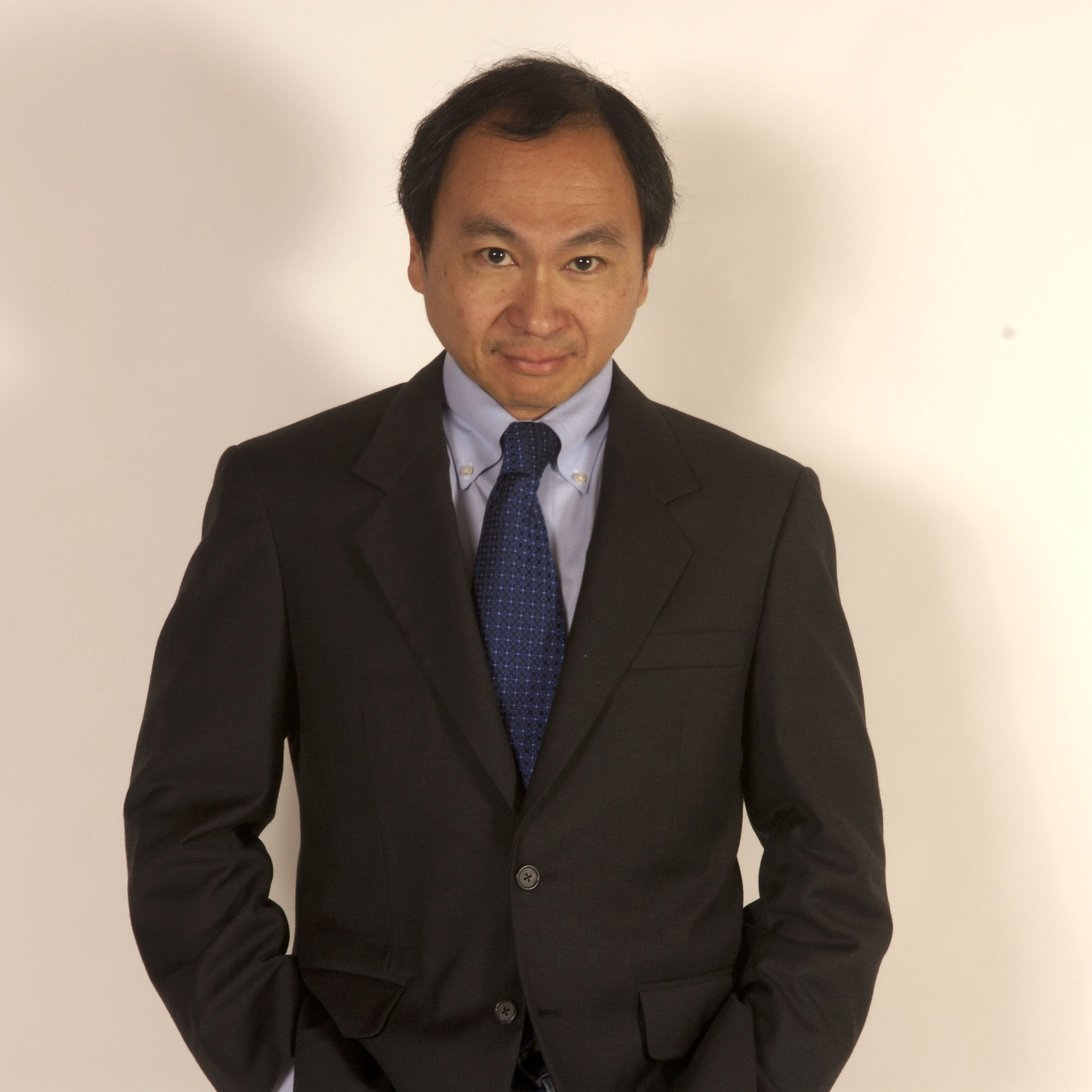 Fukuyama’s relationship with neoconservatism dates back to the 1970s, when he studied under the prominent “Straussian” political philosopher Alan Bloom at Cornell. (For more on the relationship between Strauss scholars and neoconservatism, see Right Web's Leo Strauss and Intelligence Strategy.) Then, in the 1980s, Fukuyama joined Paul Wolfowitz's hand-picked staff at the policy planning office of the Reagan State Department. According to James Mann, many of those chosen by Wolfowitz would over the next two decades form "the heart of a new neoconservative network within the foreign policy bureaucracy."[2]

Years later, in the late 1990s, Fukuyama signed his name to the founding statement of principles of the Project for the New American Century (PNAC), a now defunct letterhead group that called for a "Reaganite" foreign policy and rallied neoconservatives and other foreign policy hawks in support of the U.S. invasion of Iraq. Fukuyama signed a number of subsequent PNAC letters as well, including a 2001 letter issued after the 9/11 attacks that endorsed an expansive “war on terror” and called for the invasion of Iraq “even if evidence does not link Iraq directly to the attack.” Despite the letter’s indifference to whether Iraq was responsible for the 9/11 attacks, it warned that failure to invade the country would “constitute an early and perhaps decisive surrender in the war on international terrorism.”[3]

The following year, in 2002, Fukuyama defended the Bush administration’s ambitions to unilaterally attack Iraq in defiance of international law and institutions. “Europeans argue that they are trying to build a rule-based international order, and they are horrified by the Bush administration's announcement of a virtually open-ended doctrine of preemption against terrorists or states that sponsor terrorists,” wrote Fukuyama in a September 2002 Washington Post op-ed. But, he argued, "Americans are right to insist that there is no such thing as an 'international community' in the abstract, and that nation-states must ultimately look out for themselves when it comes to critical matters of security.”[4]

However, as the war in Iraq gave way to an increasingly bloody insurgency, Fukuyama emerged as one of the highest-profile neoconservative turncoats. In a much quoted 2004 essay called "The Neoconservative Moment"—an ironic twist on Charles Krauthammer’s seminal neoconservative essay, “The Unipolar Moment”—Fukuyama argued that neoconservatives had lost touch with new "empirical facts" in Iraq. These facts, according to Fukuyama, included "the failure to find weapons of mass destruction in Iraq, the virulent and steadily mounting anti-Americanism throughout the Middle East, the growing insurgency in Iraq, the fact that no strong democratic leadership had emerged there, the enormous financial and growing human cost of the war, the failure to leverage the war to make progress on the Israeli-Palestinian front, and the fact that America's fellow democratic allies had by and large failed to fall in line and legitimate American actions ex post."[5]

Predicting that the war would discredit the neoconservative moment writ large, Fukuyama added, “As the war in Iraq turns from triumphant liberation to grinding insurgency, other voices—either traditional realists like Brent Scowcroft, nationalist-isolationists like Patrick Buchanan, or liberal internationalists like John Kerry—will step forward as authoritative voices and will have far more influence in defining American post-Iraq War foreign policy. The poorly executed nation-building strategy in Iraq will poison the well for future such exercises, undercutting domestic political support for a generous and visionary internationalism, just as Vietnam did."[6]

Fukuyama’s conversion touched off a firestorm in the pages of The National Interest, a magazine founded by Irving Kristol where both Fukuyama and Krauthammer sat on the editorial board. Following a series of debates at the magazine—and Fukuyama’s increasing dissatisfaction with its editorial direction—Fukuyama and a number of like-minded staffers left The National Interest in 2005 to launch The American Interest.[7] (The National Interest itself also drifted increasingly away from its neoconservative roots and towards a more realist orientation in subsequent years.)

Undaunted by criticism from his erstwhile comrades, Fukuyama continued his critique of neoconservatism. "I have concluded that neoconservatism, as both a political symbol and a body of thought, has evolved into something that I can no longer support," he wrote in his 2006 book, America at the Crossroads: Democracy, Power, and the Neoconservative Legacy.[8] "Neoconservatism, whatever its complex roots, has become indelibly associated with concepts like coercive regime change, unilateralism, and American hegemony,” he added in a 2006 New York Times op-ed. “What is needed now are new ideas, neither neoconservative nor realist, for how America is to relate to the rest of the world—ideas that retain the neoconservative belief in the universality of human rights, but without its illusions about the efficacy of American power and hegemony to bring these ends about.”[9]

Since then, Fukuyama has towed a comparatively moderate line on foreign policy, notably calling for more aggressive diplomatic engagement with Iran. “If the only thing we're putting on the table is that we'll talk to you, it isn't going to work,” he wrote in 2007. “What the Iranians have really wanted over a long period of time is the grand bargain: the [U.S.] forswearing régime change, accepting the legitimacy of the Islamic Republic, restoring Iran's regional status, [and] full diplomatic relations."[10]

And unlike many foreign policy hawks who have characterized Iran as an implacable dictatorship, Fukuyama wrote in 2009 that while the Islamic Republic is no “liberal democracy,” it is also “not quite a tyranny, petty or grand.” Though Fukuyama wrote that the more theocratic elements of Iran’s constitution might be incompatible with fully democratic governance, he held out that “Iran could evolve towards a genuine rule-of-law democracy within the broad parameters of the [Islamic] 1979 constitution.”[11]

Alongside his foreign policy work and his much debated “end of history” thesis, Fukuyama has written extensively about political order and institutions.

In particular, he has argued that, due to ineffective democratic institutions, political polarization, and a political system awash in special interest money, U.S. democracy itself has become increasingly dysfunctional. "The American political system has decayed over time because its traditional system of checks and balances has deepened and become increasingly rigid," he wrote in a December 2013 American Interest commentary. "At a time of sharp political polarization, this decentralized system is less and less able to represent majority interests, but gives excessive representation to the views of interest groups and activist organizations that collectively do not add up to a sovereign American people."[12]

Elaborating on this theme in a Washington Post op-ed discussing Republican opposition to Obamacare (which, he said, "makes non-Americans scratch their heads in disbelief"), Fukuyama described American democracy as a "vetocracy" that "empowers a wide variety of political players representing minority positions to block action by the majority and prevent the government from doing anything."[13]

Some of Fukuyama's other books include Trust: The Social Virtues and the Creation of Prosperity (1995), The Great Disruption: Human Nature and the Reconstitution of Social Order (1999), Our Posthuman Future: Consequences of the Biotechnology Revolution (2002), State-Building: Governance and World Order in the 21st Century (2004), Falling Behind: Explaining the Development Gap between Latin America and the United States (2008), and The Origins of Political Order (2011).

[1] For more on Fukuyama's "end of history" thesis, see Jene Porter, "Review of History and the Idea of Progress," Canadian Journal of Political Science, March 1996.

[3] More info on PNAC, including a listing of its letters and their signatories, is available on Right Web's PNAC profile, http://www.rightweb.irc-online.org/profile/Project_for_the_New_American_Century.

[4] Francis Fukuyama, "U.S. vs. Them: Opposition to American Policies Must Not Become the Chief Passion in Global Politics," Washington Post, September 11, 2002.

[13] Francis Fukuyama, "Why are we still fighting over Obamacare? Because America was designed for stalemate," Washington Post, October 4, 2013, http://www.washingtonpost.com/opinions/why-are-we-still-fighting-over-obamacare-because-our-system-was-designed-that-way/2013/10/04/0ad4aaf6-2b79-11e3-b139-029811dbb57f_story.html.