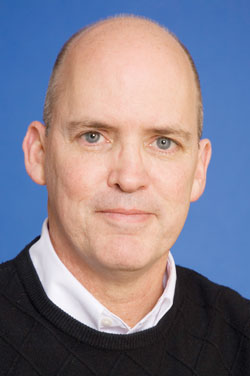 Gary Schmitt is a resident scholar at the neoconservative American Enterprise Institute, where he co-directs the Marilyn Ware Center for Security Studies and directs the Program on American Citizenship. He is a former executive director of the Project for the New American Century (PNAC), a key neoconservative letterhead group that played a leading role advocating war in Iraq and an expansive war on terror in the wake of 9/11.[1]

Schmitt is a fervent advocate of an aggressive, robust U.S. military posture around the world. “Absent American military strength,” he wrote with coauthor David Adesnik in June 2014, “dangers will grow—not recede.”[2] Accordingly, Schmitt has advocated aggressive U.S. policies throughout the Middle East and against Russia and China. 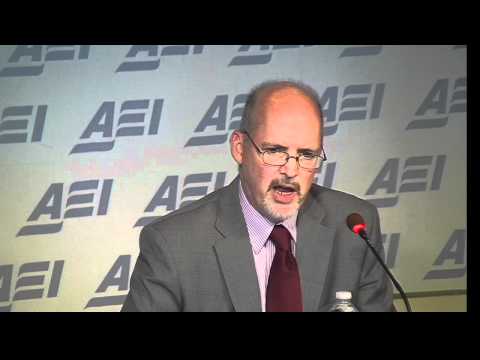 Schmitt became active in government policy work soon after receiving his PhD from the University of Chicago, where he fell under the influence of Leo Strauss, an academic regarded as a luminary by many second-generation neoconservatives. In 1981, after a stint as a research associate at the University of Virginia, Schmitt joined the staff of the Senate Select Committee on Intelligence, where he served until 1984. He then became director of Reagan's Foreign Intelligence Advisory Board, a position he held until 1988. Schmitt subsequently held a series of fellowships at the National Interest, the Brookings Institution, and the National Strategy Information Center, and served brief stints as a Pentagon contractor and a SAIS adjunct.[3]

In 1997, Schmitt helped found the Project for the New American Century along with several high-profile neoconservative figures, including William Kristol and Robert Kagan. As the executive director of PNAC and a secretary of the similarly oriented Committee for the Liberation of Iraq, Schmitt played a leading role in the neoconservative push for war in Iraq. "We know that Saddam's Iraq continues to pursue development of weapons of mass destruction—nuclear, chemical, and biological—believing that these are the ultimate keys to overcoming America's military dominance in the region,” Schmitt wrote in an October 2001 commentary for the Weekly Standard, echoing oft-repeated claims about Saddam Hussein’s WMD arsenal that proved untrue. “In short,” he concluded, “Iraq is both equipped with dangerous weapons and out to get the United States.”[4]

When Saddam Hussein’s WMDs failed to materialize, Schmitt insisted that “patience is required” and suggested that the alleged weapons had not been found “probably because Hussein destroyed them either before the UN inspectors returned to Iraq last December or just before the war began.” He warned his fellow neoconservatives that

“Failure to find [the WMDs] would complicate a president's ability to rally support for taking action in similar situations in the future.”[5] Schmitt never did renounce his support for the Iraq War, conceding only that “the execution should have been better.”[6]

Schmitt was also a steadfast supporter of the war in Afghanistan and a bitter critic of the Obama administration’s plans to wind down the U.S. troop presence there. “The nation might well be tired of war,” Schmitt wrote after the war had entered its 13th year and troop numbers were set to gradually decline, “but it’s only been a little over three years since President Obama announced his own surge and new strategy. When it comes to counterinsurgencies, a little patience goes a long way. But this is not a patient president. The pattern for Iraq, Libya, and now Afghanistan has been basically the same. End American military involvement as soon as possible, and damn the consequences.”[7]

Alongside the wars in Iraq and Afghanistan, Schmitt supported many other controversial counterterrorism policies as well.

Defending the NSA’s mass domestic surveillance program, for example, he claimed that there was no evidence the agency “has done anything untoward” and asserted that “it is virtually impossible” for the intelligence community “to carry out a program significantly impinging on American privacy and get away with it for any extended period,” in part because “there are intelligence community employees who would probably not hesitate to go public if they really thought American liberties were being threatened.”[8] (However, when former NSA contractor Edward Snowden did just that, Schmitt fumed that Snowden was “no patriot.”)[9]

Schmitt also expressed support for the U.S. drone war, writing that “Drone strikes can be an appropriate tool of war,” though not “a substitute for a comprehensive counterterrorism policy.” Chiding the “near hysterics” of “libertarians of the left and the right,” Schmitt also defended the targeting of U.S. citizens in drone strikes, invoking the Second World War. “During World War II,” he wrote, “a small number of German Americans fought for Nazi Germany as members of the Waffen-SS. Does anyone think the U.S. military would have given a second thought to whether it might kill those traitors?”[10]

In 2013, a decade after he helped hype the invasion of Iraq, Schmitt became an advocate of U.S. intervention in Syria’s civil war, which was intricately linked with the fallout from the U.S. intervention in Iraq. Schmitt likened Syria to Bosnia, where NATO had intervened in the 1990s. “The parallels with Syria are not a perfect match, of course,” he wrote in a September 2013 blog post for the Weekly Standard. “But in both cases tens of thousands have died, innocents have been brutalized, and massive numbers have been exiled from their homes, towns, and country. And what is a match as well is the never ending hope by Washington and other capitals that a deal can struck that will take the burden of military action off their shoulders.”[11]

Schmitt has also written at length about the West’s standoff with Russia over the fate of Ukraine and other countries on Russia’s periphery. Schmitt advocates a confrontational course that includes expanding the NATO military alliance, which he has called “the most important political-military alliance in human history,”[12] right up to Russia’s borders—a policy many critics credit with provoking Russia’s actions against its neighbors in the first place.[13]

Blaming Russia’s actions in Ukraine on the West’s disinclination to intervene during Russia’s 2008 war with Georgia, Schmitt wrote in March 2014, “There will be no peace for Ukraine until and unless Putin sees the cost for his behavior as being greater than the rewards, and there will be no permanent stability in Eastern Europe absent NATO expansion. And neither of those can occur until the U.S. puts aside the idea that the Russian government is just like any other government and accepts the fact that, in the absence of a strong American military presence, its competitors and adversaries will fill that vacuum.”[14]

In his enthusiasm to expand NATO, Schmitt has suggested dramatic measures such as revoking U.S. security guarantees for Western European countries unless they increase their military spending to counter the purported Russian threat.[15] He has also called on the U.S. Congress to “immediately restore the defense-budget cuts imposed under the Budget Control Act.” In language reminiscent of Cold War rhetoric, he insisted that the next Republican presidential candidate should “remember the wisdom of the Reagan buildup” and “articulate the need for American power and a plan for comprehensive rearmament to preserve the increasingly fragile peace.”[16]

Schmitt also devotes considerable attention to China, accusing Beijing of “great-power bullying,”[17] advocating U.S. espionage in Chinese leadership disputes,[18] and urging the United States to side with Japan in its territorial disputes with Beijing.[19] He has expressed support for the Obama administration’s plans to shift U.S. military resources to the Pacific, though not if it comes “at the expense of [U.S. involvement in] other key parts of the globe.”[20]

Schmitt has edited and contributed to a number of books with his AEI colleagues, including U.S. Intelligence at the Crossroads: Agendas for Reform (1995), Silent Warfare: Understanding the World of Intelligence (2002, with Abram Shulsky), Of Men and Materiel: The Crisis in Military Resources (2007, with Thomas Donnelly), The Rise of China: Essays on the Future Competition (2009), and Safety, Liberty and Islamist Terrorism: American and European Approaches to Domestic Counterterrorism (2010).[21]