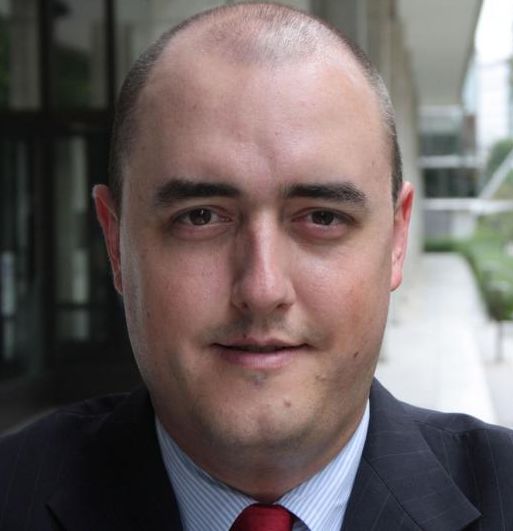 Jamie Fly, a former adviser to the George W. Bush administration, served as executive director of the Foreign Policy Initiative (FPI) during 2009-2013 and was a blogger for the Weekly Standard, both bastions of beltway neoconservative advocacy.[1] Fly’s experience includes serving in the National Security Council and the Defense Department during the Bush presidency, stints at the Claremont Institute and the American Enterprise Institute, and working as a research associate at the Council on Foreign Relations.[2]

In early 2013, Sen. Marco Rubio (R-FL), then a presumptive candidate for the GOP presidential contest, hired Fly to be his “counselor for foreign and national security affairs.”[3] News of the appointment prompted one blogger to write: “Despite the neoconservative movement’s ideas being thoroughly out of the mainstream, the neocons remain with us, shaping the U.S. foreign policy debate.”[4] 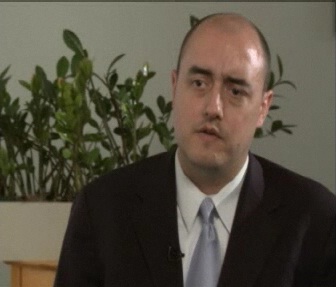 Quipped another observer: “If you want a foreign policy adviser with strong ties to the neocon world, it’s hard to do better than Fly.”[5]

Fly, who was replaced by Chris Griffins as director of FPI, first gained public prominence when he was tapped to head the neoconservative advocacy  group in 2009. Founded by several high-profile neoconservative figures—including William Kristol, Robert Kagan, and Dan Senor—FPI is similar in its aims and operations to the now-defunct Project for the New American Century (PNAC), a letterhead organization associated with AEI that played an important role in advocating the U.S.-led invasion of Iraq after the 9/11 terrorist attacks.[6] As a successor to PNAC, FPI is devoted to promoting an aggressive U.S. security posture in the post-George W. Bush era.

In 2012, Fly co-authored with former PNAC director Gary Schmitt an article for Foreign Affairs advocating extensive bombing strikes against Iran’s nuclear sites. Contradicting numerous studies concluding otherwise, the authors argued that an aggressive bombing effort could help prompt regime change in the country. They wrote: “A limited strike against nuclear facilities would not lead to regime change. But a broader operation might. It would not even need to be a ground invasion aimed specifically at toppling the government. The United States would basically need to expand its list of targets beyond the nuclear program to key command and control elements of the Republican Guard and the intelligence ministry, and facilities associated with other key government officials. The goal would be to compromise severely the government’s ability to control the Iranian population. This would require an extended campaign, but since even a limited strike would take days and Iran would strike back, it would be far better to design a military operation that has a greater chance of producing a satisfactory outcome.”[8]

In contrast to the optimist scenario depicted by Fly and Schmitt, according to Think Progress, “A bipartisan expert report released last September concluded that in order to achieve regime change, ‘the occupation of Iran would require a commitment of resources and personnel greater than what the U.S. has expended over the past 10 years in the Iraq and Afghanistan wars combined.’”[9]

Fly has denounced diplomacy with Iran and argued for military strikes against the country’s nuclear facilities. In 2011 he wrote: “It is time to take military action against the Iranian government elements that support terrorism and its nuclear program. More diplomacy is not an adequate response.”[10]

More recently, in a January 2013 op-ed published in the Wall Street Journal, Fly argued that a more robust U.S. role in the Syrian conflict was necessary to secure that country’s stockpile of chemical weapons in the event of regime collapse. “If Mr. Obama is serious about ensuring that terrorists don’t get their hands on weapons that could be used against American interests or personnel in the region or even on the U.S. homeland, the only solution is early and sustained planning to stabilize a post-Assad Syria,” he wrote. “Veiled threats against the Assad regime—after nearly two years of benign neglect toward the chaos in Syria—won’t be enough to protect Americans and our allies. And they certainly won’t help Syrians rid themselves of Bashar Assad.”[11]

In a quote published by neoconservative Washington Post blogger Jennifer Rubin, Fly criticized the Obama administration’s tentative plans to leave a relatively small U.S. force in Afghanistan after its planned 2014 withdrawal. Fly said the force, thought to number in the low thousands, “is nowhere near enough to achieve our goal of an Afghanistan that does not again become a safe haven for those trying to attack us. It appears that the White House has learned all the wrong lessons from its negotiations with Iraq over a post-2011 presence. The stakes in Afghanistan are, unfortunately, even higher.”[12]

Fly also teamed up with representatives from like-minded organizations to promote policy agendas. In October 2010, for example, Fly co-authored “Maintaining Defense Spending Critical to US-UK Special Relationship” with Alan Mendoza of the UK-based Henry Jackson Society, a group widely regarded as a bastion of neoconservatism in Europe. They argued that “Restoring appropriate funding levels to defense budgets” was the best way to “signal the firm commitment of both nations to our common defense and freedom.” They added, “The threat of tyranny did not disappear after the Cold War, but rather fragmented into new, asymmetrical dangers which span the wide spectrum of conflict. The free world still looks to the United States and the United Kingdom for leadership as we meet the challenges of global terrorism, cyber war, new and resurgent powers, piracy, and economic security. Strategic thinking and budgetary decisions should not focus on rebuilding our militaries based upon the current needs of the war in Afghanistan today, but on our ability to confront the growing threats of tomorrow.”[13]

Fly also used his perch at the Weekly Standard blog to promote a variety hawkish perspectives, including pressing a hardline on Iran, criticizing President Barack Obama for “engaging” “terrorists,” and excoriating the international community for criticizing the mid-2010 Israeli commando attack on an international aid flotilla to Gaza, which resulted in the deaths of several unarmed activists.[14]

According to his biography on the FPI website, during his time in the Bush administration Fly “was Director for Counterproliferation Strategy at the National Security Council, where his portfolio included the Iranian nuclear program, Syria, missile defense, chemical weapons, proliferation finance, and other counterproliferation issues. In the Office of the Secretary of Defense, he was an Assistant for Transnational Threats Policy, where he helped to develop U.S. strategy related to the proliferation of missiles as well as nuclear, chemical, and biological weapons. For his work in the Department of Defense, he was awarded the Office of the Secretary of Defense Medal for Exceptional Public Service.”[15]

His other professional experience includes being “a Research Associate at the Council on Foreign Relations from 2002-2004, where he worked on European and national security issues. He has worked at the World Bank and interned at the American Enterprise Institute, the American Embassy in London, and the United States Senate. … Mr. Fly was a 2004 German Marshall Fund Manfred Wörner fellow, 2009 Claremont Institute Lincoln fellow, and he participated in the 2004 Aspen Institute’s Transatlantic Young Leaders Program in Berlin, the 2006 Atlantik Brücke German-America Young Leaders Conference, and the 2006 Bucerius Summer School on Global Governance.”[16]