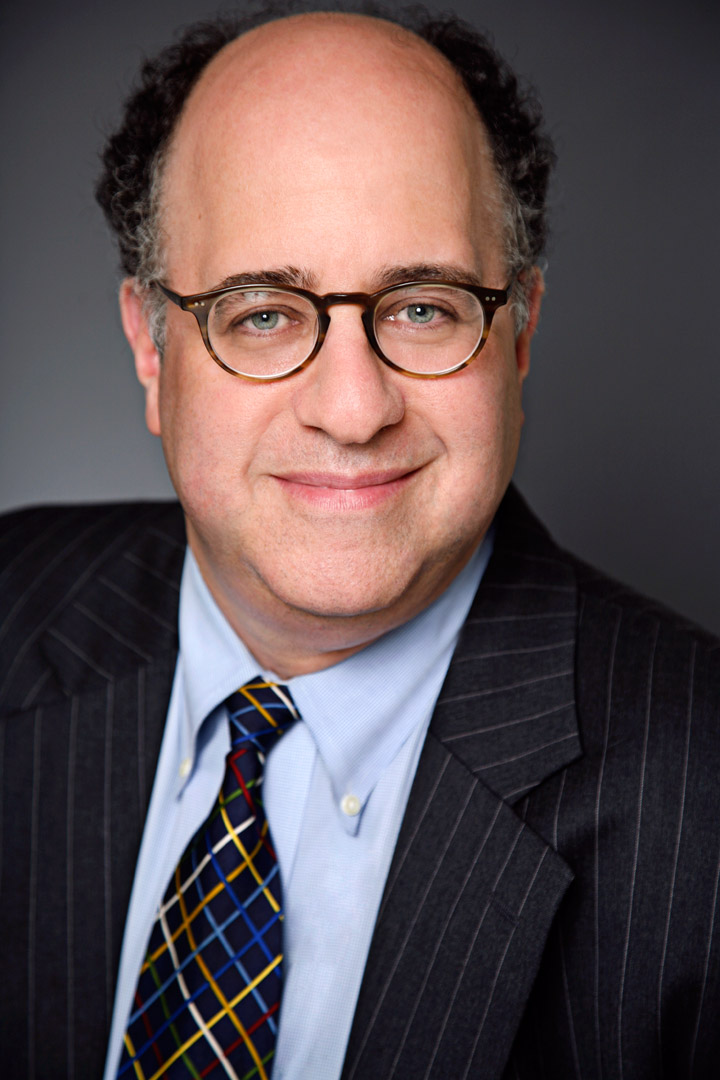 Podhoretz is part of a well-established neoconservative clan. He is the son of trailblazing ideologues Norman Podhoretz and Midge Decter, the stepbrother of the late Rachel Abrams,and the brother-in-law of Elliott Abrams. Like the other members of his family, "JPod”—as he is sometimes called—has been a strident proponent of aggressive U.S. foreign policies and a vocal supporter of Israel, as well as a rightist commentator on U.S. domestic politics and pop culture. 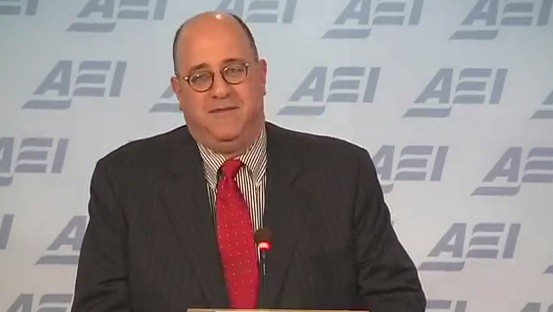 An avowed American exceptionalist, Podhoretz has written that "there is an innate moral quality to American action in the world outside its borders"[1] and echoed Charles Krauthammer's line that "decline is a choice," insisting that the United States should design its military and foreign policy with the express purpose of maximizing its ability to intervene in world affairs.[2] He has repeatedly employed these memes in his criticism of President Barack Obama, writing that  "Obama’s social-democratic statism is setting the United States on a course for disaster and … his anti-exceptionalist foreign policy is setting the world on a course for nihilistic chaos."[3]

Podhoretz takes a particularly hard line on the Middle East. He was a vocal supporter of the Iraq War and has supported military action against several countries since—especially Iran and Syria. "Nothing would both surprise me, please me, and make me revisit a great deal of my thinking over the last couple of years, than if Barack Obama chooses to strike the Iranian nuclear program," he wrote in May 2010,[4] a year after declaring that "the United States government should be encouraging to the extent possible, the greatest degree of confusion and internal division in Iran."[5]

In 2012, Podhoretz signed an open letter organized by the neoconservative Foundation for Defense of Democraciesand the Foreign Policy Initiative, a successor group to the Project for the New American Century. The letter called on the Obama administration to send arms to Syrian rebel groups and to institute "safe zones," presumably via some kind of military intervention, inside Syria.[6] Although the administration eventually increased its support for Syria's rebels, it demurred on launching its own airstrikes, prompting Podhoretz to accuse Obama of "being humiliated, acting weak, behaving in vacillatory fashion, making a mockery of your office, destroying your country’s credibility, [and] making your own words look desperately foolish."[7]

Much of Podhoretz’s more strident rhetoric concerns Israel. He has been a vocal supporter of many of Israel’s most controversial actions, including its 2014 war on Gaza, which killed well over 1,000 civilians—a lopsided toll which Podhoretz blamed on the Palestinians, writing that “Hamas wants to use its own people both as human shields and as public-relations weapons” (though Podhoretz also blamed the civilians themselves, whom he said had “elected a terrorist group dedicated to the destruction of Israel”).[8] Elsewhere, he has claimed that “The Palestinians don’t want a deal” with Israel. “They prefer outright war or cold war, and the continued immiseration and statelessness of the Palestinian people.”[9]

Podhoretz has been an especially harsh critic of the Obama administration’s efforts to broker peace between Israel and the Palestinians. When Secretary of State John Kerry expressed frustration with Israel’s intransigence on settlements and prisoner exchanges amid scuttled 2014 peace talks, for example, Podhoretz wrote that “There can no longer be the slightest doubt as to the essential hostility of the Obama administration toward the Jewish state.”[10]

When the Obama administration called on Israel and Hamas to agree to an unconditional ceasefire in the 2014 conflict, Podhoretz fumed that Obama had crossed a “red line here no other American leader ever has. … He’s decided Israel is in the wrong and that Hamas needs to be saved from Israel’s might. In which case, he is personally intervening against an American ally with a legitimately elected and deeply fractious coalition government on behalf of a terrorist organization.”[11]

Podhoretz has taken aim at other U.S. critics of Israel, particularly within the American Jewish community. “American Jews who condition their support of Israel by standing in superior judgment of the extremely difficult choices it has been forced to make,” he wrote in 2014, “for decades now, are guilty of converting a country of flesh-and-blood people into a one-dimensional player performing in an abstract moral pageant of their own staging and design. … They are using what they have in common with Israel as a weapon against it, all the while claiming they are acting on its loving behalf.”[12] In one notorious case, Podhoretz accused Max Blumenthal—a Mondoweiss contributor and the author Goliath: Life and Loathing in Greater Israel—of “suck[ing] the cocks of Jew-haters and murderers” (a remark for which he later apologized).[13]

Podhoretz’s political experience and ideological evolution date back to the formative years of neoconservatism, during the late 1970s and early 1980s. At the University of Chicago, he fell under the influence of Allan Bloom, the Leo Strauss acolyte who authored the controversial bestseller The Closing of the American Mind. He went on to serve brief stints in a series of government jobs, working as a speechwriter for Ronald Reagan in 1988 and for George H. W. Bush in 1989. He was also a special assistant to Drug Czar William Bennett in 1989.

In 1994-1995, Podhoretz helped launch the Weekly Standard, a magazine formerly owned by right-wing media mogul Rupert Murdoch that has served as a leading neoconservative outlet since the late 1990s. However, overshadowed at the Standard by William Kristol and Fred Barnes, in 1997 Podhoretz left for another of Murdoch's enterprises, the New York Post.

Although his family is deeply associated with high-brow political commentary, Podhoretz has carved out a niche in lighter fare at the intersection of popular culture and politics. He continued his association with the Standard, for example, by writing movie reviews. In 2001, during the run of the popular political television series West Wing, Podhoretz trashed the show and its creator Aaron Sorkin: "I don't know about you, but frankly, I don't need any lessons on theology, destiny, public service, job creation, pay equity, or conservative ideology from a crack addict.”[14] (Despite this, two years later, Podhoretz became a consultant for the show.)

Podhoretz was an early and persistent supporter of the Iraq War. Instead of reconsidering his support as the war effort was beset by a prolonged counterinsurgency and plagued by sectarian bloodletting, however, Podhoretz penned a controversial 2006 column for New York Post wondering whether the war had been insufficiently violent. "What if liberal democracies have now evolved to a point where they can no longer wage war effectively because they have achieved a level of humanitarian concern for others that dwarfs any really cold-eyed pursuit of their own national interests?" he speculated.[15]

He then asked whether the United States and Britain would have won World War II if they "did not have it in them to firebomb Dresden and nuke Hiroshima and Nagasaki." Drawing a parallel to Iraq, he continued: "What if the tactical mistake we made in Iraq was that we didn't kill enough Sunnis in the early going to intimidate them? … Wasn't the survival of Sunni men between the ages of 15 and 35 the reason there was an insurgency and the basic cause of the sectarian violence now?”[16]

The outrage over the article, which some commentators argued resembled a call for genocide, spurred Podhoretz to write a piece for the National Review blog titled "No I Am Not in Favor of Genocide.” He wrote: "I think it's fair to say that we would rather our civilization die than that we commit such acts. …. The fundamental question I was posing is this: What if only a civilization willing to commit them can successfully extirpate a conscienceless menace like Islamic extremist terror? This is not a rhetorical question. I don't know the answer. I don't even know if this is the right question. But we are back, it seems, at the point at which Herman Kahn wrote Thinking About the Unthinkable. Even the act of trying to think through the nature of the struggle we're facing is itself deemed criminal."[17]

In 2007, Podhoretz was tapped to become the next editor of Commentary, inheriting a position at the influential neoconservative publication that had been occupied by his father Norman for decades. The appointment spurred charges of nepotism—or, as one New York Times writer dubbed it, "neo-nepotism."

Reported the Times: "Of the more than 30 people contacted for this article, several who have written for the magazine or have contributed money to the Commentary Fund said they were troubled by the family connection, the lack of an open search process, and what they consider to be Mr. [John] Podhoretz's lack of intellectual credentials for such a highbrow journal, partly because he has written so much about popular culture. A former writer for Commentary said the appointment repudiated one of neoconservatism's founding principles, a commitment to meritocracy."[18] Podhoretz officially assumed control of the publication in 2009.

Podhoretz is also known for his writing on Hillary Clinton. He is the author of the 2006 invective Can She Be Stopped? Hillary Clinton Will be President Unless... According to the Publishers Weekly review, "Claiming that Hillary's presidential aspirations represent 'a colossal threat to the nation's economic viability and its national security,' Podhoretz lays out a plea and a plan for conservative action."[19]

In an interview with the neoconservative FrontPageMag.com, Podhoretz said he saw Sen. Hillary Clinton (D-NY) as a serious contender for the 2008 presidential election but felt his fellow right-wingers were oblivious to the danger she posed: "The book was conceived as a wake up call to the right," he said.[20]

By 2014, however, Podhoretz joined other neoconservative figures like Max Boot and Robert Kagan in adopting a more conciliatory approach towards Clinton. In an August 2014 piece for the New York Post, Podhoretz praised Clinton for supporting “more aggressive efforts” toward Syria and Russia than Obama and separating herself from what he called “the administration’s disdainful treatment of Israel.”[21]

Podhoretz’s books include Hell of a Ride: Backstage at the White House Follies 1989-1993 (1993) and Bush Country: How Dubya Became a Great President While Driving Liberals Insane (2004). In addition, he was a consulting editor of the now defunct imprint of HarperCollins called ReganBooks, which published his mother's autobiography, An Old Wives Tale: My Seven Decades in Love and War (2001).

[10] John Podhoretz, “The Antagonist in the White House,” Commentary, May 1, 2014, http://www.commentarymagazine.com/article/the-antagonist-in-the-white-house/.