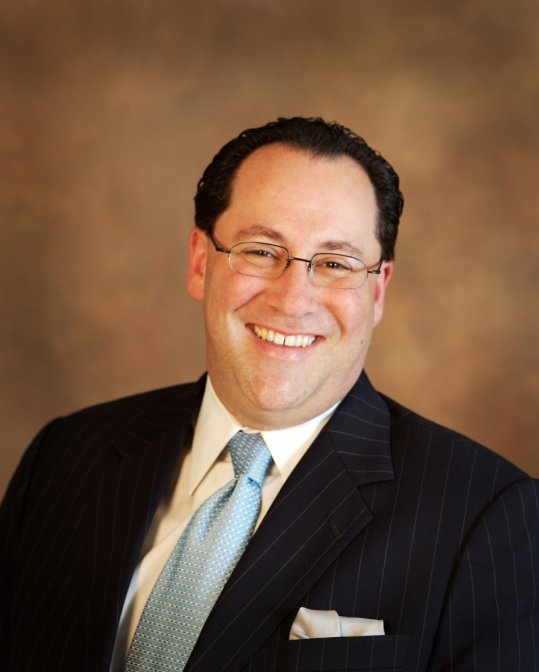 Matt Brooks is the executive director of the Republican Jewish Coalition (RJC), a national lobby group that agitates for a hawkish, "pro-Israel" U.S. foreign policy, promotes right-wing domestic policies, and attempts to market the Republican Party to the Democratic-leaning American Jewish community.

Brooks has directed both the RJC and its associated think tank, the Jewish Policy Center, since 1990. With an annual salary of over half a million dollars, he has been characterized by the Israeli newspaper Haaretz as one of the most "overpaid" Jewish NGO heads.[1] 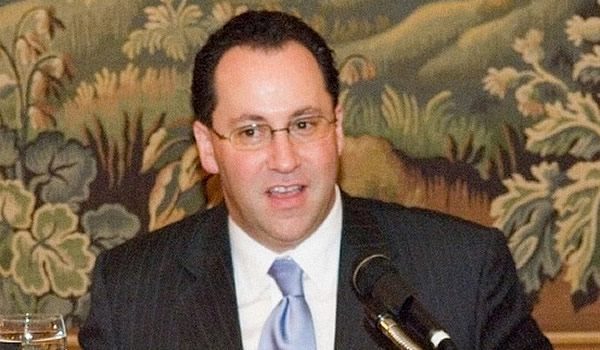 Before joining the RJC, Brooks was chairperson of the Massachusetts College Republicans and a GOP political operative who worked on the presidential campaigns of both Jack Kemp and George H.W. Bush.[2] He is also a former board member of Freedom's Watch, a now-defunct neoconservative advocacy group that rallied support for the Bush administration's "surge" in Iraq.[3]

Brooks has been a staunch right-wing critic of the Obama administration's foreign policy. In a 2013 op-ed summing up his views, Brooks claimed that Obama "is convinced that America’s foreign policy options should be limited, in humble penance for past crimes, real or imagined, that America committed (particularly those he can blame on President George W. Bush)." Accusing Obama of rejecting "the idea of American exceptionalism," Brooks criticized the president for wanting "to pull the U.S. out of military entanglements" and "preferring the process of negotiations and 'diplomatic solutions' to the use of American power."[4]

Brooks has also criticized the U.S. withdrawals from Iraq and Afghanistan, accused the Obama administration of harboring an "inexplicable preference" for Egypt's democratically elected (but since deposed) Muslim Brotherhood government over the dictator Hosni Mubarak, claimed that Obama has "strengthened" Syrian President Bashar al-Assad, and repeated an oft-repeated but never verified claim that Iran is "weeks, rather than months or years, from developing nuclear weapons."[5]

On Israel and the GOP

Brooks' primary foreign policy concern is ensuring steadfast U.S. support for the government of Israel, even when the policies of Israel's government—such as its illegal settlement expansion in the occupied Palestinian territories and its opposition to the creation of a Palestinian state—are at odds with longstanding priorities of the U.S. government.

In 2015, for example, after House Speaker Rep. John Boehner controversially invited Israeli Prime Minister Benjamin Netanyahu to challenge President Obama’s Iran strategy before Congress, Brooks loudly supported Netanyahu’s decision to make the speech despite the widespread outrage it had spurred.[6] He even attempted to intimidate Democratic members of Congress who had declared their intention to skip the speech. “This is, I think a critical visit by the prime minister. If these Democrats would rather put partisan politics ahead of principle and walk out on the prime minister of Israel, then we have an obligation to make that known,” said Brooks. “We will commit whatever resources we need to make sure that people are aware of the facts, that given the choice to stand with Israel and Prime Minister Netanyahu in opposition to a nuclear Iran, they chose partisan interests and to stand with President Obama.”[7]

Remarked Politico: “Brooks wouldn’t specify what methods this shaming campaign would use, but he promised that his group would do what it could. And since it’s backed in part by billionaire Sheldon Adelson, who’s led efforts to connect Republican politics to support of Israel, there’s at least an implicit threat to use his funds to draw attention in the districts and home states of any member who’s not in the chamber to listen to Netanyahu on March 3.”[8]

In 2014, after U.S. Secretary of State John Kerry blamed the failure of U.S.-brokered peace talks on Israeli intransigence over settlement construction and an aborted prisoner exchange, Brooks declared: "The simple fact is that while Israel has supported the peace talks, the Palestinians have consistently undercut them. … Secretary Kerry’s testimony today is a troubling consequence of the Obama administration’s assumption that increasing the pressure on Israel will bring the Palestinians back to a process they have repeatedly rejected."[9]

Brooks and the RJC have been at the forefront of efforts to lure Jewish voters, who have traditionally leaned Democratic, to the Republican Party, in part by emphasizing the GOP's hard line on Israel. (Traditional "pro-Israel" lobbies like the American Israel Public Affairs Committee, by contrast, have generally attempted to maintain a veneer of bipartisanship. But as Brooks told an interviewer in 2014, "I am not shackled by the handcuffs of bipartisanship.")[10]

The effort reached a fever pitch during the 2012 presidential election, when the RJC launched a major campaign—funded in large part by RJC board member and GOP super-donor Sheldon Adelson—to target Jewish voters in key swing states. "There are two immutable truths about the Middle East in 2012, one new and one old: Iran is the greatest strategic threat in the region, and Israel is our truest friend in the region," Brooks said at the time. "Mitt Romney understands these truths and will act on them."[11]  Obama eventually won 70 percent of the Jewish vote.

Since then, Brooks has worked to enforce a hard line on Israel within the GOP itself. In 2014, for example, the RJC hosted several prominent Republican politicians and potential president candidates—including former Florida governor Jeb Bush, New Jersey governor Chris Christie, and Wisconsin governor Scott Walker, among others—at an event in Las Vegas where candidates discussed the importance of a "strong U.S.-Israel relationship." However, Brooks was irked when media coverage of the event focused in on Adelson, who owned the venue and whose financial backing the prospective candidates were likely courting. "Because of their obsession with one man," Brooks claimed, "the media’s depiction of our meeting was exaggerated and ignored the real news story here: the warm relationship between the GOP and the American Jewish community."[12]

Brooks' efforts have been complicated, however, by the rise of a libertarian-leaning Tea Party faction within the GOP which, while still generally "pro-Israel," expresses greater skepticism U.S. intervention abroad. Brooks has described Sen. Rand Paul (R-KY), a standard-bearer of the GOP's libertarian faction in the Senate, as a "neo-isolationist" whose views are "outside the comfort level of a lot of people in the Jewish community, and in many ways outside of where the Republican Party is on many critical issues."[13] And in 2014, after a Tea Party challenger defeated GOP House Majority Leader Eric Cantor—who was the only Jewish Republican in Congress at that time—in a Republican primary election, Brooks lamented that the chamber had lost "an important pro-Israel voice" and "a leader on security issues, including Iran sanctions."[14]

On the Middle East

Brooks' hardline views on the Middle East have been reflected in the RJC's policy agenda. Outlining some of the RJC's priorities in 2013, for example, Brooks said the group would press for "full funding for military assistance to Israel," "enhanced sanctions, increased U.S. diplomatic pressure, and greater international pressure on the Iranian regime," and the adoption of a resolution sponsored by Sen. Lindsey Graham (R-SC) that would pledge "diplomatic, military, and economic support to Israel" in the event that it unilaterally decided to attack Iran.[15]

A major RJC priority has been to stall international negotiations over Iran's nuclear enrichment program. "President Obama assumes that the Iranian leaders negotiate in good faith and will respond to positive incentives," Brooks claimed in November 2013. "That has never been the case. The Iranians want nuclear weapons and they have been working toward that goal with stealth and subterfuge for many years."[16] (In fact, U.S. intelligence analysts have insisted that Iran shuttered its nuclear weapons research as far back as 2003.)

After the talks produced a breakthrough interim agreement in late 2013 in which Iran agreed to restrict its enrichment in exchange for token sanctions relief while talks were underway, Brooks mobilized the RJC in support of "preventative" sanctions legislation sponsored by Sens. Mark Kirk and Robert Menendez, which Brooks put "at the forefront of the RJC’s legislative agenda." Critics said the sanctions were designed to scuttle the talks by violating a U.S. pledge not to impose further strictures during the negotiations. Brooks, on the other hand, claimed in a 2014 statement that the bill "gives our negotiators the necessary tools to stop operating from a posture of weakness and start demanding that the regime in Iran end its nuclear program—period."[17]

Brooks also mobilized the RJC in favor of a U.S. military strike on Syria. Like many right-wing supporters of U.S. intervention in Syria's war, RJC emphasized the Assad regime's relationship with Iran. "As Iran’s regime moves ever closer to its goal of obtaining a nuclear weapons capacity," said the RJC in an "action alert" urging its members to support a strike, "the Tehran regime and others around the region are watching closely to see whether the American people will stand behind international commitments—both threats against adversaries and assurances to allies. It is imperative that the U.S. preserve its ability to project a credible military deterrent."[18]

Brooks was previously a high-profile supporter of the Iraq War, telling an interviewer in 2006 that "bringing freedom and democracy to Iraq is integral to fighting the global war on terror."[19]